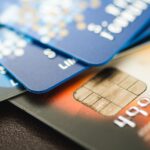 Dominion Energy Virginia wants its customers, not its shareholders, to pay an interest penalty for the privilege of taking three years to pay off the recent explosion in its fuel costs. The company is paying  about $1 billion more for fuel than it planned when the fuel portion of bills was set a year ago.

In prior years, years with lower inflation and interest costs, the utility has agreed to cover the carrying charges internally when it spread those recoveries over multiple years. It is taking a different position in this period of high inflation and high interest rates, with borrowing costs likely rising more in the near future.

The request to ding the customers for interest has been agreed to by the State Corporation Commission’s own staff and a coalition of the state’s large industrial users. They offered up a proposed stipulation with Dominion which would have to be approved by the judges of the Commission to take effect.

They seek $27 million in interest charges from customers for the first year and offer to go halfsies on the projected $55 million combined for years two and three. So, customers would pay two-thirds of the interest and the company would eat one-third.

The stipulation has drawn strong objections from Attorney General Jason Miyares (R), through his Office of Consumer Counsel, and a coalition of environmental groups.

Every Dominion bill includes a separate line for fuel costs based on that customer’s usage, which by law is a simple pass through of the utility’s actual costs with no profits added. Every year the charge is adjusted up or down based on the accounting for the previous period and estimated costs to come, a process called a “true-up.” With coal, natural gas and even uranium charges rising rapidly since last winter, the “true-up” was going to be painful.

The new fuel charge is just over 3.5 cents per kilowatt hour. Unlike other bill elements, all customers in all classes pay the same rate, so it is a more significant cost increase to the largest industrial users. About one-half cent per kWh is the portion collecting 2021-22 costs not anticipated a year ago.

Dominion’s proposal to spread the hit to consumers over three years has been previously reported. The SCC did approve that three-year split on a tentative basis, effective July 1, with the details still being debated at the Commission.  Until recently, the question of adding interest costs to those two delayed payments was not a focus.

The bill increases startling unaware Dominion customers this month (doesn’t everybody read Bacon’s Rebellion?) will be only slightly higher if the Commission grants the company permission to add $27 million more interest costs. More significant, perhaps, is the agreement to the change in approach by the SCC’s own internal staff and the policy gap it creates with the Attorney General.  In testimony, the staff supported the no-added-interest approach.

Writes Consumer Counsel Meade Browder in his comment on behalf of his boss Miyares:

As Consumer Counsel noted at hearing, there is no good option for Dominion’s customers in this case. Even with rate mitigation that defers much of the Company’s unrecovered fuel cost to the future, there will be profound rate shock to all classes of customers when they receive their bills following the 73% interim fuel rate increase in July, and again next July in the second year of the deferral recovery period. This rate shock will be on top of the financial challenges many customers are already facing due to inflationary pressures throughout the current economy.

Given these significant challenges facing customers, the only fair and equitable option is Dominion’s preferred three-year recovery period coupled with the Company bearing all of the estimated $55 million in additional financing costs associated with its voluntary mitigation proposal. If the Company is now unwilling to abide by its past commitments to waive incremental financing costs in these situations, the Commission should order it.

Writes attorney William Cleveland of the Southern Environmental Law Center in a comment for Appalachian Voices:

The proposed mitigation plan increases, in absolute dollars, the amount of costs ratepayers will bear for the unrecovered fuel balance. Allowing Dominion to recover those increased carrying costs will, as Dominion admits, make it “financially indifferent” to the timing of recovery. As a result, Dominion’s proposal effectively charges customers more money for the privilege of paying off the unrecovered fuel costs over a longer period of time.

Well, that’s how credit usually works in the marketplace, but in those cases the debtor usually agreed up front and has the option to pay it off early.  Not discussed by either comment is what happens when the company over-collects on the fuel charge.  Does it make refunds with interest in the true-up process?

Cleveland also pounded the stipulation on a point probably more important to Dominion, point five in the document, dealing with records the environmentalists want kept about the operation of Dominion’s remaining coal plants. He wants the SCC to order substantial record keeping and sharing, relevant to this case presumably because running the plants raises the payments for coal. His clients want the coal plants gone as soon as possible, of course.

Nothing in the Stipulation alters Dominion’s opposition to providing any justification for its decision to self-schedule coal units that lose customers money. As such. Environmental Respondent respectfully requests that the Hearing Examiner recommend that the Commission reject Paragraph 5 and instead require Dominion to report the above-listed information, which will give the Commission far better insight into Dominion’s practice of self-scheduling units.

Both comments were actually addressed to a hearing officer, who will recommend decisions to the full Commission.