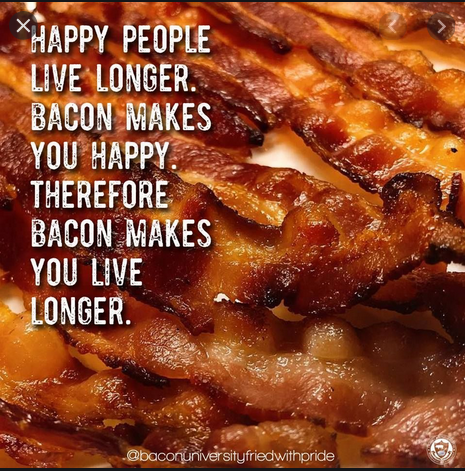 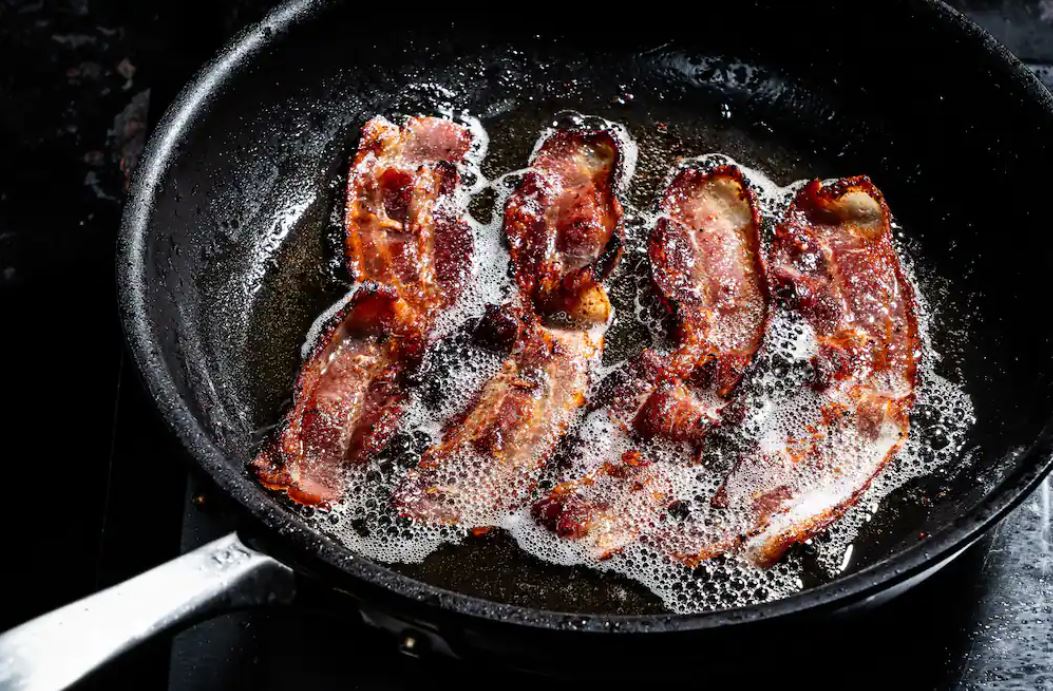 The Washington Post has redeemed itself (if only ever-so-briefly). Writer Aaron Hutcherson describes the best way to cook crispy bacon. He truly gets what bacon is all about: “For me, the epitome of this cured pork product is audible crispiness. You might be a fan of some chew or tenderness, which is fine by me because that’s your business, but I want there to be a snap and a crunch each time a strip passes my lips.” 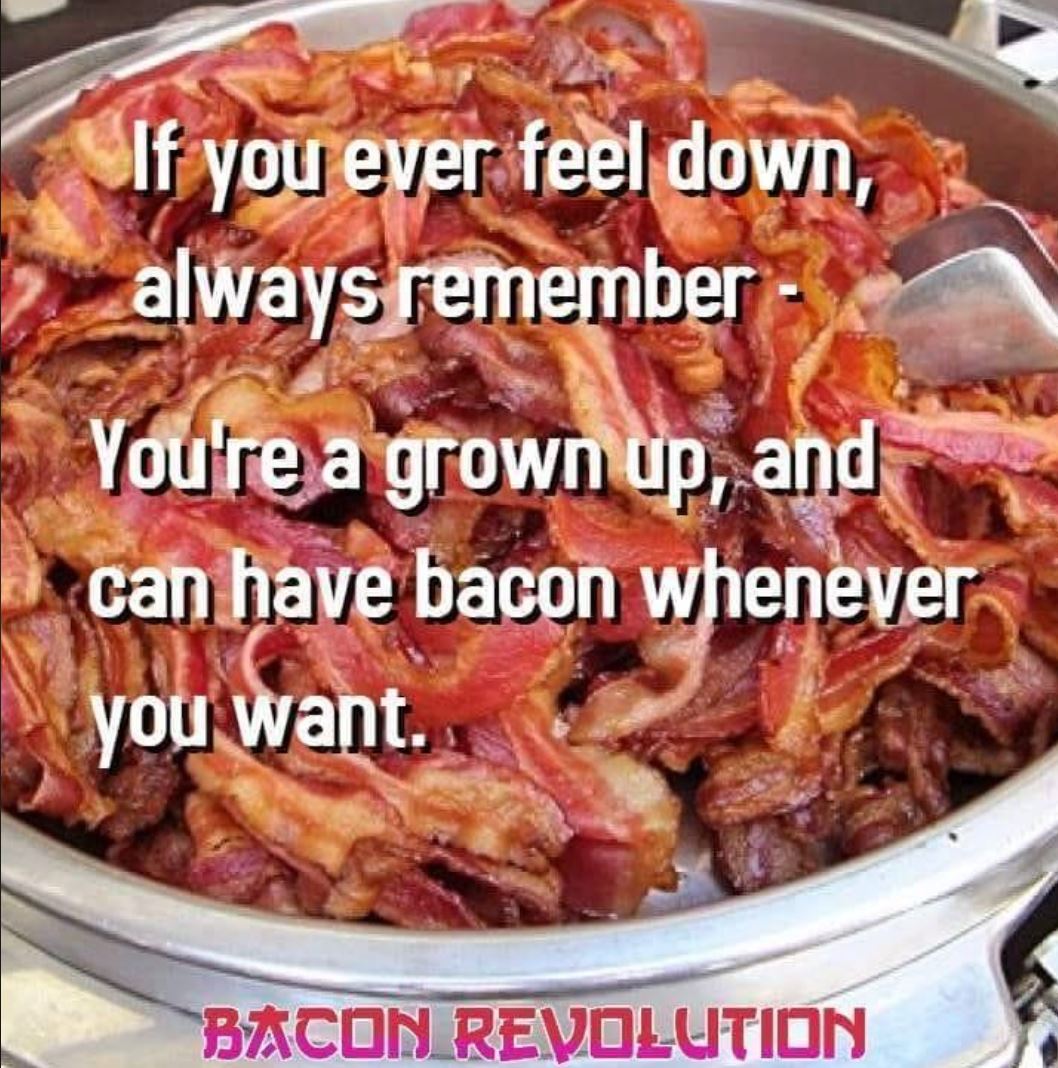 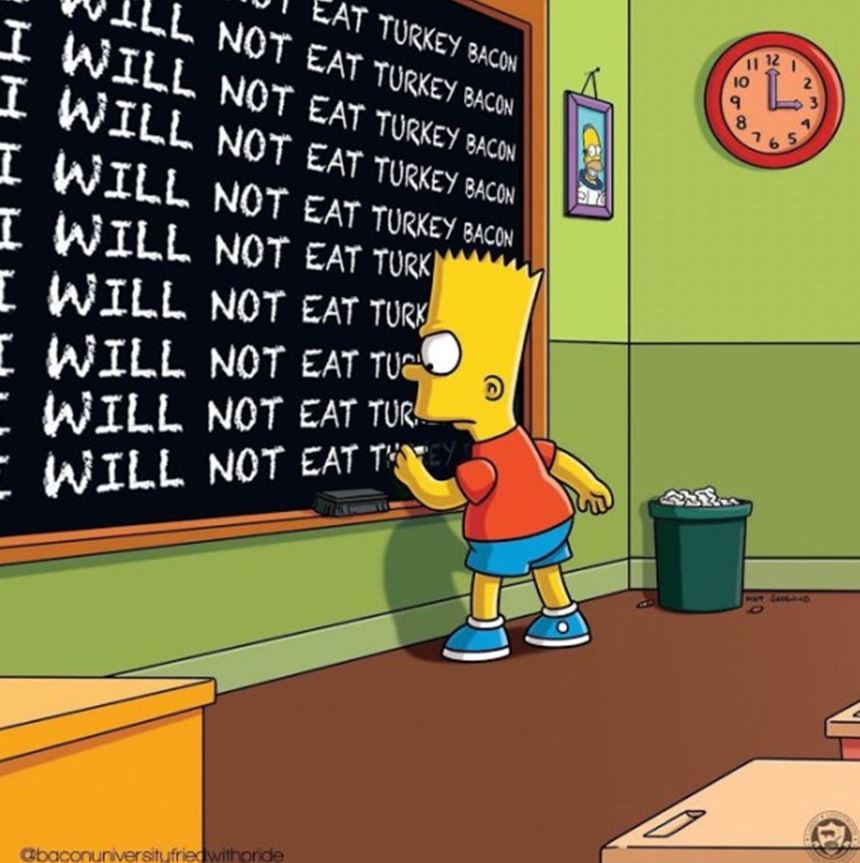 Absolute MUST SEE on the Blue Ridge Parkway 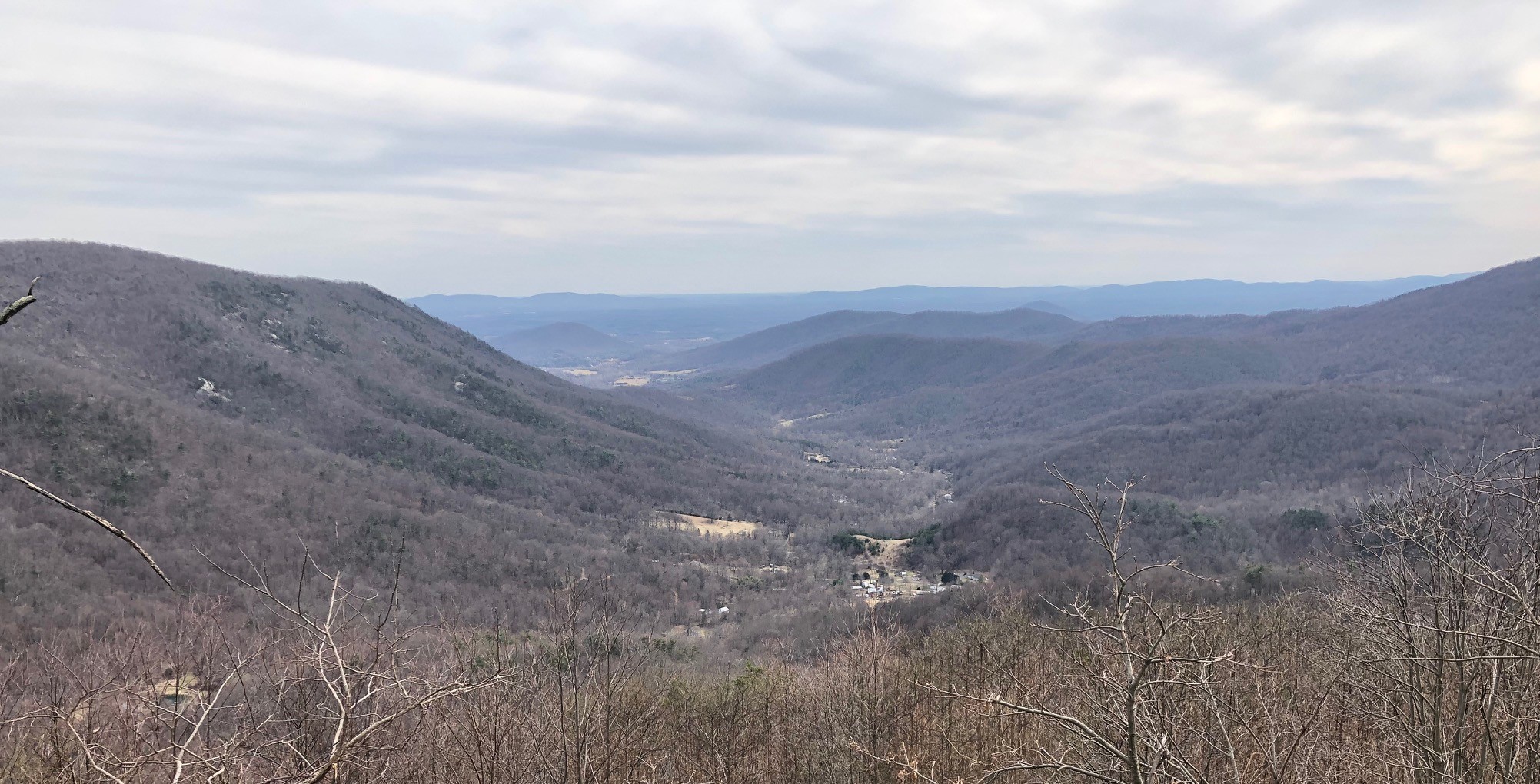 Virginia’s very own Shangri-la — Bacon Hollow. Readers may mock me and say, “Nay, so such paradise exists.” But it does, and it is deemed worthy of an overlook on the Blue Ridge Parkway. And here’s the proof…. END_OF_DOCUMENT_TOKEN_TO_BE_REPLACED 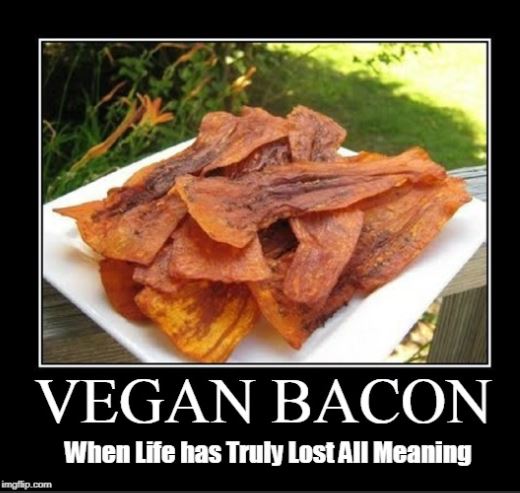 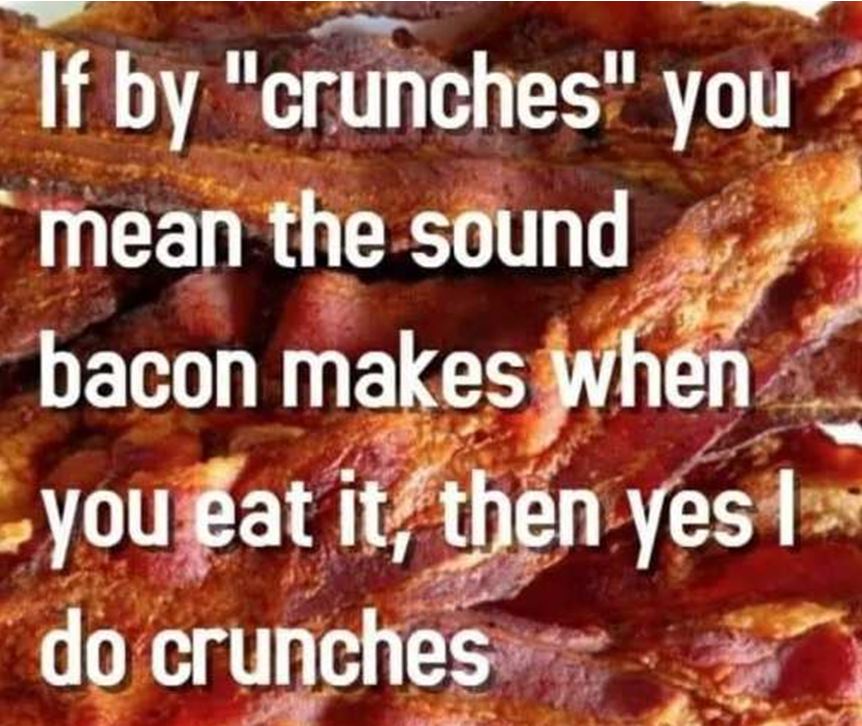 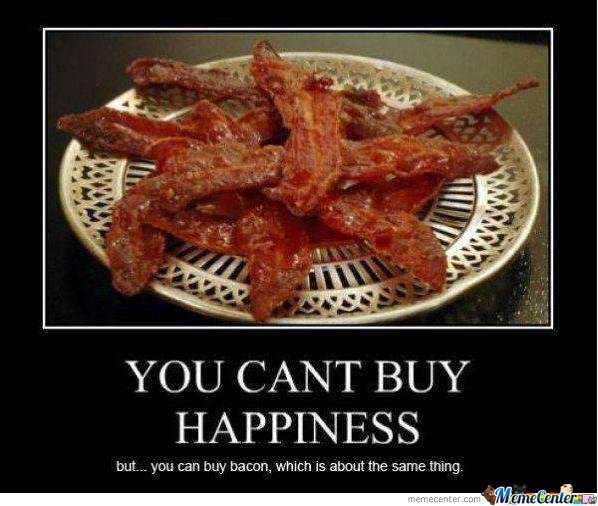 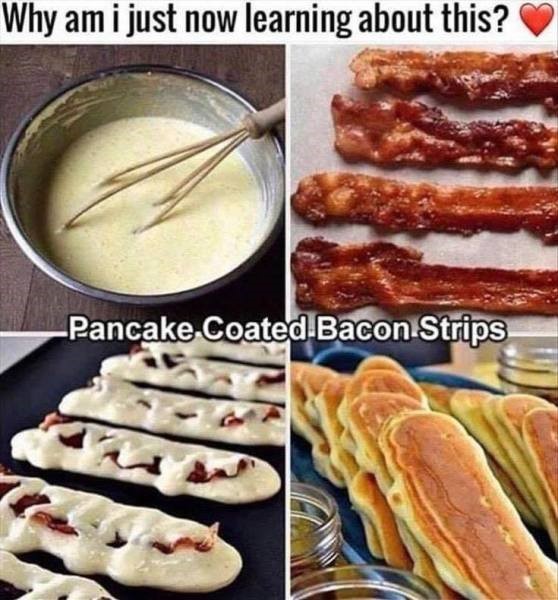 At Bacon’s Rebellion there’s a constant, grating mantra debunking the concept that the U.S. has a serious problem with “Institutional” or “Systemic” Racism.

Slavery? Jim Crow? Irrelevant! We’re treated to commentary after commentary that Blacks just need to try harder. They are lazy. They do not support family values. They get too much wasted money in school spending and health care. Their constant abuse by law enforcement is imaginary. Black Lives Matters is a hateful, racist movement. BLM jeopardizes our values. Students interested in the movement were not “indoctrinated” enough. It’s bad enough if it comes up in public schools, but let BLM come up at a toney private institution in a wealthy, mostly White suburb, then it is a blood libel against every private school headmaster in the country.

For a partial list of blog postings with ideas, please see the URLs at the end of this column.

Ok. So what? Well, this morning I saw a small story in The Washington Post that shocked me since it went right to the heart of Institutional and/or Systemic Racism. If you still don’t believe it exists, read on. END_OF_DOCUMENT_TOKEN_TO_BE_REPLACED

Hail the to Pigskins. The football team formerly known as the Washington Redskins has punted on adopting a new permanent name this season, and will refer to itself for the time being as the Washington Football Team. The pause allows the team to “undertake an in-depth branding process” that incorporates player, alumni, fan, community and sponsor input. the team announced. What a cop-out. I’m still holding out hope for the team to rename itself the Washington Pigskins.

COVID risk metrics for school districts. The Virginia Department of Health and Virginia Department of Education are collaborating on a new COVID-19 dashboard to guide local education officials when deciding how to reopen schools this fall. The dashboard likely will include eight to 10 local metrics such as confirmed cases, percent-positive rates on tests, hospitalizations, and the number of local emergency room visits for COVID-19-like illnesses. School divisions will be flagged, red, yellow and green to indicate whether they should reopen, adopt a hybrid model, or adopt a distance-learning model, reports the Prince William Times.

One suggestion: The dashboard should include the number of people testing positive in the age ranges corresponding to elementary, middle, and high school.  Given the different risk profiles for younger and older children, it makes no sense to impose a uniform policy. School boards might consider keeping elementary schools open while going online with high schools.

Economic health metrics. Meanwhile, another 37,946 Virginians have filed for unemployment claims, according to the Virginia Employment Commission. That’s up 17.5% from the previous week. All told, more than one million Virginians have filed for unemployment benefits for the first time since March. “Virginia’s preliminary weekly change — up 7,896 on a seasonally adjusted basis — was the largest increase among the states,” reports the Richmond Times-Dispatch. 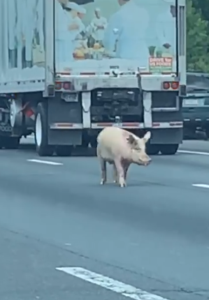 Southbound traffic on Interstate 95 near the Thornsburg exit was disrupted yesterday when several pigs wandered into traffic. Several of the animals were injured. It is heartening to hear that numerous motorists stopped to render aid to the suffering creatures.

It’s one thing to see deer roadkill. Deer are a menace to society. Pigs are intelligent beings deserving of human empathy and compassion. Read the story here. — JAB 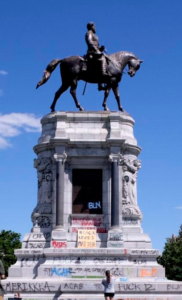 On June 24, 2015, Nikki Haley, a Republican who was South Carolina’s first non-white governor, called for the removal of a Confederate flag that had been flying over the state’s capitol grounds for years.

“This flag, while an integral part of our past, does not represent the future of our great state,” she said. Her action came a few days after an avowed white supremacist walked into an African-American church and opened fire, killing church members attending a service.

I was watching the news on TV when she made her gutsy move. I was deeply impressed.

And now, Ralph Northam, a Democrat who is governor of Virginia, has taken a similarly gutsy move. He has ordered that the state-owned statue of Confederate General Robert E. Lee be removed from its stand on Monument Avenue in Richmond. It has been there for about 130 years, erected by white supremacists with deep sentiment for their romantic myths of Southern history.

“I believe in a Virginia that learns lessons from our past and we all know that our country needs that example right now,” Northam said. END_OF_DOCUMENT_TOKEN_TO_BE_REPLACED

The Real Danger with ANTIFA

Get ready. The names of all kinds of leftist organizations are going to be kicked around as the masterminds behind violent, cop-beating looters, especially the so-called ANTIFA movement in Virginia and across the country..

But what is reality? I don’t have clear answers but I have some ideas to share since I have been dealing with activist groups since I was in high school in the late 1960s. I hope they help this blog’s discussion.

First, there’s plenty of research available about ANTIFA and there are already plenty of reports about it. It is not a single group but a very loose collection of autonomous activist groups, most of which do not advocate violence. For reference, see yesterday’s Daily Beast piece with the blunt headline, “Trump’s ‘ANTIFA Threat Is Total Bullshit – And Totally Dangerous.”

That article and plenty of others note that ANTIFA, or whatever it is, has no clear chain of command and uses ultra-fast social media to alert other activists about rallies and protests but has no control over them. If you are thinking about the tightly-controlled and secretive Communist cells of the past century, you are not getting it. END_OF_DOCUMENT_TOKEN_TO_BE_REPLACED

WTJU Podcast: COVID-19 and the Economy

Here’s is the twice-monthly podcast produced by WTJU, the official radio station of the University of Virginia. With me on this podcast  are Nathan Moore, the station general manager, and Sarah Vogelsong, who covers, labor, energy and environmental issues across the state for the Virginia Mercury, a fairly new and highly regarded non-profit news outlet. Our topic is how Virginia is handling the economic fallout from the COVID-19 pandemic.