Bringing Addicted Babies into the World Should Be a Crime 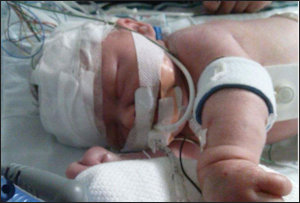 When social breakdown, a drug epidemic and failed government institutions converge, this is what you get: babies like Charlee Ford (seen at left) born with opioids and marijuana in her system and diagnosed with cerebral palsy. After birth, her lungs failed for nine minutes before doctors revived her. In her short, tortured lifetime, she suffered from severe seizures. She died at an age of four months. 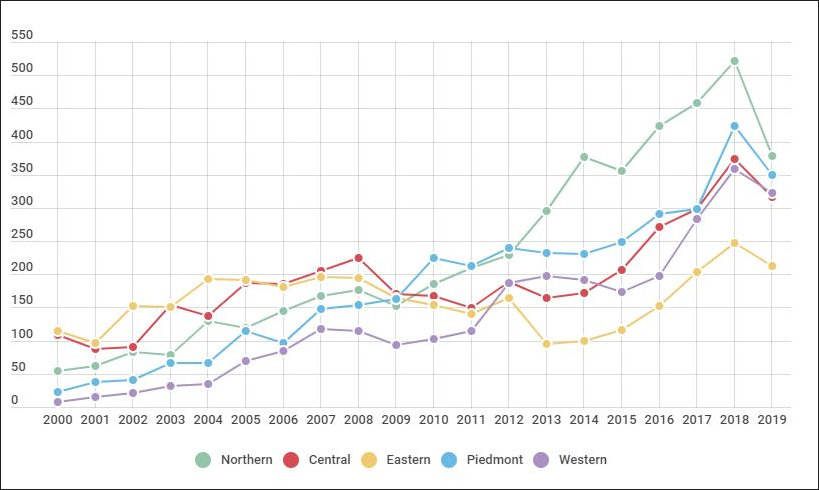 The surging use and abuse of opioids and other illegal drugs such as methamphetamines is associated with a horrifying increase in the number of Virginia babies born addicted to drugs. Worse, these babies are usually born into totally dysfunctional families. Mothers and fathers are themselves are likely to be substance abusers, which puts the babies at high risk of abuse and neglect. Meanwhile, child protective services in Virginia are uneven in quality — some local programs, one might say, are as bureaucratically dysfunctional as the families they serve.

The Roanoke Times tells the tragic story here.  The focus is on Rockbridge County in the Shenandoah Valley. But similar stories can be found all around the state. It’s a long story but worth the investment in time.

Bacon’s bottom line: Maybe the Roanoke Times article hit me harder today than it would have previously because this weekend I visited my month-old grandson for the first time and cradled the tiny, helpless little creature in my arms. He is a lucky one, blessed by two loving, hyper-conscientious parents who will take very good care of him. Many babies are not so fortunate. Charlee’s story prompts several thoughts….

First… The Democratic Party now enjoys undisputed control over Virginia state government. Expect a lot of activist measures in the 2020 General Assembly session. But before lawmakers expand the size and scope of state government, perhaps they should seek to ensure that current government programs work as they should. Virginia’s child protective services are a disaster. Someone needs to wrestle with prickly questions that have no bumper-sticker answers. What rights do demonstrably unfit parents have to keep their children, and how aggressive should the state (in the form of locally administered social services agencies) be in removing those children? To what extent should the state have the power to step in and fix or take charge of failed local programs?

Second… My libertarian and conservative ideals are warring with each other on the issue of drug policy. I think my conservative principles are winning. It’s one thing for grown adults to screw up their own lives with drug and alcohol addiction. It’s another thing when they bring addicted babies with multiple medical maladies into the world. If that isn’t a crime, it should be. It’s fine to treat addicts as victims of a disease, which they are. We should give them help. We should work to make addiction services more accessible and affordable. But addicts still need to be held accountable for their actions. While heroin or meth addiction is not a crime, child neglect should be even if the parent is an addict, just as killing someone while driving under the influence is a crime.

Third… While we have a raging addiction epidemic, I am profoundly uneasy with the idea of decriminalizing, much less legalizing, marijuana in Virginia. According to the National Institute for Drug Abuse, 30% of marijuana users have a “marijuana use disorder,” and there is a significant body of evidence that marijuana use is associated with an increase in the incidence of schizophrenia and psychosis. Today’s marijuana is not like the highly diluted “pot” that so many Baby Boomers grew up toking in the ’60s and ’70s. It has much higher levels of THC, the health and mental-health effects of which are not fully understood. At the very least, if our new legislature does decide to decriminalize marijuana, lawmakers need to ensure that users are held accountable for their actions.

This entry was posted in Children and families, Crime , corrections and law enforcement and tagged James A. Bacon, marijuana. Bookmark the permalink.