Toby Cole had something to say. 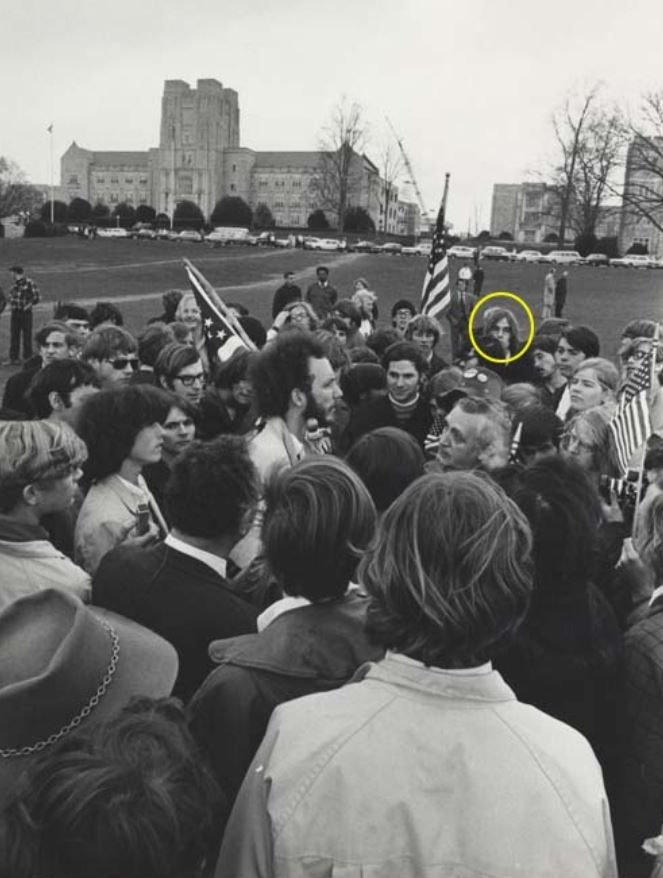 In early April 1970, you had to push tension out of your way when you walked across the drill field at Virginia Polytechnic Institute in Blacksburg, Virginia.

Tucked between the Allegheny and Blue Ridge Mountains, Blacksburg was slow to experience the unrest of the 1960s. In October 1965, when David Miller burned his draft card in New York City, there was barely a ripple in Blacksburg.

But in that first year of a new decade the full force of student angst was bearing down on this small college town. 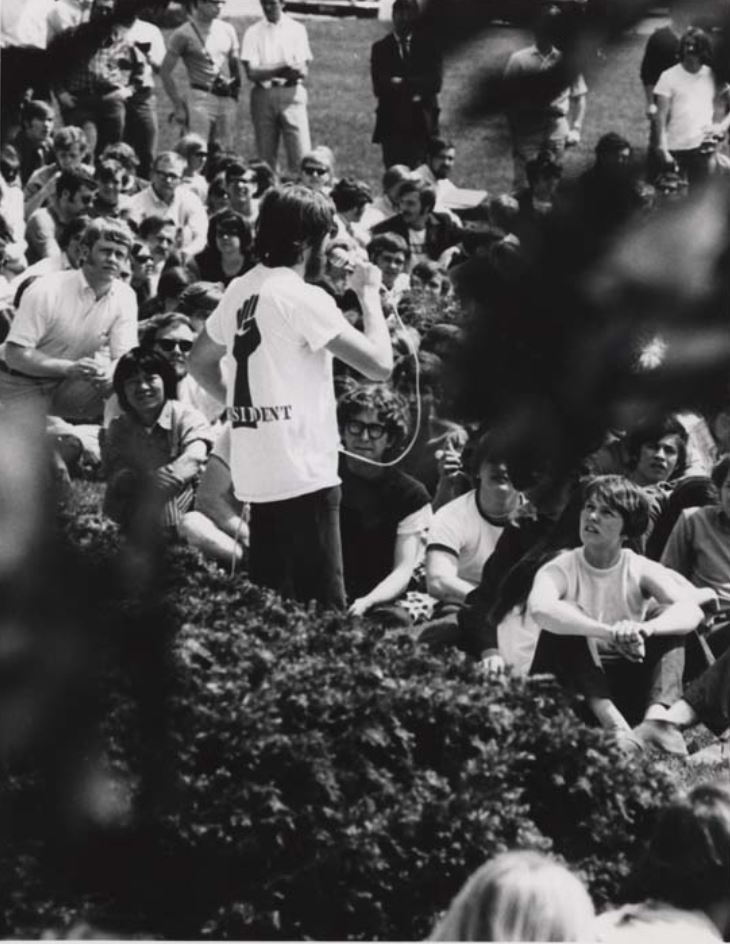 And Toby Cole had something to say.

Cole didn’t make a sign. He didn’t bark from a megaphone or burn anything. He didn’t mistake bravado for bravery. Toby spoke with needle and thread.

He sewed the American flag on the seat of his pants.

That Cole had the audacity to sew an American flag on the ass side of his blue jeans and walk across campus rubbed some edges raw.

I was a sophomore then, and one of the few members of the dwindling VPI Corps of Cadets. Until 1964 the Corps was mandatory for most students. But now on a campus of over 12,000, there were fewer than 500 of us who wore a uniform, woke up to reveille, and marched in formation to dinner every night. As news of Cole’s flag wearing reached the Upper Quad, cadets were incredulous. We had taken an oath to uphold the constitution and now a grub (our slang for non-cadet students) was poking a finger in the eye of America.

While cadets groused and fumed, another group on campus went into action. The Block and Bridle Club, an organization of agricultural and farming women and men, took matters into their own hands. To be precise, they took Cole into their hands. They grabbed Cole and held him captive.

Cooler heads prevailed when the Blacksburg police encouraged the Block and Bridle students to release Cole. It was a short-lived citizen’s arrest. The message was clear. Don’t mess with the flag.

Bosses at the college were quick to reprimand Cole. That only sparked more unrest. Even though the Block and Bridle Club captured Cole, student ire was aimed at the Corps. To protestors the Corps’s presence on campus was a visible arm of a repressive government. On April 14 a flyer circulated calling for protests against the Corps. The flyer said, People, the Corps must go!

The next day students faced off with cadets on the drill field. The university quickly issued an injunction to stop further drill field protests, but whoever expected impassioned students to follow campus-issued injunctions was living a different reality. 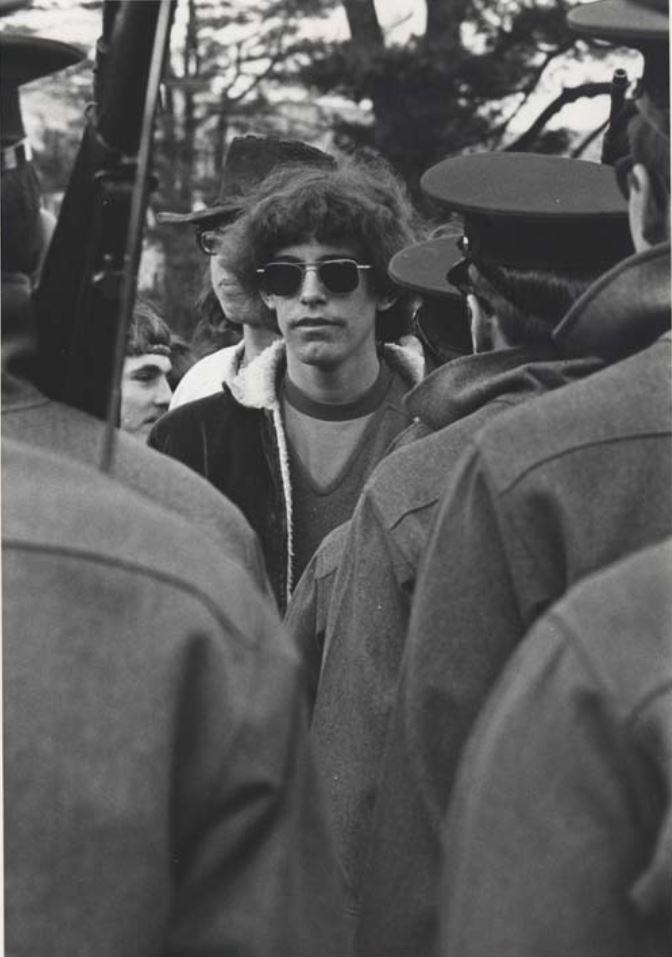 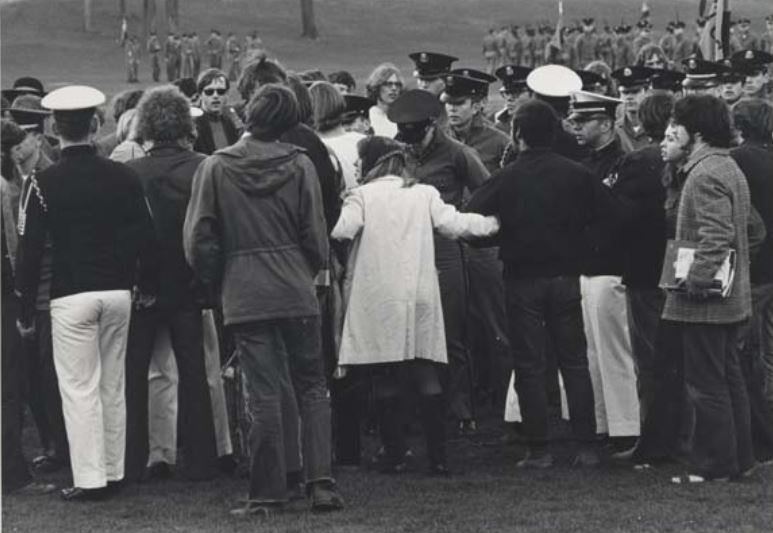 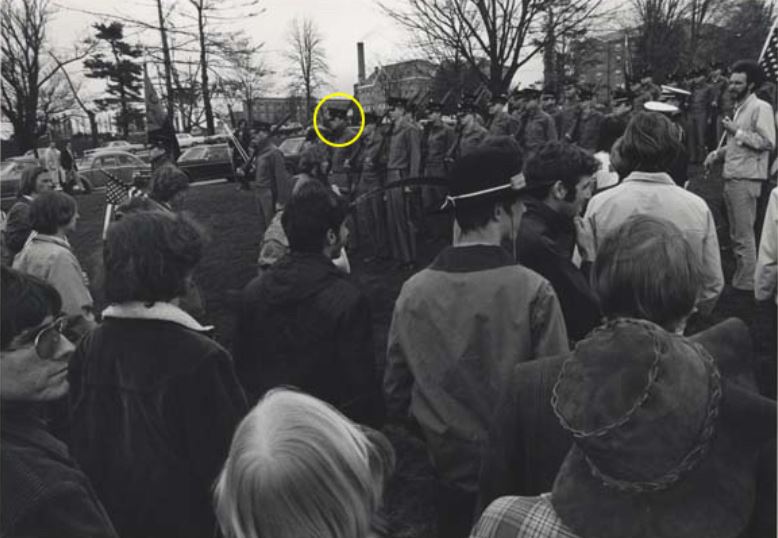 The Toby Cole incident and the disruption over the next few days were a whisper of things to come. On April 29 the United States invaded Cambodia. Protests began to shut down college campuses across the country.

Then, on May 4, four students were killed on the Kent State Campus, shot by members of the Ohio National Guard. Two dead were 20; two were 19. Four Dead in Ohio.

The next week 107 students occupied VPI’s Williams Hall. Tolerance was short-lived. The State Police were called in, the doors of Williams Hall were yanked off their hinges, and 107 students were removed, arrested and suspended. 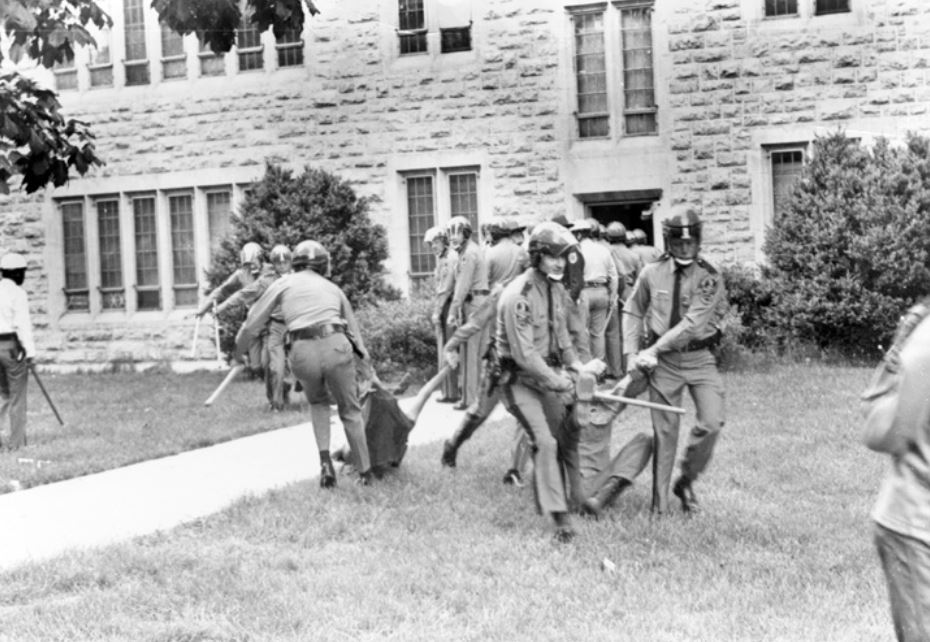 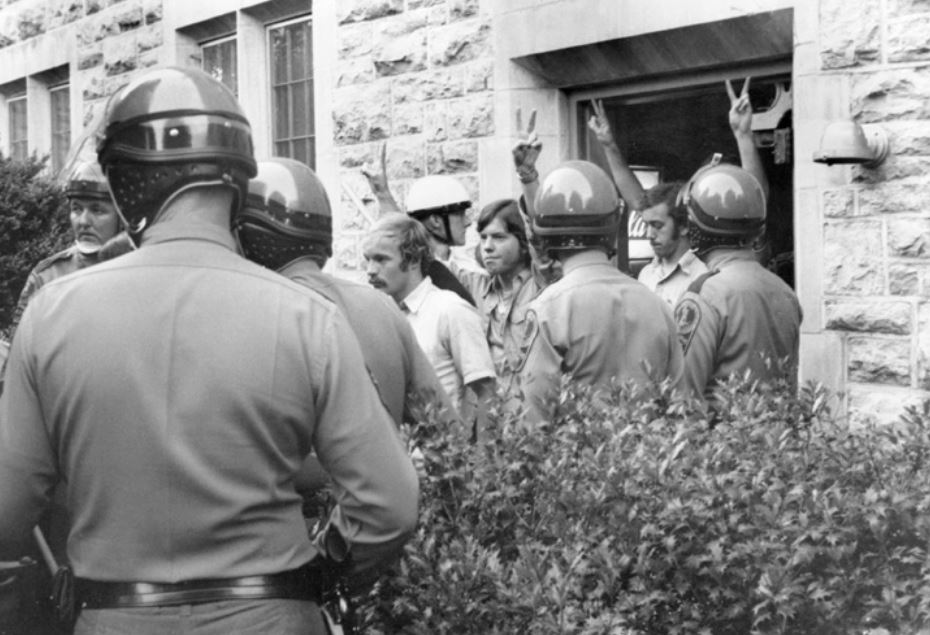 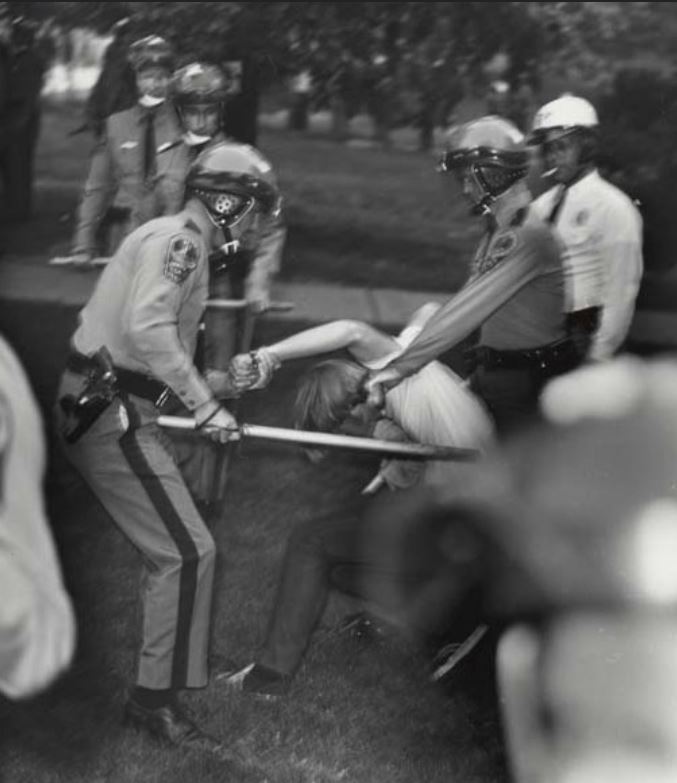 The flag — and our country — can be stretched only so far before it frays and disintegrates.

This is Donald Trump’s America. 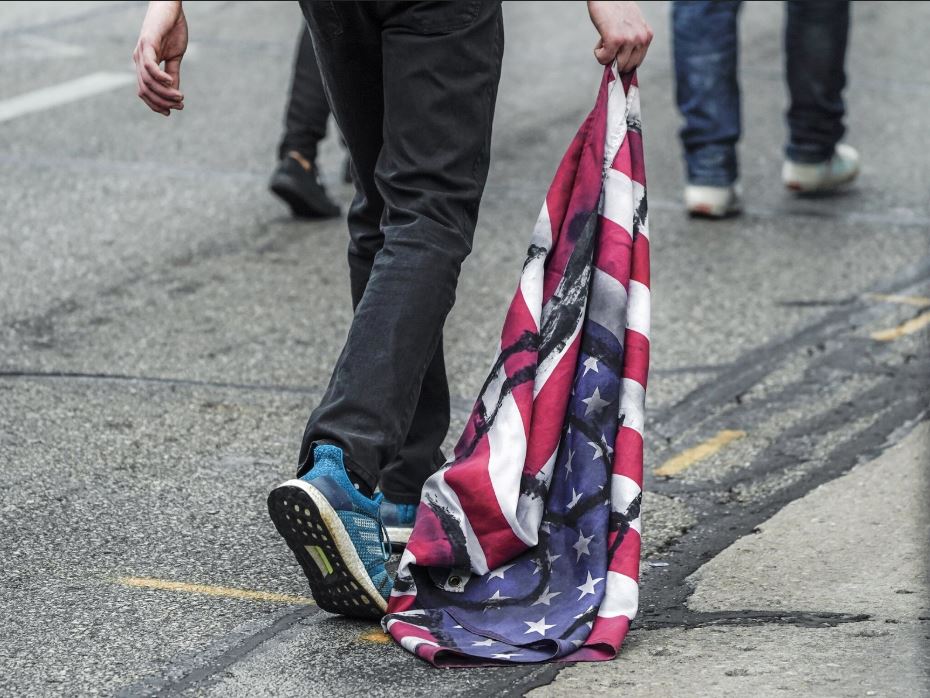 This essay is republished with permission from Philip Shucet Photography.

This entry was posted in Culture wars and tagged Philip Shucet. Bookmark the permalink.