A Capitalist Solution to Food Deserts 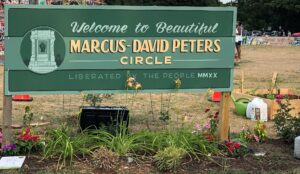 Yesterday, channeling the spirit of Nassim Nicholas Taleb, I asked what a young person should do if he or she wanted to make the world a better place. Broadly speaking, there are three approaches. One is activism in which people who, informed by a desire to improve the lives of those less fortunate than themselves, lobby for reformist government policies and create philanthropic programs to address perceived needs. Another is militancy. Convinced that the entire system is corrupt, militants waste little time ameliorating the condition of individuals but seek to overthrow the established order. A third approach is capitalism, in which entrepreneurs find creative ways to meet previously unmet needs. 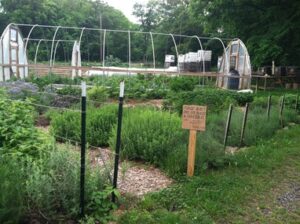 If Virginia has an affordable housing crisis, we can’t solve the problem in the long run by passing eviction laws or enacting more government-subsidized housing programs. We need entrepreneurs who can find innovative ways to create lower-cost housing. If lower-income Virginians are afflicted by payday lenders charging high fees and interest rates, we can’t address the credit needs of the poor by legislating payday lenders out of existence. We need entrepreneurs who find innovative, low-cost ways to extend small amounts of credit. 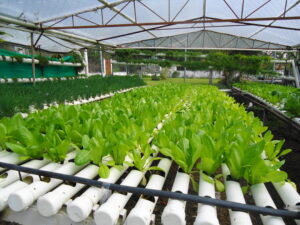 Nowhere is the difference in philosophies more stark in Virginia than the approach to food deserts, where poor people lack access to fresh, healthy vegetables. Here in Richmond, the social-justice militants encamped around the Lee statue on Monument Avenue, have created a laughable “community garden.” To be fair, the pathetic little box is not a serious effort to feed anyone; it is a political statement. Nevertheless, if primitive militant communes ran our agricultural system, we’d be begging the Venezuelans for food.

Tricycle Gardens is a far more serious endeavor. The philanthropically supported nonprofit was launched a decade ago by community activists who thought they could address the lack of nutritious food in inner-city Richmond creating by community gardens and partnering with local food pantries. The group has expanded its mission by educating people on the value of nutritious eating, instructing people in the principles of urban agriculture, and placing healthy vegetables in urban convenience stores. The approach is positive, uplifting, and constructive. But it survives upon philanthropy and volunteer labor, which suggests that community gardens are not a productive economic model.

Then there is the capitalist way of doing things. Last month, Greenswell Growers Inc., a local company, announced that it would invest more than $17 million to establish a commercial hydroponic greenhouse operation in Goochland County’s  West Creek Industrial Park. The greenhouse is expected to produce nearly 3.7 million pounds of leafy greens for distribution through the Mid-Atlantic during its first three years of production — 28 times more product per acre than a traditional growing operation. The company has committed to providing five percent of its production to area food banks.

Hydroponic agriculture is taking off in Virginia and around the country. Rockingham-based Shenandoah Growers, Inc., operates automated greenhouses and indoor LED vertical grow rooms to produce more than 30 million certified organic plants per year. New York-based BrightFarms operates a 263,000-square-foot greenhouse outside of Danville. Shore Breeze Farms on the Eastern Shore, which started as an eight-acre family, has expanded to a 900-acre hydroponic greenhouse complex. These Virginia companies have dozens of counterparts around the country, and indeed around the world.

Hydroponic greenhouses have significant advantages over community farms and traditional farms. They can operate year-round and they aren’t dependent upon fickle weather conditions. Free from disease and insect blight, they don’t need herbicides and pesticides. They require less land and use less water. Thanks to their controlled conditions, greenhouse operators can deliver precise levels of nutrients for optimal growth, quality and taste.

Perhaps the biggest barriers to getting poor people to eat more healthy leafy greens is price. Fresh greens are expensive. If we can increase the supply and decrease the price of healthy vegetables, all other things being equal, lower-income Virginians will eat more of them. Supply is not the only barrier. Many vegetables are an acquired taste. But the application of capital and science in an innovation-driven market system certainly will do more to ameliorate food deserts than the cultivation of small but inefficient community farms.

There still is a role for activists and nonprofits. While hydroponic greenhouses work on the supply side of the equation, philanthropic endeavors should focus on the demand side: educating people about the nutritional benefits of leafy greens and showing them through cooking classes and other means how to prepare tasty dishes they actually want to eat. As for the militants, I don’t see them contributing anything useful. If we left agriculture to them, we’d all end up eating dirt…. assuming their perverse economic principles didn’t create a dirt shortage.

This entry was posted in Agriculture & forestry, Business and Economy, Poverty & income gap and tagged food insecurity, James A. Bacon. Bookmark the permalink.