A Big Election Day for Marijuana 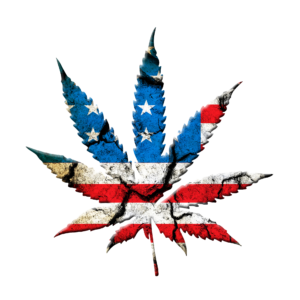 Rolling stoned gathers no moss. Marijuana reform has been gaining momentum in the U.S. since California became the first state to legalize medical marijuana in 1996. Today 36 states have either enacted medical marijuana access laws or are in the process of implementing such laws. In 2012 Colorado and Washington became the first states to legalize the recreational use of marijuana by adults. Today, 15 states have enacted recreational use laws or are in the process of doing so.

The big winner in the 2020 election — marijuana. On Nov 4 marijuana legalization, in some shape or form, was on the ballot in Arizona, Montana, Mississippi, New Jersey and South Dakota. Every measure passed. Yes, even in Mississippi.

Don’t bogart that vote. Marijuana reform is sometimes accomplished through ballot initiatives and sometimes through a vote of the state legislature. In other words, there will be continuing marijuana reform between the elections just held and the next elections in 2022. The number of states considering recreational use legalization in 2021 is likely to be higher than first thought due to the fiscal impact of the COVID-19 outbreak. Legalized marijuana means more money for state and local government and many state and local governments are in serious need of more money right now. New York, Connecticut and New Mexico look likely to legislate for recreational adult marijuana use in 2021. Less likely but still possible states for recreational legalization include Pennsylvania and Maryland.

Domino effect. One reason that recreational use legalization will gain steam is the “domino effect” of nearby states legalizing marijuana. New Jersey’s legalization puts a legally purchased stash just across the border from a lot of Pennsylvanians. If Maryland were to legalize millions of Virginians would be a short drive from Maryland’s dispensaries. Possession of a small amount of marijuana in Virginia is punishable by a $25 fine. Legalization in Maryland would effectively legalize pot in places like Northern Virginia. Even the slow moving politicians in The Old Dominion are taking notice of the legalization wave sweeping down the Northeast of the United States toward them.

This column was first posted on Medium.Com.

This entry was posted in Courts and law, Crime , corrections and law enforcement, Elections and tagged elections, marijuana, Marijuana reform. Bookmark the permalink.