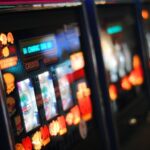 For more than 30 years Virginia’s been breathlessly legalizing vices.

It began when voters approved a state-run numbers racket – the lottery – in 1987. Since then, all manner of wagering has been approved for our gambling pleasure.

But in their wisdom, members of the General Assembly – the same ones who battled tirelessly to bring slot machines and blackjack to the Old Dominion – decided to 86 electronic skill games that reside mostly in truck stops, convenience stores and restaurants.

Make no mistake, they’re doing the bidding of the greedy big boys of gambling by cracking down on the little guys.

The casinos don’t want competition for those Virginia betting dollars.

Never mind that these skill games kept numerous small businesses afloat during the pandemic when there were precious few outlets open for entertainment.

Take the case of Hermie Sadler of Emporia, for instance.

Throughout the Covid-19 shutdowns, this former NASCAR driver and Fox Sports pit reporter was able to keep employees at his convenience stores, restaurants and truck stops on the payroll, despite business being down “30 to 35 percent.”

Sadler was even able to provide free lunches to first responders during the month of April 2020.

How did he do it? Two words: Skill games.

You’ve seen them, those electronic gambling machines in the corners of convenience stores. They cost anywhere from a nickel to five bucks to play and pay out $25, $50 or the occasional $100 or $500 jackpot.

Revenue from those machines kept Sadler profitable when few people were traveling and patronizing his businesses.

But pressure from the newly legalized casino industry – plus whining from the lottery folks that skill games cut into ticket sales – convinced the General Assembly to outlaw the games that have been legal for decades.

Yep, on July 1, the same day pot is legalized the harmless little arcade games are gone.

They’re seeking an injunction to allow the machines to stay operational after July 1 until the case can be heard.

“What we did in the General Assembly was wrong,” Stanley said at a press conference outside the courthouse. “We decided that skill games are unseemly and they’re not.”

“If you’re going to legalize gambling in the commonwealth of Virginia you’ve got to rip the Band-Aid off and legalize all gambling.”

“Picking and choosing winners and losers is un-American and un-Virginian.”

He added that Sadler was “standing up for the little guy.”

A similar suit was filed this week in Norfolk by five business owners in Tidewater.

“Running small businesses in rural areas of Virginia is difficult,” Sadler said. “It’s been way more challenging this past year with Covid-19.”

Skill games were a “lifeline” he said.

“We’ve been legally operating skill games for more than 20 years, “ Sadler told me yesterday. “Truck drivers have to be down for 12 to 24 hours. Not only do they play the skill games for entertainment, they eat in our restaurants, they buy things. They bring in a lot of revenue for us and the state.

“Truck drivers are not going to head to casinos if the skill games are banned,” Sadler added.

“I believe in the free markets. Let people decide where they want to spend their money.”

In a state hellbent on legalizing all manner of gambling, the ban on skill games is punitive and unfair.

The General Assembly needs to fix its mistake when they meet in August.

This entry was posted in Money in politics, Regulation and tagged Kerry Dougherty. Bookmark the permalink.