Newport News School Officials Should Be In Trouble 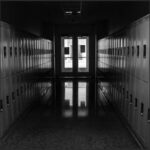 Sue them. Sue them all.

This is my unsolicited advice to the parents of two Newport News high school students who were shot last September by a violent criminal who should never have been allowed in their school in the first place.

Remember, parents: you can overcome the principle of “sovereign immunity” by proving gross negligence.

Let’s look at the facts and see if school officials were grossly negligent:

Heritage High School assigned a 15-year-old boy who had already pleaded guilty to shooting someone else to a classroom with ordinary decent kids.

The shooter was so dangerous the court had ordered him to wear an ankle bracelet so the authorities could keep track of him.

While the school has metal detectors, they weren’t in use at the time, allowing the shooter to bring a gun into school.

On Friday, Newport News Circuit Court Judge Christopher Papile sentenced the unnamed juvenile shooter to 10 years. It was a so-called blended sentence. That means he’ll be in a juvenile detention center until he’s 18 and then transferred to the state penitentiary – where he belongs – to finish his decade behind bars.

Unless, of course, the Democrats are back in power and the governor or some bleeding heart appointed to the parole board decides this violent punk should get a THIRD chance.

According to The Washington Post, the judge in the case appeared horrified by the crime:

“I can’t ignore that he brought a gun to school, got into an altercation, and decided to pull the gun out, shot it many times, hitting these two victims,” Papile said in court.

Noting that the teen fired the shots in a crowded hallway, the judge said he was “flabbergasted that it wasn’t much worse.”

The shooter had been fighting with a 17-year-old boy when he opened fired on the teen and shot him three times. Once in the face.

He also shot a 17-year-old girl in the leg as she was trying to flee the chaotic scene.

We covered this case last fall and took some heat for saying any teen who’s dangerous enough to be monitored by the courts with an ankle bracelet should be kept far away from regular school classrooms.