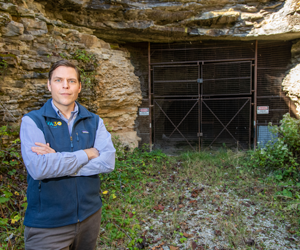 Six localities in far Southwest Virginia have agreed to offer big tax breaks in a bid to recruit more data centers to the economically depressed region. The Project Oasis initiative will dangle the lower taxes as well as geothermal cooling from old coal mines as enticements that no other region can match.

The localities in the Lonesome Pine Regional Industrial Facilities Authority — Dickenson, Lee, Scott, and Wise counties and the City of Norton — have agreed to tax data-center equipment at a rate of $0.24 per $100, almost half the rate of the $.40 rate, the previous lowest rate in the state, that enabled Henrico County to attract a $1.75 billion Facebook data center.

As a kicker, Project Oasis offers industrial sites located near former coal mines filled with water naturally cooled to a temperature of 51 degrees. Energy consumption for cooling is a major expense for data centers. Project Oasis claims that geothermal cooling could save data centers more than $1 million annually in reduced electric costs and municipal water purchases.

Despite the low tax rates, SW Virginia localities would reap what for them would amount to a revenue bonanza. A $464 million data center in Wise County would support more than 2,000 construction jobs over 18 months, 40 long-term data center jobs, $900,000 in payroll once operations begin, and $15.7 million in real estate and property tax revenues over the first five years in operation, according to Project Oasis’ “Market Analysis for Data Center Investment in Southwest Virginia.”

Economic impacts that provide only incremental tax and job boosts to a major metropolitan economy would loom large in Southwest Virginia, a region that has been struggling to diversify as its economic foundation, coal mining, shrinks to nothing.

Access to fiber connectivity should not be a major obstacle. The six sites identified by Project Oasis are located within one to two miles of fiber-optic cable trunk lines. However, the report does concede that “some of the sites will require construction of new fiber over challenging terrain resulting in a greater cost per mile.”

Besides touting the sustainability advantages of using mine water instead of electricity to provide cost-effective cooling, economic developers are selling the region’s remote location as a plus. States the study:

The region provides a low risk option from natural and man-made disasters and meets distance requirements for disaster recovery and back up from primary data center locations such as Ashburn, Richmond, and Boydton, VA (Microsoft).

Marketers even see the COVID-19 epidemic as a potential bonua.

With the impacts of the COVID-19 pandemic and potential future yet-to-be-determined public health events likely continuing into the foreseeable future, a location that provides a diversity of geography and workforce so that back up sites can be manned and maintained is important.

Bacon’s bottom line: Compare and contrast the poverty-amelioration strategy of SW Virginia with Virginia’s inner cities. Southwest Virginia emphasizes economic development and job creation, and the region’s Republican politicians expend their political capital to advance those goals. Democrats from Virginia’s eastern metro areas see “social justice” reforms and government-mandated wealth transfers like a $15 minimum wage as the antidote to poverty. The big metros have far more resources to work with, but it’s not clear to me that the “social justice” movement is addressing real problems. It will be interesting to see which approach is more successful in the long run.

This entry was posted in Economic development, Environment and tagged James A. Bacon, Rural development. Bookmark the permalink.