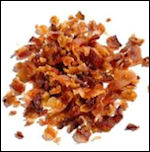 The Big Dig ain’t got nothing on us. The Metropolitan Washington Airports Authority (MWAA) board has approved $250 million in additional funding to pay for cost overruns on Phase II of the Silver Line rail project, which, incidentally, was supposed to begin service in 2018, and Metro officials now hope will begin this fall. Fairfax County will have to cough up $40 million more, Loudoun County $12 million more, and MWAA $10 million more, reports The Washington Post. The balance will be foisted on the motorists using the Dulles Toll Road. By way of comparison, Phase I of the Silver Line was only $220 million over budget and only six months late.

That’s a lot of laptops. Two Fairfax County school employees and a third man have been charged with stealing as many as 35,000 laptops stored in a county warehouse and scheduled to be auctioned. The losses were estimated at $2 million. The laptops were loaded onto a box truck that arrived at the warehouse without the necessary paperwork. Police charged Fadi Atiyeh, owner of Attyah Computer Recycling, as well as Franque Minor II and Mario Jones Jr. who were employees at the warehouse, reports The Washington Post. The Fairfax County HR website says the county has 12,000 workers. That’s three laptops per employee, unless the county is handling the school system’s used laptops as well. The schools have more than 17,000 employees.

Fewer police, more violent crime. The City of Roanoke has seen an explosion in violent crimes this year. The number of firearm-related woundings and killings has surged: nine homicides so far this year compared to six during the same period in 2021, and 25 aggravated assaults compared to 19. Police Chief Sam Roman says the department’s priority is interrupting “the cycle of gun violence.” In addressing City Council, he pointed to more counseling and mentoring services for at-risk youth and the Groceries Not Guns program, which exchanges unwanted firearms for supermarket gift cards.

Missing from the discussion, notes a Roanoke Times editorial, is the severe understaffing of the Roanoke police department. The number of vacancies stood at 20 in 2020 but increased to 46 by March 2021. The manpower shortage has reduced the department’s ability to enforce traffic laws, conduct community outreach events such as attending the Juneteenth celebration, or deal with nuisance problems such as sidewalk campers and children using scooters downtown at night.

This entry was posted in Crime , corrections and law enforcement, Government workers and pensions, Transportation and tagged mass transit. Bookmark the permalink.