“After all, we are not in Wonderland” 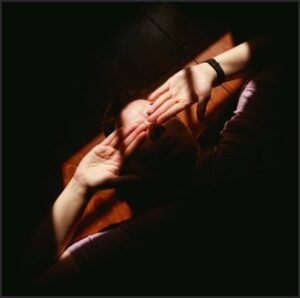 Here’s a quaint idea: If you’re a trans person going through hormone treatment, don’t get involved with drug dealers. Definitely don’t help them in their illegal business.

If you do, you might get caught, convicted and sentenced to jail. And authorities might toss you in a facility housing others that match your biological sex.

Your case may be heard by a three-judge panel of woke federal judges who decide that the American’s With Disabilities Act suddenly covers people with “gender dysphoria.”

Never mind that when the ADA was passed in 1990 it explicitly said that “gender identity disorders not resulting from physical impairments” were not covered.

I’m talking, in case you missed it, about the case of Kesha Williams, a biological male from Fairfax County who’s lived as a woman for many years. Williams has not had surgery to remove his male organs, but takes female hormones.

Williams was sentenced to six months in jail for helping a drug dealer boyfriend.

At first Williams was housed in the woman’s section of the Fairfax County jail, until authorities realized that she was a he.

Williams was moved to the men’s unit where he was not able to “get a bra or consistent hormone treatment,” according to The Washington Post.

According to The Washington Post, Williams is worried about other trans inmates: “The next girl could really want to hurt herself, could kill herself,” Williams said.

The U.S. Court of Appeals for the 4th Circuit has become the first appellate court in the country to find that gender dysphoria is covered by the Americans With Disabilities Act, after a transgender woman sued Fairfax County for housing her with men during her time in jail.

“Being transgender is not a disability,” the court wrote in an opinion issued Tuesday, but “many transgender people experience gender dysphoria,” or distress over the discrepancy between their identity and their assigned sex. “A transgender person’s medical needs are just as deserving of treatment and protection as anyone else’s.”

Judge A. Marvin Quattlebaum Jr., a Republican appointee, dissented. Not that The Post bothered to report what he had to say.

Judge Quattlebaum said he accepted that she suffered from gender dysphoria and that the condition “involves discomfort or distress caused by a discrepancy between one’s gender identity and the sex assigned at birth,” but he said he wasn’t buying her claim that it’s covered by the ADA.

“Accepting those allegations as true does not require me to turn a blind eye to the plain language of the authorities on which Williams relies,” the judge said. “Nor does it permit Williams, like Humpty Dumpty, to ‘use a word’ and declare ‘it means just what I choose it to mean.'”

“After all, we are not in Wonderland,” Judge Quattlebaum said.

Oh, yes, we are in Wonderland, Judge. How do we escape?

We’ve lost our way in America.

Here’s something ironic: On July 22, 1994, the day Judge Diana Gribbon Motz – the author of this radical decision — was elevated to the 4th Circuit Court of Appeals — The Baltimore Sun wrote a glowing profile about the Clinton appointee who was about to become the first woman to serve on that court.

This is how the story concluded:

To her new job, she hopes to bring “some common sense,” she says.

That was 28 years ago. This judge obviously lost her common sense along the way.

This entry was posted in LGBQT and tagged Kerry Dougherty. Bookmark the permalink.