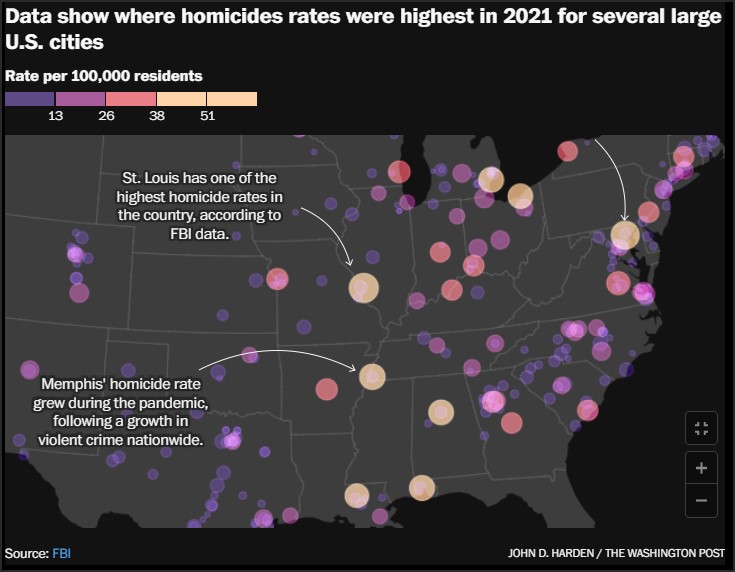 Delve into the comments on Bacon’s Rebellion, and you will find that the dialogue often collapses due to disagreements over basic facts. One recurring dispute is the degree to which the violent crime rate is increasing, both nationally and here in Virginia. Some see the violent-crime-is-increasing narrative as a right-wing talking point with little grounding in reality… except when we’re talking about mass shootings, in which case the U.S. is the most violent country in the world.

News alert: When The Washington Post acknowledges that violent crime is surging, it can no longer be dismissed as a meme of election deniers, MAGA-hat wearers and other right-wing knuckle draggers. A WaPo story today refers to the spate in violence as “America’s homicide crisis.”

“The rate of killings rose nearly 30 percent in 2020 and remained high through the following year,” said the Post. “Even now, as the bloodshed has slowed, the homicide rate outpaces pre-pandemic levels.”

This gun violence tends to grab headlines when it occurs in horrific public spasms: at a Walmart in Virginia, a nightclub in Colorado, an elementary school in rural Texas. But the focus on mass shootings obscures the totality of the American ailment: people killed on city streets and inside their homes, deaths that seldom attract national attention and cases that rarely involve high-profile prosecutions….

Gun crime disproportionately impacts people of color, especially Black men. Victim data collected from each city profiled here show Black people made up more than 70 percent of the total homicide victims in 2020 and 2021. And while data show gun deaths have surged around the country, a number of cities have lead the way.

Exactly what we’ve been saying at Bacon’s Rebellion since 2020.

Welcome to the dark side, WaPo. Welcome to reality. 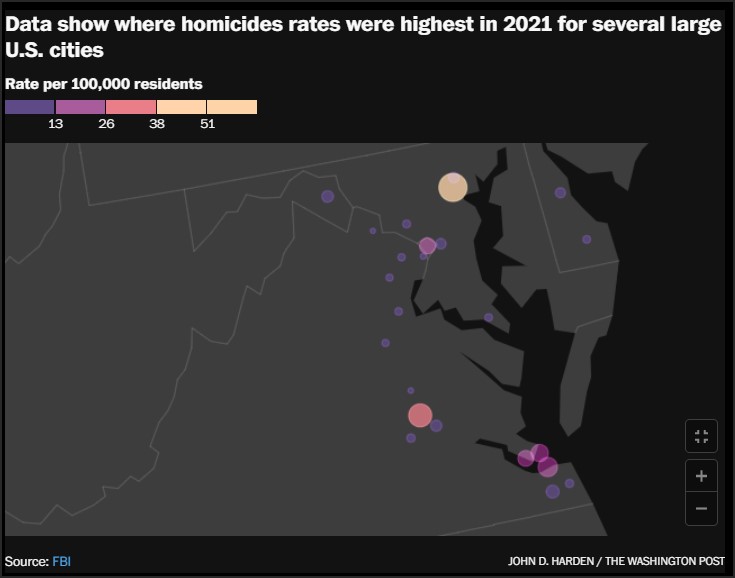