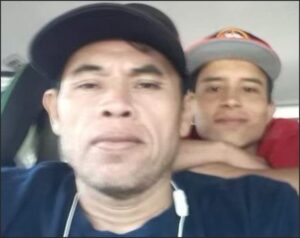 Adrian de Jesus Rivera Guzman, 48, and his stepson Juan Carlos Anaya Hernandez, 24, immigrants who had fled gang violence in Central America, were in the wrong place at the wrong time. They were innocent bystanders doing landscaping work outside the Assembly Alexandria apartment complex when they were killed by gunfire.

Details of the July 16 shooting are sparse, as reported by The Washington Post, and police are still investigating the homicides. But Alexandria authorities have linked the incident to a burglary at the upscale apartment complex and have identified a suspect,  27-year-old Francis Deonte Rose, who had been released from custody in neighboring Arlington County several months earlier after prosecutors dropped drug and weapons charges against him.

Republicans have blamed Arlington’s progressive, George Soros-funded Commonwealth Attorney Parisa Dehghani-Tafti (D) for the tragedy.  She has responded by calling the GOP accusations “an outrageous and irresponsible lie.”

Rose had repeated encounters with the law. He had been charged in Washington, D.C., and Arlington with carrying firearms illegally in the past, charged for unlawful possession of a loaded .45-caliber handgun that police recovered after he threw it to the ground during a foot chase, and possessing cocaine and fentanyl with intent to distribute.

In October 2020, Rose was a passenger in a car that Arlington police pulled over because the registered owner had a suspended license. Police smelled marijuana and ordered the driver and Rose to exit the vehicle. Continues the Post:

Rose was wearing a Louis Vuitton cross-body bag strapped over his shoulder, and police told him to leave it in the car, according to a court transcript. Police found a loaded Glock handgun inside the bag and cocaine and fentanyl in his pockets, according to court records.

Rose was held in jail after he was charged. But in February, a judge in Arlington County ruled that the search that turned up the gun and drugs was unconstitutional. His defense attorney in that case, Molly Newton, successfully argued that police were not legally empowered to search the bag because it was “appended” to Rose, citing a 2002 decision by the Virginia Court of Appeals. Without probable cause to search anything but the car, the drugs in Rose’s pockets and the gun in his cross-body bag could not be admitted as evidence in court, Newton argued.

Arlington County Circuit Judge William T. Newman Jr. suppressed the evidence from the search, and noted he had a similar Louis Vuitton bag. Prosecutors immediately moved to drop the charges.

Had Dehghani-Tafti done her job, “two people would be alive today,” the Virginia Republican Party tweeted after the double homicide.

Dehghani-Taft responded that her office had charged the defendant, obtained an indictment, and asked that he be denied bond. His attorney moved to suppress the evidence, and the court agreed, finding that police had violated the 4th amendment.

The Arlington Coalition of Police then countered by saying that Dehghani-Tafti should have appealed Newman’s ruling. An Arlington police spokesperson explained that police had separated Rose from his bag as a safety precaution.

Bacon’s bottom line: Responsibility for Rose’s release was diffused. You can blame whomever you want, according to your partisan inclinations. I agree with the argument that Dehghani-Tafti should have appealed the judge’s ruling. I see nothing wrong with the police decision to separate Rose from his handbag. I don’t see how his rights were violated. This is a classic case of letting a crook off on a “technicality.” But I acknowledge that reasonable people can disagree.

The irony here is that Guzman and Hernandez had left El Salvador due to the rampant criminal violence there. As Hernandez’s mother told the Post, she had lost other sons — one to gang violence in El Salvador, and one in Guatemala after she ignored threats to pay “rent” to a local gang that controlled the turf where she had set up her business.

The shooter, allegedly Rose, is primarily to blame, of course. But there is something terribly wrong with the criminal justice system that allowed him to roam free. Judges and prosecutors don’t pay the ultimate price for failures in the system — innocents like Guzman and Hernandez do.

This entry was posted in Courts and law, Crime , corrections and law enforcement and tagged James A. Bacon. Bookmark the permalink.