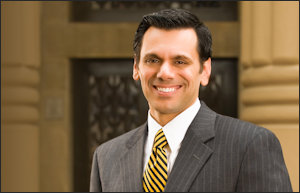 Three days ago I described how Virginia Commonwealth University is in the process of installing a new “social justice” regime that will mandate “non-discrimination” training to exacerbate snowflake sensibilities, encourage students and employees to report “micro-aggressions,” and adjudicate grievances in a way that will be “affirming for those who have been aggrieved.”

The transformation of VCU into a political reeducation camp is based upon the premise that the university is afflicted with a systemic racism that must be eradicated. This narrative is highly convenient for those in charge.

VCU is, in fact, a source of grave social injustice. But the source of that injustice is not the students who fall afoul of ever-shifting, ever more elusive definitions of what constitutes racism but of those who benefit from the massive wealth transfer from students (and their families) to the administrative and faculty elite of the institution itself.

VCU prides itself as being an institution that is open to minorities and first-generation college students. At the same time, the institution has erected a cost structure that makes necessary the fifth highest cost of attendance (tuition, fees, room, and board) among public Virginia universities — $25,419 in the 2019-20 academic year. Between the 2010-11 academic year and the 2019-20 year, VCU has increased tuition & mandatory E&G (education and general) fees by 76%, mandatory non-E&G fees by 26%, and room & board by 27%. That is far in excess of the 17.5% consumer price inflation over the same period.

Despite the availability of state and federal grants for lower-income students as well as some $2.7 million in VCU tuition waivers (2018-19 school year), 71% of “students of color” who graduate from VCU carry student debt, according to State Council of Higher Education for Virginia data. (This understates the problem because it does not include roughly one-third of students who drop out from VCU.)

The average liability of “students of color” who graduate with debt was $31,523, according to SCHEV data from 2017-18, the most recent year available.

(SCHEV does not break down student debt by sub-groups of “students of color,” which presumably includes Hispanics, Asians, biracial students, American Indians, Pacific Islanders, and blacks of African and Caribbean descent. If African-Americans were broken into a separate category, the percentages who carry student debt likely would be higher, as would the level of student debt upon graduation.)

While Rao enjoyed the highest compensation of any state or public university employee in Virginia that year, he was far from the only VCU administrator to earn a fat salary. Provost Gail Hackett earned $415,000 in salary in 2019, according to the Washington Business Journal of highest paid Virginia public employees. Aashir Nasim, vice president of institutional equity, effectiveness, and success, earned a salary of $292,800 in 2019,

But a few high salaries at the top of the pyramid is a small part of a larger story. VCU faculty, like other major universities, has a hierarchical structure: poorly paid adjunct faculty and graduate students at the bottom, full-time instructors in the middle, and tenure-track faculty at the top. Tenure-track faculty are divided, largely on the basis of seniority, between assistant, associate and full professors. Tenured professors enjoy greater job security, higher pay, more perks, and smaller teaching loads. If they are engaged in scientific research, tenure-track faculty may supplement their salaries with research grants and have graduate students assigned to them as their minions.

Then there’s the bureaucracy. VCU, like other universities, is riddled with administrators from top to bottom. Take the Office of the Provost, for example. Gail Hackett has the following answering to her:

That’s just the Provost’s office. There’s also a President’s Office, and a slew of vice presidents with their own offices for finance, administration, inclusive excellence, research and innovation, development and alumni relations, university relations, and athletics.

Let’s not forget that individual schools — the college of humanities and sciences, arts, business, education, engineering, life sciences, libraries, and the health system — have their own administrations. As do individual departments. Thus, to pick an example more or less at random, the Department of Political Science employs not only some three dozen full- and part-time instructors and professors, it has three administrative staff.

Someone has to pay for this vast administrative structure. The Commonwealth of Virginia foots a share, but students pay the bulk of it through higher tuition.

Earlier this year, diversity chief Nasim documented efforts to hire and retain minority faculty in meticulous detail (concluding that, while far from perfect, VCU had made significant headway). The report responded to a widespread sentiment among black students that they wanted more professors who looked like them. What VCU has never done (or, if it has, I have never come across it) is conduct a study of its vast and sprawling bureaucracy, with attendant costs in salaries, benefits, office space, travel, conferences, and other expenses, and how the burden of maintaining that bureaucracy impacts the affordability and access of a VCU education for minority students.

As long as Rao can define the problem as not enough black students, faculty, or student organizations, or as insufficient anti-racism indoctrination, nobody questions the pay, the perks, and the featherbedding of the staff or the low productivity of senior, highly paid faculty. Nobody questions Rao’s million-dollar salary. Nobody questions the 76%  tuition increase over the past 10 years.

A common leftist interpretation of slavery in the American colonies holds that the ruling slave owners devised legislation that pitted working class whites against black slaves as a way of controlling both. Divide and conquer. Similarly, one might argue that the “ruling class” controlling academic institutions across the United States has devised its own racial regime — in this case stoking black grievances as a way of pitting the student body against itself and distracting from its own complicity in the exploitation of a generation of American youth.