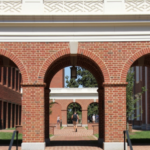 I had barely started a draft of a series on Virginia’s schools of education when it was inadvertently released Saturday.  We took it down when we discovered the error.

People on both sides of the political divide have acknowledged enormous challenges to Virginia’s pre-K-12 public education system.

Some of the problems we all know about:

We just disagree about the causes and appropriate mitigations.

News this series will break for many readers will include:

Those are some of the sausage-makings of the train wreck that is the problems that we all can see in our public schools.

We will take a deep dive into both the requirements for and the performance of Virginia’s teacher education system, Virginia’s laws governing that system and its regulation by the Board of Education to see what part those issues play in causing or mitigating the problems we already know about.

In doing so we will discover issues that most of us had no idea about.

Productivity. We will hold Virginia’s schools of education schools up to other states’ teacher education systems’ productivity — the rate at which new teachers are created — as reflected in the federal Department of Education’s Title II Higher Education Act data.

The news is not good on that front.

Virginia laws and Board of Education Regulations. You will find the ever-expanding regulatory requirements for teacher knowledge and performance driven by the recent updates to Virginia laws to be astounding.

You will see that Virginia’s Board of Education standard for supervised student teaching conducted in undergraduate schools of education, which are the source of 96% of Virginia’s undergraduate education completers, is far lower than many other states that have published such standards.

So, the Board of Education requires new Virginia teachers to absorb a world of theoretical knowledge with below-average numbers of classroom hours in which to practice and demonstrate skills before they show up at your child’s school as a teacher.

You will agree the requirements would stress any teacher out, much less a new one.

But they purposely feather the nests of the graduate schools of education, which have been omnipresent, especially the UVa ed school faculty, in the drafting and approval of those regulations by the Board of Education.

UVa and Virginia’s Closed-loop Ed School Regulatory System. The University of Virginia’s School of Education and Human Development is a graduate school that still offers an undergraduate program. It is Virginia’s highest-rated education school in all of the national ranking systems. 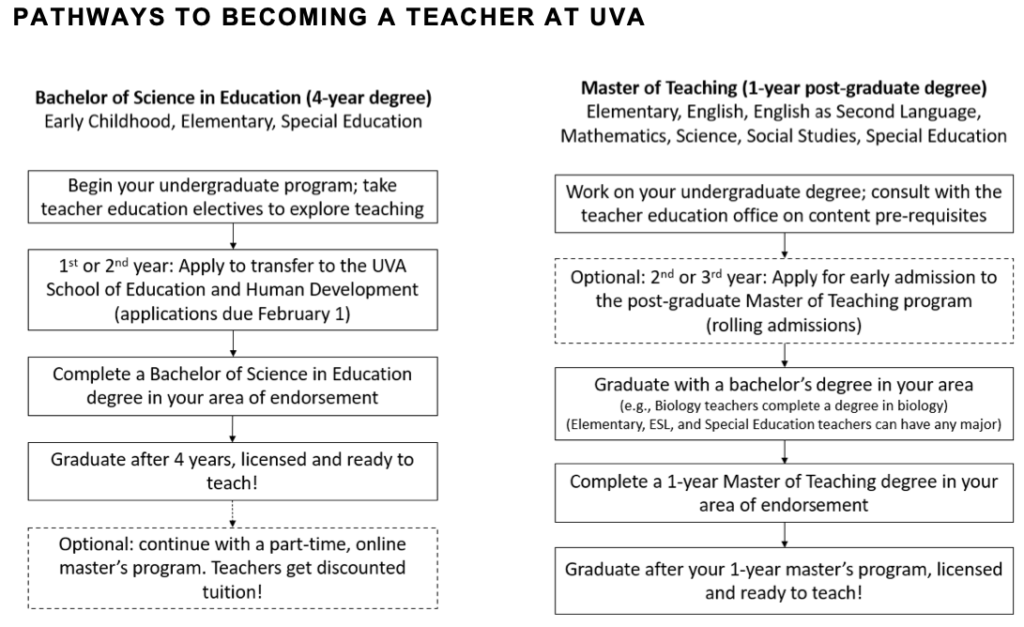 EdPolicyWorks and the other UVa centers, labs, and projects have formed a quasi-official think tank for the Board of Education, with directed funding every year in the state budget.

They have been the primary source of the very regulations that Virginia’s education schools are responsible for fulfilling. There is directed funding in the state budget every year for those centers, labs and projects and support to the Board of Education.

Teacher education program differences. I will show how Virginia’s Schools of Education undergraduate programs compare to one another in important metrics. They are very different.

Alternative Routes. We will look at both Career Switchers and Teach for America (TFA).

TFA, which focused on preparing teachers for work in impoverished areas, has had a partnership with D.C. Public Schools (DCPS) since 1992. TFA provided 170 teachers that were actively working in DCPS schools in 2020, including its 2014 Teacher of the Year.

If the Commonwealth in total has twenty TFA teachers I will be surprised. TFA teachers work only in Alexandria (new program) and a couple of counties in Southwest Virginia.

Alternative route teachers get a provisional license, but are in classrooms today. And the reputations of those teachers are generally excellent.

In D.C., the National Capitol TFA region itself has been under contract to DCPS for years as a paid consultant on new teacher recruitment.

Bottom line. Virginia’s traditional four-year degree Bachelor of Education programs are a mystery to me for a several reasons:

So, if we want to know why Virginia schools do not have enough teachers, are not getting enough new teachers, and why the new ones we do get are stressed and many quit within a couple of years, look to those issues.

We will in this series.