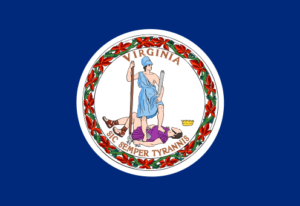 At the age of 75 with a life of experience in and with government, I will offer here my assessment of the current structural problems in our state government that make that government significantly less efficient and effective than it should be.

You will note that these comments generally do not point fingers at either party, but rather at the sum of their efforts or lack of same.

I grew up the son of a federal worker. Most of the men in our Falls Church neighborhood were WW II veterans and after the war most of them were civilian employees of the federal government. I spent nearly 30 years in the Navy and ten more as a government contractor. I dealt with Congress a lot.

In retirement, I took up causes for improving my state. I have spent a lot of time over 15 years dealing with the General Assembly, the Governor and the state administration.

So those are the bases for my perspectives. You will note that my experience dealing with the federal government informs my critique of the government of Virginia.

I wrote a few months ago that the Supreme Court actually acted at the request of the Governor to relieve him of the responsibility for issuing an emergency executive order for the unconstitutional taking of the property of residential landlords without just compensation.

With that action, they effectively took themselves out of position to hear cases on gubernatorial overreach in “emergency” actions.

I have no suggestion for trying to fix this but continuing to report it.

Virginia’s laws allowing unlimited campaign donations to state candidates is the core of the systematic disfunction and perceptions of corruption of every elected office in the Commonwealth. All else pales by comparison.

Until our lawmakers and the Governor can limit those donations, nothing important will change.

While there are members in both parties who try to do the right thing when they have enough information to know what that is, they are good people operating within a structurally corrupt system.

The Governor of Virginia has unlimited power for an effectively unlimited duration during a state of emergency that he himself declares. This is clearly the biggest problem in the Governor’s office exposed by COVID. That law needs to be changed ASAP.

Another is once again campaign donations.

The Governor, term limited, continues to take huge campaign donations while in office.

When faced with a potentially contentious issue, like COPN reform last summer, he convened a commission of lobbyists to see if they could agree on any changes.  When they could not, he refused to take a position. Since both sides are donors, he did not want to take either side on, and chose not to do so.

A major problem with the administration of government is profound ineptitude of the bureaucracies with which I have dealt, primarily the Department of Health and more recently the Department of Education. As you will read later, I lay part of that to the complete lack of oversight by the General Assembly.

In the federal bureaucracy I could and still can always find a good person of rank to speak to about issues which he or she clearly understood and who wanted to do the right thing.

That has not been my experience with major bureaucracies in Richmond, most prominently the Department of Health, which as far back as research takes me has wielded a negative influence over public health in Virginia for all of my adult life.

I have come later to consider the performance of the Department of Education, but it is so radicalized at the top that it is not possible to determine whether the individual components of the bureaucracy are competent or not.

Attorneys General seldom take up an investigation against any powerful state interest. They will seldom if ever sue any such interest, regardless of Virginia laws such as the Virginia Antitrust Act. The last time I know of that happening is when AG Bob McDonnell threatened to sue Inova in federal court to prevent its expansion. That was in 2007 or 2008.

I’ll say it again. Attorneys General continue to take campaign donations while in office. That cannot be OK.

Virginia’s General Assembly is ignorant by design. Members of our part-time legislature simply do not have access to enough unbiased information to do their jobs.

JLARC does some good work on occasion, but it is too small and lacks the deep subject matter expertise to serve the individual committees and members of the Assembly.

Thus the second thing that the General Assembly must do after they limit campaign donations, especially from out of state, is to create professional staffs for each of their committees.

As a result of the lack of such a resource, going to committee hearings in Richmond occasionally leaves one embarrassed to be in the same state with some of the elected officials of both parties. Too many of them simply have no idea what they are talking about. The only talking points they have are provided by lobbyists.

Under the current structure, many members take bills largely written by lobbyists and put them in the hopper. Those members then proudly accept plaques from the lobbyist associations as 100% supporters. Seriously. They post photographs of themselves standing beside the lobbyists, plaques in hand, on their websites.

If a citizen tries to input an idea, there is no place to send it except one’s own delegate or senator. If they don’t agree, then most are done. I have a terrific delegate, Jason Miyares, who is the reason that I get anything considered since Frank Wagner retired.

If one tries to send an idea to Committee Chairs or party leaders in the General Assembly, nearly all have a staff fire wall set up to block inputs from anyone other than donors or constituents. When I used to deal with Congress, I found the Republican or Democratic staff members of the committees genuinely interested in policy ideas and willing to entertain new ones in a phone call or a meeting.

Virginia’s unrestricted campaign donations seal the deals for many votes. I have seen votes by blocks of party legislators go entirely against what are nominally party policies to accommodate hard-pressing donors.

Finally, the combination of part-time legislators and lack of professional staffs leaves the state bureaucracies without General Assembly oversight, which is one of the reasons why some of the key ones are inept.

We citizens can effect the necessary changes only when we know and press the issues. We need to get active in participating in state races sufficiently to at least ask in public candidates the questions that are indicated here.

Take to social media with these questions and ask the members’ election websites.

The questions are genuinely bipartisan and transcendently important.

This entry was posted in Efficiency in government, ethics, General Assembly, Governance, Government Oversight, Money in politics. Bookmark the permalink.

51 responses to “Virginia’s Government – a Critique”