Was it the months of ugly race-baiting? The profound, unrelenting negativity of the Terry McAuliffe campaign? The lies that fell so easily from the Democrat’s lips? Stacey Abrams? Randi Weingarten? Kamala Harris’ illegal church video? The out-of-state money flowing into Virginia campaigns? The tedious references to Trump? The ghoulish enthusiasm for abortion? The tiki torches?

Or was it simply the positivity of the Glenn Youngkin campaign? The ability of the candidate to stay on message and not take McAuliffe’s bait? Was it Youngkin’s focus on issues that affect ordinary people: Taxes, schools, safety? Was it his promise that Virginia has brighter days ahead, without fear of more unconstitutional shutdowns and mandates? Was it his pledge that as governor he’d make sure Virginia school children would learn American history — the good AND the bad — without being taught to hate each other because of their race.

Maybe it was the diversity of the Republican slate: The smart, upbeat Youngkin who said he wanted to “serve” the people of Virginia rather than tell them what to do. Winsome Sears, the lieutenant governor-elect who on Tuesday became the first black woman elected to statewide office and whose story of coming to this country from Jamaica and being willing to die for it in the U.S. Marine Corps touched our hearts? Then there was Jason Miyares, the talented Virginia Beach prosecutor and son of a Cuban refugee who promised as attorney general to put bad guys in jail and keep them there and never set cop killers free.

Biden helped, of course. For 10 months he stumbled and bumbled. Biden welcomed hundreds of thousands of illegals at our Southern border during a pandemic. He ignored his generals to make a sloppy and deadly exit from Afghanistan in order to parade around triumphant on the anniversary of September 11. The president shrugged as inflation drove up the price of everything from gas to food and seemed unconcerned that his secretary of transportation was on paid leave while the country was in the grips of a crippling supply chain crisis.

Over and over Biden has shown himself to be a feckless leader, in league with the most extreme elements in Congress. His imposition of vaccine mandates without regard to natural immunity or personal choice has caused chaos from coast to coast. 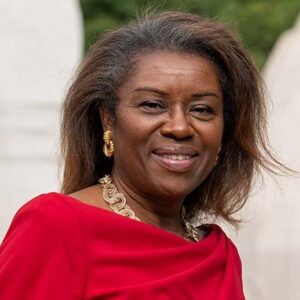 The Loudoun County School Board deserves some of the credit, of course, with its unbridled arrogance toward parents and its unfathomable indifference to the safety of children.

We can’t forget the woke Virginia liberals, more concerned with pronouns than educating kids. Or the clueless teachers unions that pretended that a 9-year-old sitting in front of a computer for eight hours a day was as good as going to school. Or those out-of-touch liberal snobs who send their own kids to private schools but insist that those without means be imprisoned in their zip code. Or the elites who sneered at mothers who wanted to know why sexually explicit material was available in school libraries and who asked that their kids not be forced to spend all day in masks or told to eat silent lunches at their desks.

Then again, it could have been 20 months of insanity that came before Election Day. And the knowledge that when a Democrat gets to the Governor’s Mansion he’s willing to strip citizens of their civil liberties on a whim. Many of us were horrified when Ralph Northam closed our churches and told us to be home by midnight. This governor’s arbitrary and excessive use of the vast emergency powers that rest with the office offered a chilling preview of what might come with a McAuliffe administration.

Whatever it was, the stars aligned this week. The conventional wisdom that a big voter turnout favors Democrats was set on its head. This time the PEOPLE of Virginia came out. Coal miners, peanut farmers, truck drivers, waiters, mechanics, bureaucrats and business people flocked to the polls to elect a man of vision and optimism. The voters flipped at least five and probably seven seats in the House of Delegates to take control of one chamber of the General Assembly. 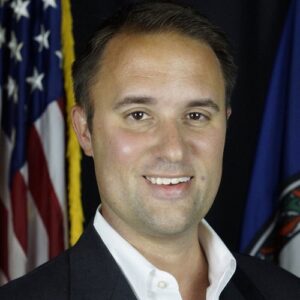 It was a bloodbath for Virginia’s Democrats. Now bring on the mid-terms.

When I went to bed in the early hours of Wednesday morning I was no longer worried that the next governor would stomp on our civil rights, close our schools or issue more ineffective mandates. And I was hopeful that charter schools, long stymied by the powerful teachers unions, will now sprout up across the commonwealth and parents will have choice in where their kids go to school.

The Democrats went too far when they messed with Virginia’s kids.

The voters — Republicans, Democrats and Independents — brought common sense back to Richmond.

Best of all, they chose hope over fear.