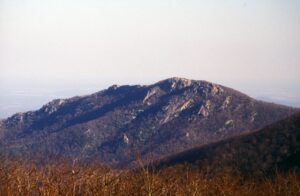 It is time to take a break and talk about something entirely different related to Virginia — how the current physical structure of the Commonwealth in the 21st century came to be.

I have been taking an introductory geology course this fall from J. Sargeant Reynolds Community College. (Virtual, of course.)  I became fascinated with geology many years ago and determined to take a course when I retired and had the time. My class project was a short paper and presentation on the geology of Shenandoah National Park.

So, to give your mind some relief from constantly checking your computer for any updates on the ongoing ballot counting in other states, here are some of the things I have learned about our mountains:

So, the next time you are hiking on Old Rag Mountain, realize that the rock around you is 1.1 billion years old.  Sort of puts today’s current events into a different perspective.

For anyone, who wants to delve into this deeper, here are a couple of good websites (the information at the JMU site is more detailed):

This entry was posted in Environment and tagged Dick Hall-Sizemore. Bookmark the permalink.