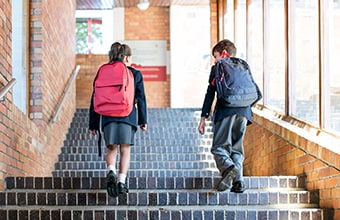 Does Uvalde Texas seem far away?  It really is not.

All of the problems encountered in that tragedy exist in Virginia schools.

I credit the work of everyone in every school district to keep the schools safe. But given the scale of the dangerous school security-related incidents that occur despite their efforts, there is no reason other than chance that Uvalde or Sandy Hook has not happened here.

I share here a compilation of state data that show the scope of Virginia’s school security issues.

For reference to the numbers presented, there were slightly less than 1.3 million students in Virginia public schools pre-K through 12 in 2018-19 in something like 2,200 public schools in 132 divisions.

Perfect security is unattainable at that scale, but we can do better.

I have used the data from 2018-19 because it is the last year for which available data are useful due to COVID disruptions in school attendance.

The data are arranged to show reported incidents across the Virginia public school system by offense category. I have deleted from the full state incident data some categories like smoking violations that I do not consider relevant to this discussion.

There are more categories on the spreadsheet, but that is enough for this discussion. Use it to find facts about your children and grandchildren’s school division. They might surprise you. These data can be broken down by individual school, but this particular sort is good enough to point out the macro problem.

And these are the incidents that were caught and reported.

The data are obviously impacted by the choices of individual principals of what to report and how to categorize what happened. When I have looked at this at the individual school level, it is clear that whatever reporting standards are required are not uniformly applied or enforced. So, these data represent the minimum number of incidents actually dealt with at the school level.

I also do not know how many of these incidents reported to VDOE resulted in criminal charges, thereby populating a record that can later prevent the purchase of a gun by someone who should not have one.

In one school year.

Now pare that down to consider what we can do to prevent weapons and trespassers from getting into our schools — the most common scenario for mass tragedies.  Certainly most of both can be detected and blocked from entry.

And then assess how we can better protect the children, teachers and staff from mayhem inside the schools, and from the fear of it.

I strongly reiterate that there are good people working these problems every day.

But we can hope the actual numbers, when publicized, are bracing enough to drive additional state and local action to help them.

This entry was posted in Crime , corrections and law enforcement, Education (K-12) and tagged James Sherlock. Bookmark the permalink.