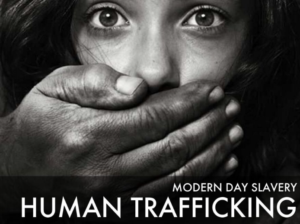 Seldom can we mitigate bad problems with solutions that work and are handed us on a platter. But we can do that in Virginia in the case of human trafficking.

The Department of Justice defines human trafficking as follows:

The last time we had good numbers on arrests only, there were 5,000 arrests related to suspected trafficking in Virginia between 2012 and 2019.  Yet even now, the Commonwealth’s Trafficking Coordinator wrote at the end of last year that nearly all of the charges have been brought against buyers and sellers of prostitution, not traffickers.

It has since 2013 offered the Uniform Act on the Prevention of and Remedies for Human Trafficking (Uniform Act). This act has been adopted by at least nine states and the U.S. Virgin Islands.

While Governor Youngkin signed a spate of new laws in June of this year, a big improvement, Virginia laws on human trafficking remain scattered all over the Code of Virginia.  The only Virginia law against it is § 18.2-355. The laws remain woefully inadequate.

The Uniform Act is ready to submit. Both parties in the General Assembly should sponsor it and adopt it unanimously in the upcoming session.

I do not know why Virginia has not moved forward with the Uniform Act.

If I were to guess, the reason is inertia.

The Uniform Act penalizes both traffickers and patrons and protects the victims in a single integrated law.

The offenses in the Uniform Act are:

The penalties, in addition to incarceration for the offenses listed, can include restitution and forfeiture. It provides for an affirmative defense of the victim against charges of prostitution.

There is a long list of other victim protection measures, including eligibility for benefits or services. The only benefit Virginia offers to the victims of trafficking is in-state tuition, and that just went into effect this year.

Here is the Uniform Act. Look at that compared to Code of Virginia § 18.2-355 and you will see that the Virginia law is woefully lacking in specificity.

The Virginia law uses the term “against his or her will” without specifying what that means.  The Uniform Act provides a list of specific violations that would seem far easier to prove, and thus to prosecute.

I hope that legislators from both parties will carry the Uniform Act as amended by those recommendations.

It is ready to submit, and it is the right thing to do.