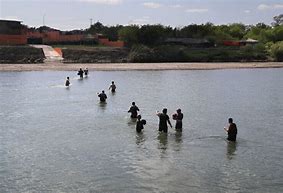 I am on record as a persistent advocate of improving the quality of both schools and medical services for poor and minority citizens. It has been the main focus of my work for years.

In a directly related matter, we read, with different reactions depending upon our politics, of the struggles with uncontrolled immigration on border states on the one hand and D.C, New York City and Los Angeles on the other.

We are treated to the public spectacle of the mayors of sanctuary cities deploring massive new influxes of illegal border-crossers and asking for federal assistance. It provides one of the best object lessons in being careful what you ask for in recent public life.

All of that is interesting, but Virginians know that the problem is increasing. They know Virginia can’t fix it, and they want to know how Virginia will deal with it.

By law we owe illegals services. And we need to provide them efficiently and effectively both for humanitarian reasons and to ensure that citizens are not unnecessarily negatively affected.

There is work to do.

The problem.  Here is the increasing problem of illegal crossings in three charts. 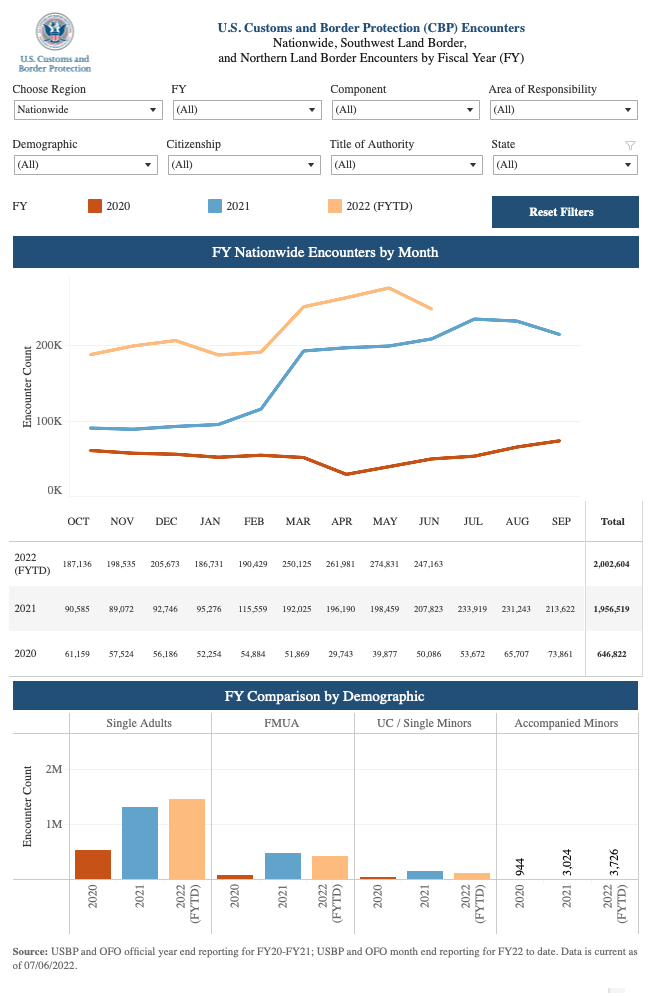 That CBP encounter data doesn’t include an estimate of a million “got-aways” in the past 12 months.

We also know that illegal crossers are not being deported at the border as efficiently as they used to be. 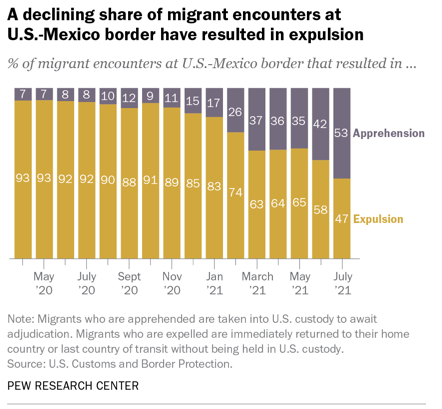 If Title 42 is not enforced, even those deportations will collapse. 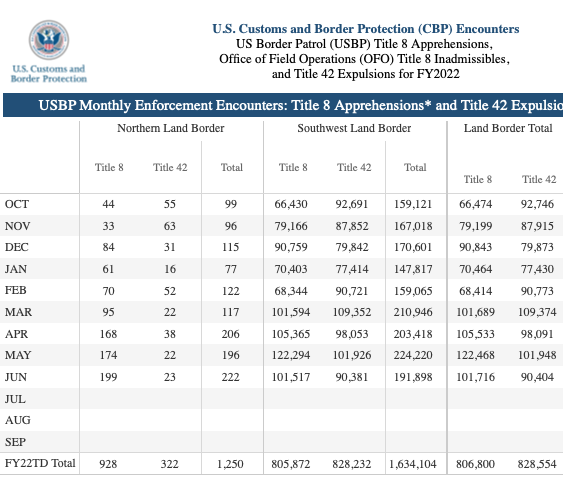 Those figures suggest a major national security issue. By wide majorities, Americans want it fixed. But that is not the subject of this article.

Virginia’s state and local governments can’t fix it, so they have to deal with it. The state must ask and answer:

The short answer appears to be that Virginia at the state level may not know the answers to support both mandatory and compassionate services for illegals in the state. It is in the public interest of citizens that those services be provided efficiently and effectively.

The children should be in school and Virginia school divisions should provide the resources to educate them. We should have viable options to hospital emergency rooms for their medical care to reduce the cost and prevent festering illnesses. They should have somewhere safe to sleep. The adults and children should not be exploited. Unaccompanied minors are of particular concern in that regard.

To the degree that it is not done today, Virginia should gather, share and use information in an organized way at both the local and state levels to plan, budget and execute services for illegals.

Local police, health departments and social services agencies surely know better than anyone the answers to those questions. Virginia needs to collect, collate and leverage that for the good of all.

Laws mandate education, health care and police services to illegals without discrimination and, by and large, without reporting immigration status of recipients to the federal government.

At the state level and local levels, we should explore both how to acquire and share better information on illegals within the constraints of federal law and eliminate any barriers to such sharing in state law and regulations.

I am unable to find a state agency with overall responsibility for keeping track of illegals. Certainly the state Secretaries of Education, Health and Human Resources and Public Safety and Homeland Security have portfolios that indicate the need for such information. All have planning divisions.

State Police has a criminal intelligence division, but the need for information exceeds criminal activity.

The Governor may wish to consider appointing a lead agency to gather and collate information on illegals not accused of crimes other than illegal entry for use by the wide range of state and local agencies needing that information.