Virginia is the Queen Mother of Bellwethers 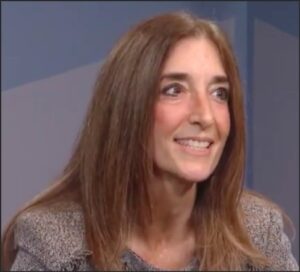 Honestly, where does one start in trying to explain Virginia politics?

Wednesday’s leadership change by House Democrats should not be considered shocking. Democrats had very close contests for caucus control after they won the majority, so losing that majority would naturally jeopardize their leaders.

Suffice it to say, Delegate Eileen Filler-Corn has never had a firm grip on her caucus having won close leadership elections and she barely lost the vote Wednesday.

Was Wednesday about the younger, more aggressive progressives making a move? Like most things in politics, it’s complicated, but Democrats nationally are losing the enthusiasm of younger progressive voters.

There’s more to the leadership change than age demographics. This likely came down to the simple fact that Democrats lost control of the House in November and had no clear plan to win it back. In fact, they could possibly lose even more seats this year.

Can’t blame them for being nervous and searching for direction.

Remember, Virginia’s House of Delegates could be facing ANOTHER round of elections when the national leader of their party is stuck in the low 40s and a net negative four points worse than election day 2021. On top of that, how about all of those PRIMARIES within the Democratic Caucus?

*ChecksVPAP* (reminds self to send them $)

17 (SEVENTEEN) House Democrats ALREADY have primaries for the next election – which could be this year. Which means NOW. On top of that, 15 (FIFTEEN) House Democrats are currently slated to run against a fellow member of their caucus after redistricting changed their district lines.

Many will think, “Well, Leader Filler-Corn couldn’t handle her own caucus…” That’s technically accurate — but also WAY off the mark. Especially given the apparent deep divisions within that caucus. If you win a caucus election by just a couple of votes, you don’t sit, you live under a sword of Damocles.

NOT ONE PERSON comes to mind who  could have kept that naturally fractious group together. And I don’t mean another House Democrat. I mean ANYONE. Period. Wednesday’s close vote doesn’t portend the emergence of a consensus leader and the divisions could deepen.

Democratic consultant and strategist Ben Tribbett explained to me years ago:

The Democratic Party is a complex coalition.

Imagine this ever-present reality whenever, as their elected leader, your phone rings or you read a text:

If I don’t get what I want right now, you lose my support…

Some have suggested that this was all brought on by Clean Virginia’s displeasure with Leader Filler-Corn and a progressive vs. moderate thing. Shaun Kenney had a fairly convincing column on that line of thinking; however, Filler-Corn is a solid progressive. This seems more operational than ideological.

I think this was a straight up power play. In baseball terms — see ball, hit ball.

Delegate Scott waited for his pitch and hit it. (He’s a baseball guy BTW — see interview below.)

This is not a knock on Democrats, but an observation of their behavior during this historic political realignment of the last two decades. (Which is global by the way.)

Republicans have their own unique issues which we have discussed here, but what they both excel at is winning by being against the leader of the opposite party. House Democrats came into power largely because Donald Trump was in the White House, and Republicans used that same construct with Joe Biden to win their House majority back.

It’s just the nature of a binary political system trying to govern 330+ million people during a period of massive and accelerating change. The force is stunning BUT Force = Mass X Acceleration. f= ma

If you follow politics for business, cultural, or just general interest reasons, this is absolutely critical to understand. Not only is Virginia the Mother of Presidents, it’s also more directly — the Queen Mother of Bellwethers.

Translated – this is already happening around the country and especially in Congress. Or do you think once Speaker Nancy Pelosi (82), Majority Leader Steny Hoyer (82), and South Carolina’s Jim Clyburn (81) et al. are no longer in the majority after this November that they will be able to muster enough votes to run their caucus?

Did Virginia just show you that outcome or can Filler-Corn get that one vote back by offering a solid plan to regain the majority.

I wouldn’t rule her out just yet since politics is about the future and pitching “Message received, now let’s move forward together!” could sell.

The nation soon will see in which direction Democrats are likely going based on what Virginia House Democrats do next.

Stay tuned… until then here is my interview in March with Delegate Don Scott – the leader of yesterday’s leadership change and probable front runner for House Minority Leader.

Morning Consult rolled out polling of every governor in the country. The most popular govs? Republican governors of the deep blue states Vermont, Massachusetts, and Maryland.

Governor Glenn Youngkin’s numbers are holding steady at 51-35. Assuming 14 points undecided and a 50/50 break, up 50s is pretty good after his first 100 days given the mood of the country.

This column has been republished with permission from The Intersection.

This entry was posted in General Assembly, Politics and tagged Chris Saxman. Bookmark the permalink.