Virginia Goes Wet With Nary A Whimper 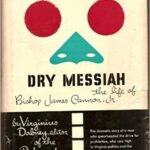 It has only been a century since Prohibition was approved with ratification of the Eighteenth Amendment in 1919.  Is it finally over in Virginia?  For Virginia, a century is but a moment.  Are we rushing this?

A bill is sitting on Governor Ralph Northam’s desk that would not have been successful ten years ago, would have been political suicide fifty years ago and even now deserves attention.  It makes all Virginia localities wet, allowing ABC stories and mixed drinks in restaurants within their boundaries.  The 31 counties that remain dry or partially dry can only maintain their restrictions on demon rum if a local referendum approves continued prohibition.

To now require a local prohibition vote is a complete one-eighty from what has been the law for decades, requiring a local referendum to allow liquor sales in state ABC stores or in restaurants.  Two versions of the same bill have passed, one sponsored by Republican Senator Bryce Reeves and the other by Democratic Delegate Christ Hurst.

That whirring sound coming from down near the James River is the body of the once-famous and now forgotten Methodist Bishop James Cannon spinning in his grave in Hollywood Cemetery (not for the first time but perhaps for the last).  Cannon was the “Dry Messiah,” a political power broker who delivered Virginia to Herbert Hoover to keep wet Al Smith out of the White House over fears Smith would end Prohibition.  It ended a few years later under Democrat Franklin D. Roosevelt instead.

A veteran lobbyist on alcohol issues confirmed that this was the first attempt at the General Assembly to just flip the referendum process, and he also noted the lack of controversy as a sign of how Virginia has changed.  “Even the independent Baptists aren’t testifying against it,” he said.

There’s still plenty of political lightning around the issue, however, with Reeves’ bill drawing 17 nays in the Senate and 32 nays on the House floor.  Another bill that would allow ABC stores to move their Sunday opening hour from 1 p.m. back to 10 a.m. is hung up in a conference committee.

The changes in the code made by Reeves’ and Hurst’s bill are not dramatic.  Where it required a referendum to permit the sale of alcoholic beverages, it now requires a referendum to prohibit it.   The process flips as of July 1, 2020 (perfect timing, since Prohibition began in 1920 after ratification in 1919), but any locality that wants to have a prohibition referendum before then can start the process now.

The ABC Authority issued a fiscal impact statement of the obvious, that opening a bunch of new stores or passing out more mixed beverage licenses would be a net revenue boost for both the state and the affected localities.  Do not be surprised if the final budget amendments adopted next week reflect and spend that revenue promptly.

It was quite common that the patron of the bill granting the special license did not reside in that locality, and thus could not be punished by its voters.  Did a colleague from that place recruit them for the bill? Gentlemen and gentle ladies didn’t say.

The code section that listed them all has grown to 31 obscure locations. Sad to say, this new bill repeals the section entirely and will remove it from the code, while grandmothering those licenses.  Take a moment to peruse it and say goodbye to yet another piece of Virginia’s political history.  Many will mock, but some will mourn.

This entry was posted in Regulation and tagged Stephen D. Haner. Bookmark the permalink.