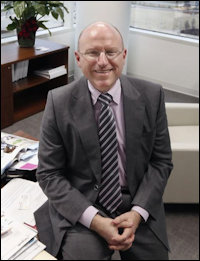 Site Selection magazine has awarded the Virginia Economic Development Partnership (VEDP) its Prosperity Cup as “the most competitive state-level economic development group” in the country. That’s quite a turnaround for an economic development organization that only two-and-a-half years previously the Joint Legislative Audit and Review Commission (JLARC) had found to be inefficient, ineffective, and suffering from “systemic deficiencies.”

Amazon and Micron “were obviously two signature wins for Virginia in the last several months, but there are a lot of other great things going on all over the state,” Moret told Site Selection. In addition to the two mega-projects, Virginia snagged an impressive $5 billion of investment in smaller deals.

Virginia takes a lot of pride in being a predictable, high quality operating environment for business, and businesses feel good about that. We’re not always the lowest cost, though we’re a relatively low tax state, we’re a relatively low cost-of-living state. But the quality of the institutions, the infrastructure, the tax and regulatory environment and the predictability of all of it, that made a big difference for us.

Moret has done more than energize the deal-making capacity of VEDP. He is transforming thinking about economic development in Virginia. He’s more than a deal closer, as important as that is. He is fully conversant with academic economic-development theory.

In the past, economic development professionals in Virginia were reluctant to stray far from their role as glorified practitioners of the real estate industry: developing, marketing, and selling large commercial and industrial sites. Moret understands and fosters linkages between economic development, job training, higher-ed, innovation ecosystems, and urbanism. In his PhD dissertation, he explored the relationship between human capital and economic development. He cites economic theoreticians such as Enrico Moretti, author of “The New Geography of Jobs,” and he hob-nobs other thinkers such as Brookings Institute scholar Amy Liu. He has given an intellectual gloss to Virginia’s economic-development marketing materials, combining traditional rah-rah-Virginia sales pitches with thoughtful interviews with scholars and university presidents in the newly launched quarterly, the Virginia Economic Review.

In sum, Moret takes an integrative approach to economic development. The ability to think beyond traditional economic development tools such as tax breaks and subsidies was critical to clinching the Amazon deal. True, Virginia did offer significant incentives, but they were far less lavish than the packages offered by other states. Moreover, much of the state’s commitment to the project consists of investments in higher education —  a pledge to build human capital — and transportation infrastructure, both of which benefit Virginians broadly, not just Amazon. As he told Site Selection:

We knew that if they were putting a lot of weight on incentives that we would lose. There just was not an appetite for that. Virginia in general is a state that is very conservative in how it manages its budget. We weren’t sure how that would factor in. We were hopeful that the historic investment we made in higher education for tech talent would make a big difference, and that did end up working.

The Amazon win enhances Moret’s credibility with the Northam administration and the General Assembly, both of whom are more likely now to accede to his requests for more resources. He is now getting funding for some of his pet projects.

Virginia still lags best-in-class in some areas such as marketing, preparing sites for quick development, and providing custom programs to deliver skilled workers to major employers who move to Virginia or expand operations here, he told the Richmond Times-Dispatch. The fiscal 2020 budget will give him the resources to launch initiatives in all those areas.

Said Moret: “We definitely don’t want to take our foot off the pedal.”

This entry was posted in Economic development, Labor & workforce and tagged James A. Bacon. Bookmark the permalink.