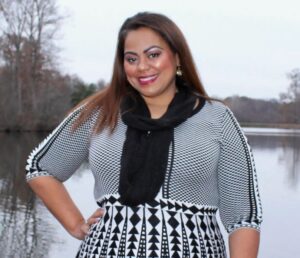 On Sept. 10, 2019, the Office of the State Inspector General (OSIG) received a hotline complaint. The complaint alleged that the Virginia Department of Education’s director of equity and community engagement, Leah Dozier-Walker, was “using state resources to establish a consulting company” performing “many of the same job functions” she performed for her job, according to a redacted summary report released under the Freedom of Information Act.

The OSIG report concluded that Allegation #1, alleging an unethical consulting business, was “sustained,” and Allegation #2 was “largely substantiated.”

Dozier-Walker is still listed in the Virginia state employee directory as Leah D. Walker , an employee of the Virginia Department of Education-Central Office Operations.

Screen capture from the State Employee Directory. Click to enlarge.

Furthermore, the duties in her Employee Work Profile, a formal description of her job, “were either identical or nearly identical to the consulting services listed on the websites.”

One of the websites had a disclaimer, stating: “In accordance with my strict adherence to ethics requirements, I will not accept any work that conflicts with my obligations to the Commonwealth of Virginia.” But the report said, “It is debatable whether this disclaimer is sufficient or would negate any appearance of conflict of interest.”

A month later, on Sunday, Aug. 25, 2019, Dozier-Walker incorporated Leading Impact No., LLC with the Virginia State Corporate Commission. The next day, during “state time,” the report said, Dozier-Walker posted a tweet at 1:54 p.m., stating she “started new job at Leading Impact Now (Owner and Founder).” A half an hour later, at 2:26 p.m., she requested an Authorization for Outside Employment Form, acknowledging receipt of the form at 3:33 p.m. But she hadn’t filed the form by January 2020.

The next month, in early September 2019, Dozier-Walker “apparently paid an outside firm to draft a prototype logo.” A staffer in her office “was asked to proof it and make suggestions,” which the staffer did “while on the job” for about an hour.

During staff interviews, the report said, an allegation emerged that Dozier-Walker was “never around” the office, creating challenges about the office’s work. According to a review of how her time and attendance between Jan. 1, 2019, through early September 2019, with 95.5 hours were “unexplained exceptions.”

In late 2019, Dozier-Walker’s job was reorganized, with communications, website and constituent services assigned to another director.

That winter, on Jan. 31, 2020, she filed a Statement of Economic Interest, answering “no” to questions about whether she got income from an outside business and owned a business of more than $5,000 in value. The investigator said it “cannot be readily determined” if the equity director responded accurately.

“In reviewing both websites,” the report said, “it is clear that Ms. Dozier-Walker has posted a number of pictures, documents and at least one video that was created by VDOE. Some photos show Ms. Dozier-Walker at various conferences while working in an official capacity of VDOE.”

The report said: “There is no record of permission granted for using this brand in a commercial setting. Additionally, it is unlikely that the Virginia Tourism Corporation would allow the branded ‘Virginia is for Learners’ in a for-profit business. Finally, this type of usage may be a copyright violation and subject VDOE and/or Ms. Dozier-Walker to unfavorable legal consequences.”

However, she has set up a new website LeahDozierWalker.com, which touts her resume as “an accomplished leader,” her experience in the public sector, her skills as “an effective communicator,” and her work in Equity & Inclusion, but does not offer any consulting services.

This article was published originally at the Parents Defending Education website, and is republished here with permission. It has undergone slight editing and some editorial updates before being posted on Bacon’s Rebellion. — JAB

This entry was posted in Government workers and pensions, Scandals and tagged Parents Defending Education. Bookmark the permalink.