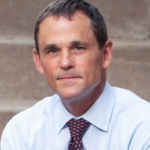 UVa President James Ryan. Courtesy of the University of Virginia

The student charged in the shooting deaths of three University of Virginia football players had a semi-automatic rifle, pistol, ammunition, magazines and a device used to make bullets fire faster in his on-Grounds dorm room, according to a search warrant inventory that the Daily Progress obtained.

What the State Police investigator “found in the room of accused triple murder Christopher Darnell Jones Jr. might have filled a duffel.” In an “on-Grounds dorm room.”

The TAT investigators interviewed his roommate. But the shooter refused to cooperate.

So the University was helpless?

Anyone still want to talk about the thoroughness of the Threat Assessment Team (TAT) investigation and the actions of the members of that team after the investigation was over?

I have exposed those “efforts” in a series of articles to this point, culminating in tracing the bureaucratic structures that let this happen.

That bureaucracy will fight like trapped bobcats, looking for a mid-level scapegoat. They are having closed meetings as I write this.

They are likely to try to sacrifice the police chief. Because he has been the only one of them to man up. And he is not a direct report to President Ryan.

But three young men are dead.

I am not nearly done with that bureaucracy and its leader.

This entry was posted in Crime , corrections and law enforcement, Education (higher ed) and tagged James Sherlock. Bookmark the permalink.