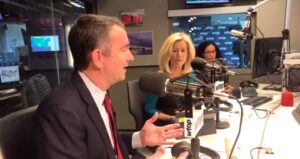 Background. The past several weeks have been full of controversy for three of Virginia’s leading Democratic politicians – Ralph Northam, Justin Fairfax and Mark Herring. The local, state and national media have been focused on allegations of racism against Northam and Herring and sexual assault against Fairfax. However, prior to the media onslaught regarding racism and rape Governor Ralph Northam was embroiled in another controversy regarding comments he made during a radio show. During that radio interview Gov. Northam said some things that some people felt condoned, or even supported, infanticide. What did Ralph Northam say (in context) and did he really condone or support infanticide?

Timeline. Gov. Northam did not make his comments about abortion — and, in the minds of some — infanticide, in a vacuum. They were part of an ongoing debate about third trimester abortion. Here is a timeline of events:

Jan 9, 2019 – Del Kathy Tran, D-Springfield, prefiles HB 2419 – Abortion; eliminate certain requirements. The bill reduces restrictions on third trimester abortions. Most notably, it reduces the number of physicians required to approve a third trimester abortion from three to one and removes the terminology “substantial and irredeemable” from the current law (which requires “substantial and irredeemable” damage to a woman’s mental or physical health as a reason for a third term abortion).

Jan 28, 2019 – During debate in the General Assembly, Tran (answering questions posed by Del Todd Gilbert, R-Woodstock)) says that her bill would allow an abortion after labor has started. Watch the video of the debate here.

Jan 29, 2019 – Tran “walks back” her comments during the General Assembly debate via a Twitter video (scroll down to Jan 31 to see the video). Her claim in the Twitter video that her bill would not materially change existing law is rated “False” by Politifact.

Jan 30, 2019 – Northam speaks with NBC4’s Julie Carey regarding the Tran bill.  An audio file of the dialogue between Carey and Northam is embedded in this article. This is the 2:20 discussion that provoked the outrage regarding Northam’s possible support of infanticide.

Jan 30, 2019 – Gov Northam’s spokesman Ofirah Yheskel issues a statement saying in part, “The governor’s comments were limited to the actions physicians would take in the event that a woman [facing nonviable pregnancy or severe fetal abnormalities] went into labor”.

Jan 31, 2019 – Del Tran “walks back” her comments a second time. “I wish that I was quicker on my feet and I wish that I was able to be more agile in that moment. And I misspoke, and I really regret that. I should have said: ‘Clearly, no, because infanticide is not allowed in Virginia, and what would have happened in that moment would be a live birth.’ ”

Feb 1, 2019 – A photograph from Ralph Northam’s personal page in his medical school yearbook shows a man in blackface and a man in Klan robes. It has been rumored that the photo was brought to public attention by an unnamed person who was outraged by Northam’s comments on the Jan 30 radio show.

Caveat. At this point in this post the factual recitation of events ends and opinion begins.

A Pelosi moment. Northam was clearly being asked about Kathy Tran’s bill during the radio interview. That bill lowers the justification requirements for a third trimester abortion and specifically lowers the requirements for the amount of damage to the mother’s  mental and physical health needed to justify a third trimester abortion. The bill also reduces the number of physicians needed to certify from three to one. Northam’s answer initially addressed the Tran bill. Then, the Governor had a dissociative break. A Pelosi moment. He inexplicably switched from discussing the Tran bill to discussing third trimester abortions in cases where the fetus/baby is nonviable or suffering from severe fetal abnormalities. Neither of these conditions are germane to the changes in existing law that Kathy Tran proposed in her bill. He clearly did support infanticide in the case of a resuscitated baby born with severe abnormalities. This was more along the lines of a “do not resuscitate (again)” order for an adult than the killing of a baby who threatens the mother’s mental health.

Saved by the second doc. NBC reporter Julie Carey tried to pull our mentally meandering governor back to the topic at hand. Carey asked about the number of doctors required to certify. Northam thought that a second opinion from a second doctor was necessary – a clear contradiction to the Tran bill. This indicates that Northam had mysteriously veered away from the Tran bill and was now on his own odd tangent. This is especially baffling since Northam has publicly stated that he supports Kathy Tran’s bill, which supports a single physician (without a second opinion) as the requirement to certify the need for a third trimester abortion. See this video of Northam.

Bottom line. Northam did not support infanticide in the context of the Tran bill. He did not oppose infanticide in the context of the Tran bill either. He failed to answer that question at all. A listener who heard the interview should be forgiven for assuming that Northam was answering the question he was actually asked (and started to answer). Virginians are left wondering exactly where our governor stands on Kathy Tran’s proposed (and rejected) legislation, especially as it relates to abortion after the start of labor.

Lessons learned for Northam. First, try to stay focused. When asked about a specific question try to respond to the question at hand. If you decide to change the topic make sure it is clear to all that you are changing the topic. Second, do your homework. It appeared that Northam didn’t really know what was in the Tran bill. Perhaps that’s why he went on his bizarre soliloquy. Third (and most importantly), learn a lesson from Kathy Tran’s second “walkback”  … when a shambolic public statement comes back to bite you in the ass, walk it back fully, honestly and completely. Admit that you misspoke or failed to answer the question you were asked. Explain where you really stand on the matter. Had Northam done this … that picture of the guys in blackface and Klan robes might still be lost in the dusty basement of his medical school’s library.