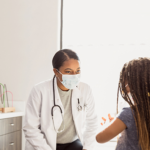 You knew it was coming.

The Times of London has reported the inevitable lawsuit.

Tavistock gender clinic ‘to be sued by 1,000 families’

The Tavistock gender clinic (now closed) is facing mass legal action from youngsters who claim they were rushed into taking life-altering puberty blockers.

I have no idea if the firm that plans the suit will get 1,000 families to join the class. Neither do they.

But everyone knew the suit itself was coming. The defense against this suit, if it ever reaches court, will be severely challenged.

Unless the tort bar retires en masse, such suits are coming to Virginia.

The Tavistock gender clinic and the Trust that ran it will be sued for “failing in its duty of care by pursuing an ‘unquestioning, affirmative approach'” towards gender-confused children and prescribing  experimental puberty-blocking drugs.

The “unquestioning, affirmative approach” will need to be proven, but the plaintiff has high-profile whistleblowers ready to testify.

The High Court has already held the puberty-blocking drugs to be experimental and built a high bar over which a defense must jump.

1.the use of puberty blockers and cross-sex hormones in gender dysphoric minors is experimental due to the limited evidence for efficacy and safety.

2. that these hormones should not, in most cases, be administered  to gender dysphoric minors under 16 without court order, adding that such petitioning was also advisable for 16 to 17 year olds.

That adolescents find it difficult to contemplate or comprehend what their life will be like as adults and that they do not always consider the longer-term consequences of their actions is perhaps a statement of the obvious.

4. The High Court used the figures from the same studies cited in the United States to declare puberty blockers and cross-sex hormones a single clinical pathway.

The evidence shows that the vast majority of children who take PBs move on to take cross-sex hormones, that Stages 1 and 2 are two stages of one clinical pathway and once on that pathway it is extremely rare for a child to get off it.

The court asserted: “Indeed, the statistical correlation between the use of puberty blockers and cross-sex hormones supports the case that it is appropriate to view PBs as a stepping stone to cross-sex hormones.”

So, the court found that the assertion, universally touted by United States activists, that puberty blockers offer a “pause for reconsideration” before cross-gender hormones are administered occurs in such a tiny percentage of cases as to be disingenuous.

The problems mount for NHS in defense of the lawsuit. It gets worse for the defense.

In July, the Cass Review provided evidence of new dangers of puberty blockers. The FDA has published a new warning. And there are high-profile witnesses for the plaintiff.

From a report derivative of the one in the Times about the aftermath of the lawsuit announcement:

Marcus Evans, who resigned as Governor of the [Tavistock and Portman NHS Foundation] Trust (that ran GIDS) in 2019, tweeted: “I always knew this day would come as legal action for damages would be the inevitable consequence of an experimental treatment that lacks an evidence base.”

As at Tavistock, concerns have been raised about the use of puberty-blocking drugs and sex change surgeries by vulnerable youngsters.

Bottom line. In civil cases in the courts in England and Wales and Scotland, the applicable standard of proof is the “balance of probabilities.” The case, plaintiff or defense, that is more probable succeeds. The court weighs the evidence and decides which version is most probably true. If both seem equally balanced, then the defense prevails.

Settlements are encouraged in the U.K. High Court. We might see one here, but I hope it goes to trial. I’d like a verdict.

This same legal challenge is coming to clinics and doctors in Virginia that treat transgender minors with puberty blockers and cross-gender hormones.

There are at least two legal strategies available.

Legal strategies being in the eyes of the plaintiff bar, there will be more.

The defense will hope the clinics and physicians have gotten court orders in each case for the treatment of minors. I have seen no evidence they have done so.

The tort bar will be unable to resist.

This entry was posted in Courts and law, Health Care and tagged James Sherlock. Bookmark the permalink.