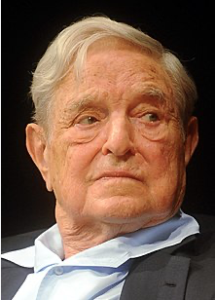 George Soros wrote an op-ed in The Wall Street Journal on Sunday July 31.

Title: “Why I Support Reform Prosecutors.” Subtitle: “Justice or safety? It’s a false choice. They reinforce each other.”

Mr. Soros proudly proclaims he has

supported the election (and more recently the re-election) of prosecutors who support reform.

And will continue to do so.

His right, but we need a little more information.

He has done that in Virginia since at least 2019.  From the Washington Free Beacon:

Soros and other liberal Democrats spent millions on prosecutor races ahead of the elections in a bid to overhaul the state’s criminal justice system, supporting candidates who vowed to introduce criminal justice reform and change the state’s policies on the death penalty. In addition to the $1.2 million in funds Soros spent on House of Delegates and Senate races in the commonwealth, he funneled an additional $2 million to four Democratic prosecutor candidates.

Among the four progressive Commonwealth’s Attorneys backed by Soros was Buta Biberaj (Loudoun). From that same story:

Biberaj received nearly $850,000 from the Justice and Public Safety PAC, a D.C.-based committee financed by Soros. The PAC was by far the largest donor to the campaign.

She won by 2.5 percentage points.

Then there was Fairfax County.

Steve Descano, the liberal candidate in Fairfax County, was the recipient of $600,000 from Soros’ PAC.

In a momentary lapse of judgement, Descano:

…needlessly released a man who went on a spree shooting homeless people up and down the East Coast. The alleged perpetrator, Gerald Brevard, had been apprehended for abduction and attempted rape, but Soros-backed prosecutor Steve Descano let him plead down to lesser charges and even dropped several slam-dunk charges that police later brought against him for a separate incident. As a direct result of Descano’s decisions, Brevard was free and out on the street when the homeless shootings occurred. 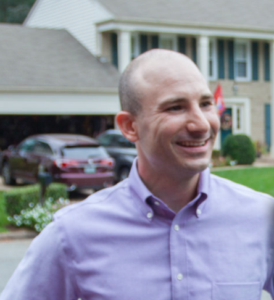 Oops. Steve’s bad. Eggs (in this case people) and omelets.

More in that article. Read it.

On the “Justice or safety? It’s a false choice. They reinforce each other” front, we have breaking news from the New York Post. Headline:

The NYPD’s list of “notable” career criminals is topped by an unnamed “Recidivist No. 1” who’s been busted a total of 101 times, with 88 coming since bail reform was enacted. 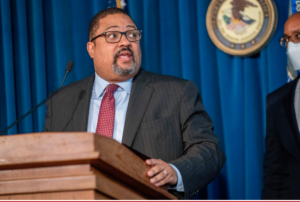 Some NYC judges are doing their part to help. Teamwork.

Virginia, during the Democratic interregnum in Richmond, joined the progressive party. New laws took effect July 1 of last year. None of them mention victims.

My personal favorite is the change made in 2020 Special Session I. It is a special bill written for and at the specific request of Descano, Biberaj and their fellow members of the Virginia Progressive Prosecutors for Justice.

Subsection A. below is entirely new. It empowers prosecutors to dismiss any charges they wish without any standards or consideration by a court or consultation with the victim.

A. Upon motion of the Commonwealth to dismiss a charge, whether with or without prejudice, and with the consent of the defendant, a court shall grant the motion unless the court finds by clear and convincing evidence that the motion was made as the result of (i) bribery or (ii) bias or prejudice toward a victim as defined in § 19.2-11.01 because of the race, religious conviction, gender, disability, gender identity, sexual orientation, color, or national origin of the victim.

Since HB 5062 and SB 5033 in Special Session I were entirely partisan bills, the Democrats will have no valid complaint when they are changed by partisan votes in a Republican House and Senate.

The Legislature Should Consider the Following Reforms

The usual suspects would have been working on those “reforms,” but Virginians elected Glenn Youngkin.

Progressives are well-funded and relentless. Being proven wrong will never change their minds.