Time to Throw the Spotlight on Virginia’s Education Schools 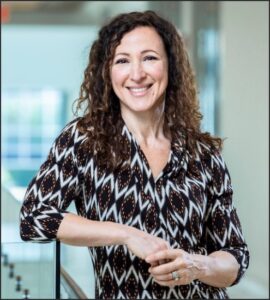 My Bacon’s Rebellion colleague Jim Sherlock has brought much-needed attention to the link between the Wokeness revolution in Virginia’s education schools and the collapse of learning at the state’s public schools. Virginia’s education schools increasingly see their role as less about teaching teachers to teach and more about bringing about the transformation of society.

A case in point: the appointment of Ingrid Guerra-López as dean of George Mason University’s College of Education and Human Development (CEHD), which includes the school of education.

Once upon a time, Guerra-López’s appointment would have evoked no interest outside GMU and the narrow world of education schools. Now we find it necessary to divine her intentions from vague pronouncements made in press releases and other documents, such as this Q&A published on the GMU website. In one utterance she said:

If we are not working together toward clear and measurable societal impact, then we need to ask ourselves whether that work should be done at all.

Further, in that interview, she noted that the CEHD is “anchored in that societal impact mission and continues to innovate through research and through the preparation of professionals that add societal value through schools, organizations, and communities.”

One might think that education schools would seek to maximize “measurable societal impact” by equipping teachers with skills needed to teach children what they need to learn to thrive in modern society. But if that’s Guerra-López’s meaning, she did not say so very clearly.

Frankly, I can’t tell if Guerra-López intends to make GMU’s education school even more committed to Diversity, Equity & Inclusion dogma than it already is, or if, more optimistically, she is just paying lip service to the “social impact” mantra and has a more technocratic vision for the school’s future. She hasn’t left many bread crumbs on the Internet, so she’s hard to decipher. But given the aggressive pursuit of “equity” by GMU President Gregory Washington, one might be forgiven for suspecting that Guerra-López shares his priorities.

A related trend worth watching is the morphing of education schools from entities that teach teachers to teach into entities that fill graduate students with educational theory — much of it woke — instead of practical knowledge. That can be seen in the number of education degrees granted at GMU in 2020-2021:

Think about that. Virginia has experienced chronic teacher shortages for years. With a surge in resignations this year, those shortages are more acute than ever. Yet of the 1,351 education degrees GMU awarded in 2020-21, according to State Council of Higher Education for Virginia data, only 6.0% were B.A.s. In effect, GMU contributed only 81 new teachers to the education labor pool!

The same imbalance exists in Virginia’s other education schools, though not to the same degree. Statewide, education schools issued 165 associates degrees and 1,933 Bachelors degrees in education out of a total 9,386 total degrees awarded in 2020-21.

The vast preponderance of energy and resources in Virginia’s education schools goes into churning out masters degrees and doctorates. Why is this so? Perhaps there is a need for some additional instruction in how to deal with students with autism and other learning disabilities. But do teachers require two years of instruction, as most M.A. degrees are structured?

Teachers are motivated to earn advanced degrees because the credential pushes them into  higher pay grades. They invest tremendous personal resources — time and money — to earn these degrees. One might wonder how much this effort contributes to teacher burn-out. One also might ask how many teachers start these M.A. programs, fail to complete them, and wind up indebted?

Then there’s the question of educational value-added. The CEHD website touts its “research driven” learning methods. Hmmm. Has anyone conducted “research” on the costs and benefits of the push for upgrading teacher credentials? Are teachers with M.A. degrees any more effective at teaching than teachers with B.A. degrees? Teachers are more credentialed than ever before… but the state of learning in Virginia schools is in tatters.

Here’s a final question worth asking: have the graduate-level educational programs at Virginia’s public universities become engines of wokeness paid for by taxpayers, either as state support for the education schools or as higher pay awarded by local school districts? Put another way, are Virginia taxpayers subsidizing “social transformation” and the propagation of a pernicious ideology that seeks to undermine values that most of us hold dear?

This entry was posted in Education (higher ed), Education (K-12) and tagged James A. Bacon. Bookmark the permalink.