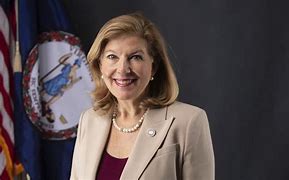 Now that the National Assessment for Educational Progress has provided irrefutable proof of the collapse in learning in Virginia schools over the past four years, the Youngkin administration can move on from the task of persuading Virginians that they have a problem to actually working the problem.

The initiatives that caught the eye of mainstream media reporters are those that have dollar figures attached. Governor Glenn Youngkin has challenged school districts to tap $2 billion in unspent federal COVID-relief funds to hire tutors to work with kids who need help reading. Media reports also took note of an initiative providing $30 million in state funds to help parents defray personal costs in finding assistance.

But there’s a lot more. At the core of the Youngkin learning-recovery program is sharing the wealth of state data with parents, teachers and school districts to drive decision making.

Secretary of Education Aimee Guidera detailed the thinking behind the administration’s seven main initiatives in a Zoom conference hosted by the Thomas Jefferson Institute for Public Policy.

Guidera variously described the learning loss over the past five years as “shocking” and “heart-wrenching” yet not surprising given the widespread erosion of standards under the previous two governors. The loss in learning afflicted every age and racial/ethnic group but was most pronounced among Hispanics and African Americans. While almost every state in the country experienced learning decline, the loss for Virginia 4th graders was three times the national average.

The COVID epidemic “illuminated and exacerbated” challenges that were evident in the data as early as 2017, she said. Here’s how the administration plans to reverse the collapse.

Raise standards. Virginia’s public schools have the lowest definition of “proficiency” among the 50 states when translated into their NAEP-equivalent ratings. Literally the lowest. Virginia needs to raise the definition of proficiency to the highest level in the country, Guidera said. It is likely that raising the “cut” scores — the number of questions that must be answered correctly — in the Standards of Learning tests will result in more students classified as failing… at least temporarily. But she said setting higher standards will bring about changes that will improve learning over time.

Empower parents. Schools can’t reverse the decline all alone. Parents must play a role, said Guidera. However, not all parents have the financial wherewithal to pay for tutors or other help from the private sector. The state will provide $30 million in emergency funds to support a “micro-grant” program aimed at parents. The program will prioritize those “most in need,” she said.

Recruit volunteer tutors. Intense tutoring can help students make up lost academic ground, Guidera said. The state will pursue a variety of partnerships to recruit more tutors. She mentioned specifically a partnership with the Kahn Academy to help with math. Other initiatives will encourage volunteers to sign up as tutors at neighborhood schools and forge partnerships with colleges and universities.

Recruit and retain teachers. An exodus of school teachers from public schools is hindering the effort to catch up students who have fallen behind. The administration has stepped up recruiting efforts and is working to make it easier for people to enter the profession through non-traditional routes. But as Guidera noted, surveys show that the single biggest reason teachers are quitting is terrible working conditions, which the state has little power to influence.

Provide actionable information. In what Guidera calls a “game changer,” Virginia will be the first state in the nation to provide parents and teachers with “data snapshots” of their children/students based on standardized test scores and other data points. These snapshots will say whether the children are tracking at grade level and whether additional effort is called for.

Restoring learning loss is not something the state can do alone, Guidera said. The state must get buy-in from the quasi-independent State Board of Education not to mention local school districts, many of which have signaled their opposition to the Youngkin administration on hot-button issues involving race and transgender rights. Parents must get involved. Businesses, community groups, and citizens must join the effort. “We need all hands on deck,” she said.

Bacon’s bottom line: The proposals are sound, and they fall within the scope of what the state has the authority to do. But the erosion of order in many public schools makes learning exceedingly difficult — and local school officials set the tone for learning. If the learning environment doesn’t change, there is only so much that the Youngkin initiatives can accomplish. Critical to success will be the administration’s ability to coax ideologically hostile school boards into cooperating on areas of common agreement.