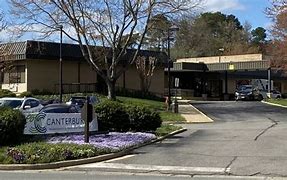 Mike Martz has written three excellent columns that have appeared in the Richmond Times Dispatch starting March 19.  Headline of one: “Virginia tries to move ahead of national ‘reform agenda’ for nursing homes.”

The gist of it was that a couple of national nursing home industry organizations have taken advantage of the public consciousness of the COVID tragedies to produce a “reform agenda” centered around significantly higher Medicaid payments.

Unreported so far is that they also want weaker inspections. More about that below.

We all applaud any attempt to “improve operating standards for nursing homes, initiatives to boost the facilities’ workforce, and efforts to give residents more privacy and protect them from poor-performing nursing homes” as Martz wrote. Who could oppose that?

The financials of nursing homes lead me to agree that higher Medicaid payments will be required to accomplish those goals. But the higher payments need to be accompanied by better oversight to make sure that the money brings the desired outcomes.

The real nursing home scandal in Virginia is that the state clearly has no intention of providing even the oversight that is required under the current inspection regime.

I and others have offered reports here for more than a year that pointed out the horrendous conditions in Virginia’s nursing homes centered around poor staffing and inadequate inspections.

Virginia’s Office of Licensure and Certification (OLC) inspects nursing homes, inpatient hospitals, outpatient surgical hospitals, hospice and hospice facilities and home care organizations. It has been under direct assault by recent administrations and the General Assembly doing the bidding of the healthcare facilities industry.

That assault represents organized government harassment of government oversight the likes of which I have personally never seen. Why?

Because the health care facilities industry doesn’t like to be inspected, and God knows that in Virginia they get what they want.

OLC reported not only a current shortage of 16% (22 of 137) of authorized staff, but it requires require the authorization to be increased by 25 to fully meet its current statutory obligations.

It is not a new problem. Virginia’s Office of Inspector General (OIG) made a point of the shortfalls in a VDH review in 2017.

The inspectors are mostly nurses. Inspection duty is very hard, starting with the fact that healthcare facilities really don’t like to be inspected. The federal inspection manuals are dense and the training required for inspectors is extensive. All of that takes its toll.

From the FOIA response:

“This turnover has largely impacted OLC’s (medical facilities instructors) MFI staff in the Division of Long Term Care Services and support staff throughout the office”.

OLC reportedly had a deal with VDH’s Office of Information Management (OIM) to automate reporting on trends and issues so that supervisors could find and deal with them more efficiently. That deal fell through when OIM required OLC to pay for the system with money they clearly did not have.

The administration and the General Assembly

Then there is the long-standing suppression of inspections by the General Assembly, driven by the powerful healthcare facility lobbyists.

Consider a 2017 law that passed nearly unanimously in both houses of the Assembly.  From the FOIA response:

“Another hindrance to OLC’s ability to carry out its duties is the passage of Chapter 465 (2017 Acts of Assembly), which prevents OLC from re-inspecting a facility unless all other facilities of that same type have received an inspection. Prior to this legislative act, OLC would schedule inspections based on geographic closeness of facilities, to better utilize the MFIs’ time and state resources; after the passage of Chapter 465, MFIs travel greater distances between inspections so that inspections can be conducted in order. This increased travel increases the length of inspections, which means less inspections are conducted annually, and increases the cost of inspections, which compounds OLC’s financial situation.”

Not to mention effectively giving nursing homes and other facilities a heads up when inspectors are coming.

Then there is OLC’s budget.

“OLC’s ability to hire additional staff is directly tied to the licensure fee revenue it receives, as general appropriations to this office have been flat for many years. Unfortunately, OLC cannot raise fees for IHs, OSHs, and NHs because these fees are set by statute. The statutory fee structure for these facilities is $1.50/bed with a $500 fee cap; this fee structure has not been changed in 41 years.”

I raised these issues in this space in November in time for the Northam administration to submit legislative fixes. I personally notified Virginia’s Health Commissioner and Secretary of Health and Human Resources of the problems.

I recently submitted a follow-up FOIA request to VDH to see whether it had done any good. Please advise “if VDH received 2021 legislative or budgetary relief from the staffing shortfalls, budget shortfalls and/or the inspection restrictions described in the truly excellent November 30, 2020 FOIA response.”

The answer two days ago:

“You have requested records relating to 2021 legislative or budgetary relief received by VDH for the staffing shortfalls, budget shortfalls and/or the inspection restrictions previously described in VDH’s November 30, 2020 response to you. VDH has no records responsive to your request. The records do not exist because they were never created or received by VDH.”

I like the choice of words. The administration and the 2021 General Assembly session ignored the problem. Even bills considered in the General Assembly to increase Medicaid funding for nursing homes failed to address the existing issues with OLC inspection capabilities.

And the Health Commissioner still has his job.

Never ones to let a crisis go to waste, the nursing home industry has a few suggestions.

In a white paper drafted to support proposed legislation, the industry complains it is being picked on by the federal inspections of the type conducted in Virginia by OLC.

“The purpose behind government oversight of nursing homes is to ensure the safety and wellbeing of our residents, and nursing home providers share in that purpose. However, the current survey and enforcement system treats nursing homes like they are all bad actors, and as a result, the system has been shown to be inconsistent and ineffective.”

So misunderstood. They propose “to improve the oversight and enforcement process for better resident care” by weakening it and reforming “the punitive nature of the process” and “excessive fines.” They point out that this approach would be “budget neutral” for the government. Good to know.

What are not budget neutral to the government are the industry’s other requests.

“Real, long-lasting transformation that will truly protect our residents requires a considerable investment in the LTC profession. Long term care providers stand ready to make meaningful change that can help our residents, our staff and our country. But it won’t be possible without a commitment from policymakers to provide the necessary and consistent financial support for our elderly residents.”

They offer a handy four part “investment strategy” for government dollars “for our elderly residents”:

No word on funding for staffing of state inspection agencies.

As I wrote earlier, I can support some of the increased funding if it is carefully  targeted and the effects assessed. But these people make it impossible to like them.

Why would our elected officials ever support weakening inspections designed to protect us? Other than the political power and campaign contributions of the healthcare facilities industry.

Net of all of this, if the purposeful government suppression of healthcare facility inspections in Virginia is not a scandal, the word has no meaning.

The healthcare facilities lobbyists themselves are the enemy of Virginians on this, and our elected officials must step up and defy them.