The Mental Mismatches of Modern Society 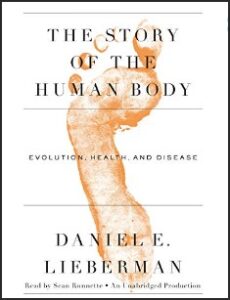 In his book, The Story of the Human Body, Daniel E. Lieberman, chair of the department of human evolutionary biology at Harvard, recounts how the human body evolved over six million years from its rain forest-dwelling ancestors in adaptation to changing evolutionary pressures like climate change, and then explores how human bodies are maladapted for contemporary life. Modern man has seen the rise of numerous chronic diseases that once were thought to be the inevitable result of aging but increasingly are regarded as the product of post-industrial lifestyles from insufficient exercise and excess consumption of carbohydrates (heart disease and diabetes) to the wearing of socks and shoes (fungal infections and plantar fasciitis) and squinting for endless hours at books and computer screens (myopia).

In the few hunter-gatherer societies remaining on the planet, Lieberman contends, once people have made it through the gauntlet of early childhood, they routinely reach their 70s, and do so without the scourges of obesity, hypertension, diabetes, and other afflictions of modern society. Our medical establishment, he suggests, treats symptoms. We must turn our attention to underlying causes.

I find Lieberman’s case highly persuasive. But, then, I’ve always been fascinated by human evolution, and I’ve always believed that the emotional substrate of human behavior has been heavily influenced by our Stone Age, hunter-gatherer ancestry. If I could wish one thing of Lieberman, it would be for him to entitle his next book The Story of the Human Mind, and devote it to showing how contemporary lifestyles are maladapted to our psyches, which evolved to maximize evolutionary fitness in bands of hunter-gatherers.

Humans are among the most intensely social of animal species. Many species live socially in herds, flocks, schools, and pods. Some species, especially primates, are characterized by systems of hierarchy in which dominant individuals enjoy preferential access to food and sexual partners. Such patterns can be seen in all human societies, even those with the most simple and egalitarian social structures. But humans also have developed an unparalleled capacity for cooperation and altruism. Our proclivities for greed and self-aggrandizement are balanced by proclivities for compassion and self-sacrifice. Humans truly have the most complex psyches in the animal kingdom.

As a social species, we are emotionally wired to crave social interaction. Humans could not survive long as “lone wolves.” We depended upon the group to protect against predators, to cooperate in hunting, and to guard against the incursions of other bands of humans. The emotional pain of loneliness is deeply rooted in our psyches. The need to “belong” is intense. In the early stages of cultural evolution, the group was usually defined as a kinship group or closely allied kinship groups within the band. As human societies grew more complex, the group came to be defined as tribes, chieftainships, kingships, religious sects, nationalities, economic classes, and other affiliations in infinite variety. As human societies became urbanized, more complex, and more subject to flux, many individuals fell between the cracks. They became lonely and alienated. They developed emotional disorders — anxiety and depression foremost among them — rarely seen in simpler societies.

The afflictions of alienation and disconnectedness have intensified in industrial and post-industrial society. In the 1950s, the term “alienation” was quite the buzzword; an entire body of literature rose up around it. Now, arguably, the rise of social media has kicked alienation into overdrive. Digital relationships don’t deliver the same emotional impact as flesh-and-blood relationships. I would also suggest the controversial proposition that the rise of ideologies in which sexual orientation and gender are up for grabs has created even more emotional angst. Whatever the reason, unparalleled numbers of young people today suffer from anxiety, depression, and self-destructive tendencies.

To bring this discussion back to Lieberman’s book, I would suggest that our hunter-gatherer psyches are mismatched with our modern lifestyles. Loneliness, disconnection, and alienation are as much a scourge of modern life as obesity, hypertension and diabetes. We are no more effective at treating the underlying causes of our mental illnesses than we are at treating our physical illnesses. At least we understand the causes of our physical illnesses, even if we seem ineffectual at addressing them. We don’t even fully understand the roots of our mental illnesses.

The primary causes of the mismatch between hunter-gatherer psyches and modern society are not Republican or Democratic in origin. But I do think some things make the mismatch worse and some make them better. I am utterly convinced that the breakdown of stable family structures is an aggravating factor. I speculate that the unprecedented flux in sexual, gender, and other identities is another.

I have no idea what the solution is, or if a solution is even possible. But, as with all things, we must start by understanding the nature of the problem. If we can’t agree on that, there is no hope of finding a fix.

This entry was posted in Mental illness and substance abuse and tagged James A. Bacon, Social breakdown. Bookmark the permalink.