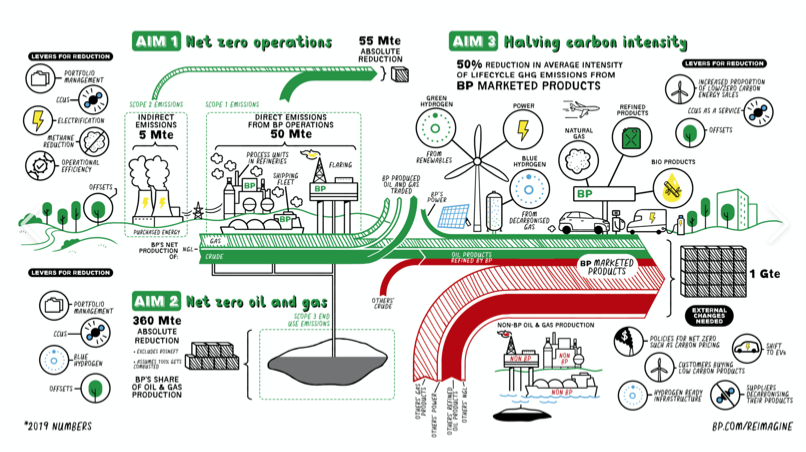 It’s simple. Let’s write a bill and put a date certain on it.  What could go wrong? Courtesy BP

Here at Bacon’s Rebellion we spend a lot of ink talking about Virginia energy demand and supply. We debate the ideas of both sides of the discussion. Turns out that we made the mistake of thinking these were state issues.

Democrats in Congress are about to intervene in every part of that discussion in a reconciliation bill to be passed with 50 votes in the Senate.

First, consider the inside joke of the title of an act to be buried in the reconciliation bill: “The Inflation Reduction Act of 2022.”

The only thing that matters: Joe Manchin has agreed to it.

Senator Manchin said, apparently without choking, about this bill that:

Over the last year, leaders in Washington have ignored repeated warnings about the severe threat of inflation and the consequences of unprecedented domestic spending.

We must be honest about the economic reality America now faces if we want to avoid fanning the flames of inflation.

America cannot spend its way out of debt or out of inflation.

Rather than risking more inflation with trillions in new spending, this bill will cut the inflation taxes Americans are paying, lower the cost of health insurance and prescription drugs, and ensure our country invests in the energy security and climate change solutions we need to remain a global superpower through innovation rather than elimination. Whether it is the threats to our energy security, high inflation, exploding national debt, persistent income inequality, supply chain chaos or the emergence of a new Cold War, it is time to put away the partisan swords and advance legislation that is in the best interests of the future of this nation and the American people we all represent – not just one party.

This legislation ensures that the market will take the lead, rather than aspirational political agendas or unrealistic goals, in the energy transition that has been ongoing in our country. (emphasis added)

It is past time for America to begin paying down our $30 trillion national debt and get serious about the record inflation that is crushing the wages of American workers.
In practical terms, the Inflation Reduction Act of 2022 would dedicate hundreds of billions of dollars to deficit reduction by adopting a tax policy that protects small businesses and working-class Americans while ensuring that large corporations and the ultra-wealthy pay their fair share in taxes.

Really.  He actually said “the market will take the lead.” Someone on his staff should read these things before they release them.

Instead, Congress with this bill will pick instant economic winners and losers without waiting for the market to arrive at the solutions it seeks. It will throw money at everything simultaneously with absolutely no controls to determine if it produces the desired outcomes. Intentions are all that count.

No word on how the economy will absorb all of this new money without the waste and corruption that inevitably accompany such spending explosions. The tax increases, primarily a federal corporate minimum tax of 15% on companies “worth” more than a billion dollars, will be widely popular.  I assume the term “worth” refers to enterprise value: Enterprise Value = (Market Value of Company + Total Debts) – (Cash+ Cash Equivalents).   I am sure it polls well. How that plays out in practice is unknown — by anyone.

How will the vast new taxes, expected to raise $739 billion in tax revenue, affect employment, for example, or capital investment to create efficiencies and better products? How will it affect

Democrats in Congress do not know, and may not care, but I expect many of them hope for the best. But hope, of course, is not a strategy. This crowd says it expects to turn the energy economy on a dime with only good outcomes.

So, it will raise spending into inflation and raise taxes into a recession.

This entry was posted in Energy, Federal and tagged James Sherlock. Bookmark the permalink.