The History Standards: A Correction, An Apology, and Some Comments 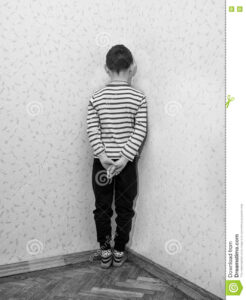 In an earlier post dealing with the proposed Standards of Learning in History and Social Studies, I complained that I could not find a copy of the earlier draft on the Department of Education website and suggested that it had been purged.

I was mistaken. The draft is available on the website. I apologize for my  oversight and for my erroneous suggestion that DOE was trying to hide something.

I thank Charles Pyle, Director of Communications and Constituent Services for DOE, for letting me know of my mistake. (At least, we know that he follows BR!)

For anyone wishing to compare the two versions, here is the draft prepared during the Northam administration.

And here is the link to the revised proposed Standards that will be first considered by the Board of Education at its meeting tomorrow.

The format of the revised proposal is significantly changed from the proposal presented to the Board in August  The earlier proposal was a 400-page document that showed old language that was being stricken, as well as new language. It also included suggested instructional detail. The revised proposal is much shorter (a little over 50 pages) and is arranged completely differently.

A lot of staff work was needed to revise the Standards in such a significant manner in a relatively short period of time. Occasionally, there are references on this blog to a “deep state” that will resist the Youngkin administration and try to undermine it. In other words, a bunch of progressive bureaucrats who will do what they can to stymie changes sought by the Youngkin administration. In this vein, I want to point out that the director of the Office of Humanities and the History and Social Science Coordinator are career state employees who headed up the staff work that produced both documents. Their job, which they carried out professionally, was to help implement the policies espoused by the political appointees overseeing the agency. No deep state here.

This entry was posted in Correction, Education (K-12) and tagged Dick Hall-Sizemore. Bookmark the permalink.