The Ballad Merger V: the Pandemic 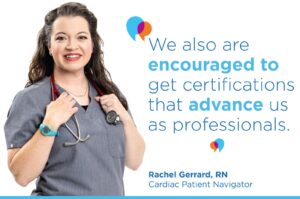 The nursing shortage was a top issue for Ballad Health from the moment the health system was created in 2018 from a merger of Mountain States Health Alliance and Wellmont Health System. The new health system, which served far Southwest Virginia and neighboring parts of Tennessee, laid out a plan in its first annual report to tackle the burgeoning workforce crisis that was afflicting much of rural and small-town America.

These measures were clearly stop-gap. First, while the $10 million annual increase to nursing wages might have helped retain nurses, it did nothing to train or recruit new nurses. Second, educating 52 new nurses (only 34 in Virginia) over two years was a positive but only a fraction of the number needed— even assuming they all wound up working for Ballad.

Dennis Barry, in his first report as Merger Monitor to the Southwest Virginia Health Authority board wrote:

While Ballad is taking steps to recruit and retain more nurses, the nursing and allied health shortage will not be alleviated in the short-term and is likely to continue to affect Ballad and its patients for at least the near to mid-term future.

Another strategy in the pre-COVID era tackled the nursing shortage from the demand side — reducing the number of hospital admissions. In a press release, the company stated, “Ballad Health worked with physicians and payers to reduce the number of low-acuity hospital admissions by more than 5,000. By avoiding these admissions, Ballad Health has been successful in reducing demand for nurses.”

Ballad’s initiatives were heading in the right direction, but they didn’t suffice when the pandemic hit. Official documents have withheld details of the magnitude of the resulting crisis, but news reports indicated that Ballad needed 350 more nurses in November 2020.

Although Ballad reported the data, neither Virginia nor Tennessee regulators would release it because they had agreed that Ballad could determine what would be kept confidential. “Attachment 12, Recruitment and Retention of Nurses,” was marked “Confidential” in Ballad Health’s Annual Report for Fiscal 2020, as was its salary equalization plan, employee engagement survey, staffing ratio, recruitment and retention of physicians and advanced practice providers.

Here is what we do know from Ballad’s Fourth Quarter 2020 Report:

On March 25, 2020, Ballad executives notified the Health Commissioners of Tennessee and Virginia that they considered the pandemic a force majeure event and a resulting Material Adverse Event. They followed on April 3, with a request for suspension of the regulatory terms imposed as a condition of the 2018 merger for the duration of the emergency and a reasonable period to recover thereafter.

On March 31, the Tennessee Department of Health and Tennessee Attorney General’s Office temporarily suspended certain provisions of the COPA in order to allow Ballad to fully focus its staff and resources on responding to the COVID-19 pandemic. (A complete list of the suspended provisions can be found here.)

The TDH Commissioner of Health and the Tennessee Attorney General “stressed that this suspension is only temporary and does not in any way affect Ballad’s commitments and obligations under the COPA, including its overall monetary commitments.”

On April 23, Virginia’s response came in a letter (see pages 25 of 28) in which Virginia Department of Health Director Dr. Norman Oliver likewise suspended some terms of the Virginia Cooperative Agreement Conditions. They appear to mirror the Tennessee suspended terms. However, he said, “The total spending commitment required by each of these conditions is not amended and shall not be reduced.”

Response to the Pandemic. By 2019, Ballad had combined the medical/surgical and ICU units from Mountain View Hospital with Lonesome Pine’s. When the pandemic hit in 2020, Ballad designated Lonesome Pine as the Wise County COVID-19 treatment and quarantine facility. Lonesome Pine has 60 beds and 18 emergency beds. The emergency room stayed open, but all non-COVID-19 acute care, surgical, and obstetric cases were sent 11.5 miles to Norton Community Hospital. If a case was more serious than could be served locally, the patient had to be treated at Holston Valley, Bristol Regional, or Johnson City Medical Center – all in Tennessee and 46 to 69 miles away.

Ballad did not publicize if there were other COVID-19 treatment and quarantine facilities in Virginia.

In June, 2020, Ballad created a public-service campaign for rural hospitals and health systems to download at no charge. The campaign, ”Staying Safe While Staying Healthy and Well,” outlined safety measures taken by healthcare facilities.

Ballad set up a COVID SCORECARD to report on system-wide cases, hospitalizations and deaths to date and for the previous seven days. On April 7, 2021, Roanoke.com reported on the positivity rate: “In Virginia, the Cumberland Plateau Health District counties were at 6.1%, LENOWISCO was 6.4%, and the Mount Rogers Health District was at 11.4%, among the highest in the state. Virginia’s statewide average was 6.4%.” The Ballad Scorecard showed 13.9% positivity system-wide due to higher numbers in Tennessee.

Reporting and Plans. Full reporting is one of the COPA and Cooperative Agreement Conditions suspended until the Emergency Declarations for COVID end. It will be some time before it’s possible to see the full financial impacts of lower revenue due to the restrictions on elective and non-emergency procedures and the added costs stemming from the pandemic. Likewise, the reporting of quality measures has been interrupted.

Until the governors of Virginia and Tennessee end the state of emergency, the promised regional plans to improve population health, children’s health and rural health access are on hold. New three-year plans and funding schedules were due April 1, 2021, and Tennessee gave an extension until April 1, 2022 on all plans. Virginia extended all plans for a year.

Ballad’s financial position improved because Medicaid expansion in Virginia is covering more patients, and, so the company wants a reduction in the amount of charity care it agreed to provide. The New York Times reported in December 2019, shortly before the pandemic struck Virginia, Ballad had filed “more than 6,700 medical debt lawsuits against patients last year.” The Tennessean reported in June 2019 that “Ballad attributed increased collection activities to a national trend in high-deductible plans that have had a particularly hard impact on rural areas.”

With all the off-site services that were moved to more expensive in-hospital settings, will Ballad be filing even more lawsuits? Or will it follow the lead of the University of Virginia and forgive some of those debts?

The repurposing and consolidations should make for a stronger operation, but one of the  unanswerable questions is whether telemedicine can replace family doctors and behavioral health in-person visits and still improve health outcomes. It’s too early to tell if Southwest Virginia is on the verge of a new and better paradigm for healthcare or if the changes will bring about a disaster in a region already besieged with health and life problems.

Virginians will have to wait 90 days to a year after the pandemic ends to see what the reports and plans say, and only then might they be able to decide whether the leap of faith that launched the Ballad Health merger was justified.

This entry was posted in Health Care and tagged Carol J. Bova, The Ballad Merger. Bookmark the permalink.