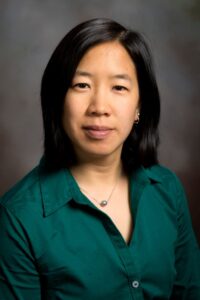 Wired has chronicled a one-year struggle by a Virginia Tech teacher and researcher, working mainly with other non-physicians, to convince the Centers for Disease Control and World Health Organization they were dead wrong on COVID. The kind of dead wrong that made more people dead.

The battle was quietly won when on April 30 of this year the WHO changed its published stance and admitted that the virus causing COVID-19 was readily spreading airborne far beyond the three or six foot social distancing guidance. A few days later the CDC also changed its public stance, creating a minor media ripple rather than the wave it deserved.

One of those we can thank is Linsey Marr, the Charles P. Lunsford Professor in Virginia Tech’s department of civil and environmental engineering. Megan Molteni’s article, “The 60-year-old Scientific Screw-Up that Helped COVID Kill,” opens with Marr participating in an April 2020 virtual conference with COVID science poohbahs around the world.  They uniformly blew off what they heard from Marr and other experts on aerosols. WHO had stated as fact that the SARS-2 bug was not spreading aerosol.

Follow the science is bad advice unless the science is real. The determination that COVID was spreading only on larger droplets that fell quickly to ground was dead wrong, a wild-ass guess based on a misreading of forgotten research. The article goes into deep detail about how the mistake was made, the assumptions behind it, and the evidence already published from decades ago that eventually disproved it.

For those who used doubt of the CDC and WHO to dispute the mask requirements, well, a fuller understanding of the aerosol spread might have strengthened those requirements. It certainly would have created a greater emphasis on indoor ventilation and air disinfection as primary mitigations. And while the WHO and CDC continued to downplay aerosol spread, others such as the airlines acted on the possibility anyway.

The article mentions Marr convincing her gym operator in Blacksburg to add HEPA filtration. Somebody she worked with at the University of Hong Kong persuaded that school to spend its resources on ventilation, not mass testing.

The article demonstrates that science is a messy process, conducted by humans with all their inherent weaknesses. In the face of rejection, Marr kept pushing and digging and eventually enlisted graduate student Katie Randall to search the history of the assumptions being used by WHO and CDC. Basically, the assumption was that any viral pathogen larger than 5 microns could not go airborne.

Marr had challenged that assumption before the COVID outbreak only to have difficulty getting her research published. She is one of very few experts on air and aerosols who looked at infectious diseases rather than air pollution. Her department webpage at Tech outlines other findings and publications, including an NPR report on the disinfectant powers of simple sunlight even indoors that quotes her.

Randall traced the 5-micron assumption back to research on tuberculosis, but the coronavirus is different than tuberculosis. She also found 1930s research and a 1955 book from Harvard engineer William Firth Wells. A lifetime ago he had proven particles as large as 100 microns could go airborne, travel far and remain there for some luckless soul to breathe in. Wells’ work was dismissed by, irony of ironies, the CDC of his day. Writes Molteni:

Part of medical rhetoric is understanding why certain ideas take hold and others don’t. So as spring turned to summer, Randall started to investigate how Wells’ contemporaries perceived him. That’s how she found the writings of Alexander Langmuir, the influential chief epidemiologist of the newly established CDC. Like his peers, Langmuir had been brought up in the Gospel of Personal Cleanliness, an obsession that made handwashing the bedrock of US public health policy. He seemed to view Wells’ ideas about airborne transmission as retrograde, seeing in them a slide back toward an ancient, irrational terror of bad air — the “miasma theory” that had prevailed for centuries. Langmuir dismissed them as little more than “interesting theoretical points.”

The article also notes in passing that as challenging as the past year has been, the world has been lucky. COVID is a pussycat compared to pandemics that have come before and those that could easily come after. The lessons should apply to our annual bouts with influenza, with mounting evidence it spreads as an aerosol. And replace the mantra “follow the science” with “listen to those who challenge it with good reason.”