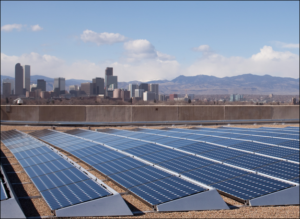 You will never find a better example of blatant question bias in a poll:

“Do you agree or disagree that solar farms are better than other types of development because they do not pollute the environment and help lower the cost of electricity for homes and businesses?”

They “do not pollute” and “help lower the cost for electricity.”  With a tilt like that in the question, the amazing thing is that only 56% of a sample of Virginia voters said sure, I agree, and a full 20% still disagreed, the rest unsure.

There are other examples of biased question design in the poll, released a couple of days ago by a solar industry front group with the convenient and laughable name of “Conservatives for Clean Energy.” Sure, a bunch of conservatives looked up from the latest Tucker Carlson rant, passed on another discussion of the stolen election, and decided instead to pool their money on a poll focused on:

No, this is an industry backed operation, definitely tied to solar developers but the fine hand of a utility might be discerned, as well. Only somebody totally in bed with the solar industry or less than honest would accept this at face value as coming from disinterested “conservatives.”

Which of course would explain why Virginia Mercury bought this hook, line and obvious agenda with a story published earlier today. No questions in that story about who is really paying and certainly no eyebrows raised by biased questions. So we raise those here.

There is no reason to doubt that the poll of 762 likely voters was done properly, and the results obtained are fairly reported. You simply must pay attention to the questions as asked and not asked or to the “helpful” added information included and “unhelpful” facts excluded.

The Virginia Clean Economy Act called the “VCEA” passed last year requires utilities to transition to 100 percent clean energy by 2050, cut emissions from polluting power plants, and retire those plants over time. It also requires utilities to offer more energy efficiency programs, to help customers reduce their energy bills. After hearing this, do you support or oppose the VCEA?

Anything missing from that? Do you see any reference to the detailed customer cost projections already produced by the State Corporation Commission? To the new electricity tax being imposed on all customers to selectively lower the bills of a favored few? To the other new electricity tax to pay for carbon allowances, showing up on Dominion bills next month?

Again, with the added push of “reduce their energy bills” being the last phrase of the question, still only 62% of respondents said they supported it. Use instead: “…which will add 50 percent to the cost of your electricity over ten years” in the question and the results would flip, and most respondents would have been opposed.

Here is another way it’s done: The poll includes a series of three “questions” about how solar developments “pose no danger to people, livestock and agriculture crops or adjacent homes,” and “allow farmers to receive supplementary income to keep farms alive,” followed by “generate millions of dollars in tax revenue for schools.”

If was only after the build-up of those (you have to admit) one-sided arguments that the real questions about attitudes toward solar are asked, such as the one at the opening of this post. The three positive claims as precursors put a huge thumb on the scale. Cooking The Poll 101.

The poll also asked people about personal experiences with solar in their county or neighborhood, and 225 indicated they had been affected, most (14%) positively but many (8%) negatively. That is probably a more accurate test of public attitudes and shows them far more closely balanced.

Finally, the poll tested the gubernatorial election, reporting a soft 45% to 40% edge for Democrat Terry McAuliffe over Republican Glenn Youngkin. While the samples sizes shrink on some of the subgroups, it showed McAuliffe’s lead is mainly based on the opinions of women and suburban voters, perhaps one and the same. In those categories the Democrat has double-digit leads, but there is time for those to change.

So what do we really learn from this poll?

The solar industry and others who are going to get rich off the VCEA renewable energy boom are very worried about this becoming an election issue before November 2. The real purpose of this poll is to discourage anybody from going there, to create an impression opinions are set, that real conservatives are all in.

Opinions are not set. Voters still know very little about this. A simple early question about VCEA revealed only 27% of respondents knew about it. That must include some percentage who know and dislike it.

They cannot sell this with honesty and open debate.

The poll also tested, but just as importantly shows off, various messages that proponents of the VCEA, especially the massive solar component, will want to use to either sell it, or defend their votes for it. The slideshow includes detailed crosstabs on the pro and con arguments, the kind of crosstabs political professionals use in message targeting (again, with small samples on those).