Should Virginia Rebuff the HUF? 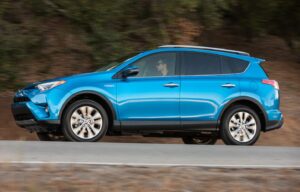 There’s a new Virginia tax called a HUF — for Highway Use Fee.

If you renew your Virginia vehicle registration, and your car exceeds a 25 miles-per-gallon EPA rating, you will be politely advised that you are underpaying pump taxes, and to be fair, you will be assessed an extra fee. In my case, I owed an extra $35 taxes because my new RAV4 Hybrid gets 40 MPG.

Because my wife and I do not put on many miles in retirement, and with COVID, that means I probably now pay a little more combined Virginia pump tax with my RAV4 Hybrid than I would with a non-hybrid RAV4. Not to mention significantly more annual car tax to Fairfax County.

I have mixed emotions. I am pleased that we are not singling out hybrids for punishment like many Red states are doing. In Virginia’s case, apparently, anyone with a car over 25 MPG owes a new fee out of “fairness.” (Fairness to who — the conservatives?)

I have discussed a system just  like this on Bacon’s Rebellion many times. I did not say it was better, I said it was not prejudiced as long as hybrids are not selectively punished. I was aware, some years ago, that New Hampshire had proposed such system, but the last I heard N.H. was not able to get it passed.

The use fee doesn’t cut any slack for electric vehicles. So, could Virginia be the only state with a de facto Miles Driven tax?

Here is a shortened version of the text when you renew your registration on-line.

Electric vehicles are required to pay a fixed highway use fee, which is currently $88.20, to reflect the amount in fuels taxes electric vehicles will not pay during a single year due to not purchasing motor fuel.

This entry was posted in Taxes, Transportation and tagged Bill Tracy. Bookmark the permalink.