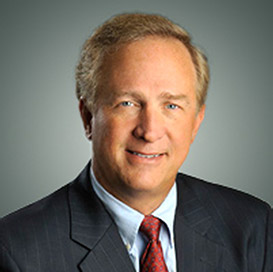 Sentara CEO Howard Kern is well paid. We will compare his compensation to those of the highest paid non-profit CEOs in the nation and to the CEO of the largest for-profit healthcare system in the country. Turns out he is extremely well paid.

We should all have his agent.

Many are unlikely to have thought about it, but non-profits have no stockholders and their boards officially work for the public. As citizens, we may wish for a better board at Sentara, but there is no mechanism for removing them except by government action.

That is worthy of consideration by the government of Virginia.

Nonprofit CEO compensation comparisons. I examined a survey that listed the ten highest paid nonprofit CEOs of 2019.  Seven of those ten were healthcare CEO’s. The compensation packages of those seven ranged between almost $26 million and $8.3 million.

Mr. Kern’s compensation package was reported as $8,053,745 on Sentara Healthcare’s IRS Form 990. But Mr. Kern’s 2019 compensation did not really miss the cut overall.If they had known the numbers when it was conducted, that survey team would have listed him as the tenth highest paid non-profit executive in America.

I then compared Mr. Kern’s compensation to that of the largest for-profit hospital corporation in the United States, HCA. I used data from a February 21 article in Becker’s Hospital Review.

HCA’s CEO runs an organization that is roughly 15 times the size of Sentara. In 2019 his compensation was roughly four times as much as Mr. Kern’s.

HCA was considered to overpay its CEO by Becker’s, which offered opinions only on for-profit company executives in that article. If he was considered overpaid, tax-exempt Sentara’s Mr. Kern’s compensation at least requires explanation.

The IRS and the Commonwealth, with authority and responsibility to ask that question, apparently never do.

While large non-profit companies of every kind need to pay up to get a good CEO to run their businesses, that biggest 501c not-for-profit corporations appear to be free of accountability for the way they run their organizations in general and, except for new excise taxes, the compensation of their executives in particular.

HCA. Becker’s Hospital Review, as is its want on occasion, took the opportunity in late February to list “21 ‘overpaid’ healthcare CEOs.” From that list:

Now, HCA is a private company, and the board should pay the CEO whatever the board thinks he or she is worth. The HCA board is more than up to the task of figuring out how much that should be.

What a board pays the CEO is none of anyone’s business but the stockholders, who are represented by the board. But Becker’s thought Mr. Hazen’s compensation excessive.

As of 2019, HCA operated 185 hospitals and approximately 1,800 sites of care, including surgery centers, freestanding ERs, urgent care centers, and physician clinics located in 21 U.S. states and in the United Kingdom.

Sentara. I took the opportunity with that reference point to see how our local “public charity” healthcare monopoly, Sentara Healthcare, matched up in CEO compensation.

Sentara Healthcare is a self-declared (with the IRS and the Commonwealth) tax exempt not-for-profit public charity healthcare organization serving Virginia and northeastern North Carolina. It is based in Norfolk and offers services in 12 acute care hospitals, 10 nursing centers, and three assisted living facilities across the two states. Sentara operates more than 100 sites of care across Virginia and North Carolina.

Sentara’s Board is made up of persons who I am sure are conscientious Virginians, but its members simply don’t begin to have the qualifications of the HCA board. They themselves are paid only per diem. They pay a compensation consultant for two reasons: to help them understand what they should pay their executives and shield them from IRS liability for overpaying them.

The IRS has an opinion on that topic:

“The Department of the Treasury and the IRS published a final rule on Jan. 19 to help tax-exempt not-for-profit organizations comply with the excise tax on pay considered to be excessive under Section 4960 of the Internal Revenue Code (IRC).

The tax is levied on tax-exempt organizations that pay over $1 million to any “covered employee,” meaning the five highest-paid employees at the organization, often the CEO and other C-suite executives. The $1 million figure includes pay from the applicable tax-exempt employer (ATEO) and any related organizations, as defined under tax law. The amount of the excise tax, which took effect in 2018, mirrors the corporate tax rate, which is currently 21 percent.”

Howard Kern is among nine Sentara employees whose compensation exceeded $1 million in 2019. The IRS and Virginia tax authorities need to show evidence that they are doing its job in oversight of non-profits beyond just the IRS accepting those new excise taxes. (Virginia and local governments don’t tax Sentara except for the so-called “tax” paid to the state to get higher Medicaid rates and Medicaid expansion. That was a pure business transaction by the hospitals.)

Sentara gives every evidence of needing a more capable board in addition to a better compensation consultant.

Postscript: The Boards of HCA and Sentara. For the record, HCA, a for-profit company, has a Board of Directors with the following qualifications:

It is reasonable to assume that they know what they are doing. Hard to imagine that they have trouble understanding appropriate compensation for the CEO.

Sentara’s board is considerably less distinguished. It needs an upgrade.

This entry was posted in Government Oversight, Health Care and tagged James Sherlock. Bookmark the permalink.