Yet some politicians want to make Virginia more like the District of Columbia. A bipartisan bill would give Virginia a more extreme version of one of Washington D.C.’s most controversial pro-crime policies: “second look” legislation. A second-look law lets judges cut sentences for criminals, or release them, after they have served 10 or 15 years — no matter how serious the crime they committed. Even if a criminal has been sentenced to life in prison for murdering several people, he can be let out after 10 or 15 years if he files a petition seeking release, and convinces the judge that he has been rehabilitated.

D.C.’s law was viewed as so extreme when it was passed that it was criticized even by the liberal Washington Post. “A bill to reduce sentences for violent D.C. felons goes too far,” said the Post’s editorial board in December 2019; “the measure would embrace a radical rejection of transparency in sentencing and straight dealings with victims.” The Post supports a lenient approach to sentencing, but even it viewed D.C.’s law as being too soft on crime and callous toward victims. 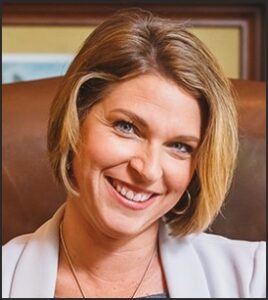 Yet the Virginia bill, a more radical version of D.C.’s law, was introduced last week in Virginia’s House of Delegates as HB 906, and in its Senate as SB 378.

Virginia’s Fairfax County is demographically similar to Maryland’s Montgomery County, Md, and the two counties had a similar crime rate in the 1970s. But Fairfax County ended up with a violent crime rate less than half Montgomery County’s, even though the two counties are right next to each other. Experts attribute this to Virginia’s tougher sentences and its abolishing parole for violent felons.

Studies indicate that longer periods of incarceration deter many crimes from being committed, both by people who have never committed a crime before, and by potential repeat offenders. For example, a National Bureau of Economic Research study found that longer sentences for repeat offenders in California deterred people outside of prison from committing murder, robbery, and rape.

Even for offenders who committed their crimes below age 25, reducing their sentence is a bad idea. Releasing even young killers can have a big impact on violent crime. Murder rates peak in offenders’ late teens and early 20s. About four in ten killers commit their crime before age 25. Once released, young killers often commit more violent crimes, including more murders.

So, while this bill may pass the Democratic-controlled Virginia Senate, it is less likely to pass the Republican-controlled House of Delegates. And even if it passes the legislature, Republican Governor Glenn Youngkin might veto it. But it is still conceivable that it will become law.