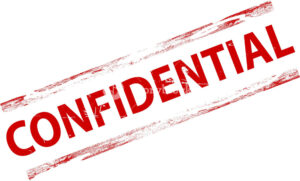 Appalachian Power Company has asked the State Corporation Commission to schedule a separate hearing on Attorney General Jason Miyares’ motion to break the seal on exhibits in its application for new renewable energy sources.

Miyares’ April 6 motion was first reported by Bacon’s Rebellion, in a story on Appalachian’s pending application for approval of the projects and of its overall plan for complying with the Virginia Clean Economy Act (VCEA). Appalachian’s response motion was filed April 13, claiming irreparable harm to its stockholders if the actual line-by-line project cost projections were revealed to its customers.

Although some of these discrete items may appear innocuous on their own, collectively they would enable a savvy party to discern the price paid for the facility, which is competitively sensitive.

What do they say in swanky restaurants? If you have to ask the price, you cannot afford it. Revelations could be politically sensitive, as well, given the partisan divide on the VCEA itself.

Appalachian wants to sever this question from the underlying application and hold a hearing just on the confidentiality issue. The general hearings on the case itself are scheduled to begin next week and should not be delayed, it argues. Frankly, opening the information later would be fine, and besides, this is also a proxy for another fight.

While no similar motion is pending in Dominion’s application for its offshore wind proposal, the secrecy surrounding its data raises exactly the same issues. So on April 13 its lawyers also filed a response to Miyares in the Appalachian case, and it likely would participate if such a hearing is called.

In the case of the Dominion project, the company’s estimate of the levelized cost of energy (LCOE) could actually determine the authority of the Commission to reject it. What inputs, estimates and assumptions it included or excluded in LCOE are all crucial, and at this point are all confidential. LCOE is about comparing various energy choices. In the Appalachian case, LCOE data on those projects are among the things Miyares wants unsealed, but it doesn’t carry the same legal weight as in the wind case.

Yet Dominion’s response to his motion never mentions LCOE specifically and focuses instead on bid data from outside vendors. No one has asked that the individual vendor bids be opened, just the project LCOE and risk assessment data. It was the General Assembly that made the LCOE figure so crucial in that case.

It its motion in this case, Appalachian complains:

Elsewhere it calls the data “competitively sensitive” or “proprietary.”

Publication of the Schedules will cause irreparable harm to not only Appalachian, but also developers and consumers across the Commonwealth.

Knowing the LCOE or other operating costs could reveal underlying bidding information that would cause future bidders to either not participate or to raise their prices, ending up costing customers more, Appalachian claims. Yet a more transparent procurement process seems to work the opposite way when governments (and these are government-blessed monopolies) buy just about any other goods or services.

There are twelve exhibit schedules listed as under dispute. The first is called “Project LCOE Summary.” One is called “Resource Recovery Percentage.” There is one “Economic Impact Study Summary.” The rest look at individual renewable installations and report cost of service, total capital cost, and operations and maintenance (O&M) costs. Each and every one of these costs are proposed to be passed along to its 500,000 Virginia customers (one million, if the West Virginia authorities agree.)

The sealed information is available to all the parties in the cases: the utilities, representatives of large customers, the environmental groups which intervene, and the Attorney General. But to see them each signs a binding non-disclosure agreement and violating that would jeopardize further work at the Commission.

Congratulations to Miyares, the new Republican AG, and his staff for taking on this effort. Perhaps an earlier petition came under his Democratic predecessor Mark Herring, who on Bacon’s Rebellion was asked to do so last year.

And a giant ongoing raspberry to Virginia legacy media operations. The Washington Post and Virginia Mercury seem to be house organs for the renewable energy industrial complex, and others are expending their resources trying to see who has tattled on teachers. The level of secrecy in these files at the SCC has not drawn their attention or concern, despite the billions of dollars they will cost Virginians (including their own families and their own business operations.)

If a hearing is set, someone should make sure they are aware and can come.