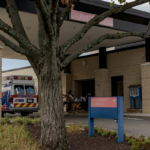 Sometimes my subscription to The New York Times pays off. This is one of those times.

The subtitle on the Times story is:

It is a blockbuster of a scandal, extremely well reported. I hope a Pulitzer awaits.

The Times, as is necessary in that paper, made it a racial issue. Bon Secours has for generations served the Black population of Hampton Roads nearly exclusively. It continues to do so and continues to lose money doing so.

That was not mentioned in the Times article. Nor in the editorial in the Richmond Free Press about the scandal.

But it doesn’t really matter. What happened in Richmond was wrong. This scandal is not the work of a properly led charity.

I have directly dealt with and reported on Bon Secours Hampton Roads for years. I will attempt to offer background on this mess for perspective both looking back and looking forward.

Short version. There is a federal program called 340B that allows hospitals serving poor communities to buy pharmaceuticals at a very low price and bill insurers for an un-discounted price. It is a roundabout way to fund such hospitals.

Bon Secours in Richmond exploited a loophole that suffers from a lack of oversight.

But the article alleges — and makes a strongly-researched and sourced case — that BS/MH:

That is, unfortunately, also legal. The federal government, upon which this story exploded, will have to close the loopholes or more closely oversee the program or both.

The exploitation of the federal program is not limited to that one hospital, or to Bon Secours Mercy Health. But this is the scandal uncovered.

That system has been historically by far the most charitable of the not-for-profit public charity hospital systems that dominate Virginia. It is not one of the state-created and state-protected monopolies that have resulted from COPN.

Its hospital system in Hampton Roads never expanded into the suburbs. It continues to get crushed by Sentara, the poster child for both the ravages of COPN and suburban expansion from an urban base.

Since 2018, changes have come quickly to the management of Bon Secours, nationally and in Virginia.

For the time I dealt with them directly, they had two regional management operations, one in Hampton Roads and the other in Richmond.

I dealt with the Hampton Roads management. I found they remained focused on the charitable mission while trying to survive financially.

That does not let the management of Bon Secours Richmond off the hook. What an interviewee in the NYT article calls a (legal) “money laundering” operation there goes back years.

To quote the Times article:

a spokeswoman for Bon Secours Mercy Health (BS/MH) said the hospital system had spent nearly $10 million on improvements to Richmond Community Hospital since 2013, including opening a pharmacy and renovating the cafeteria, emergency department and other areas. The chain also invested nearly $9 million since 2018 in the neighborhood surrounding the hospital, she said.

Just to put perspective on that, in 2019 alone the profits (reported by non-profits as revenue and gains in excess of expenses and losses) of Richmond Community Hospital exceeded $110 million.

BS/MH should not try to BS people who can look that up.

BS/MH Hampton Roads continues to fight Sentara to expand into the suburbs here.

The takeover. In 2018, Bon Secours Health System and Mercy Health of Ohio announced their intent to merge. That organization now serves communities across 7 states; 43 hospitals with more than 1,000 sites of care.

What was advertised as a merger appears now to have been a takeover of Bon Secours by Mercy Health. The combined organization is headquartered in Cincinnati. The current leadership of Bon Secours/Mercy Health (BS/MH) Hampton Roads is from Mercy.

In what I reported at the time as a demonstration of charity, BS/MH in 2020 bought failing hospitals in Petersburg, Emporia and Franklin from a for-profit system that was facing bankruptcy. The Petersburg hospital, Southside Regional Medical Center, lost more money every year than any hospital in Virginia.

The incumbent owner had them on the market for years but could not sell them.  BS/MH closed the deal in January of 2020.

Bottom line. It is now reasonable to be concerned that BS/MH may have bought the three troubled hospitals for reasons that are not limited to charity.

It is also reasonable that Richmond Community may not be the only hospital in Virginia used by a health system to gather profits for use other than in the poor communities they serve.

The Youngkin administration will have to investigate and perhaps seek  authority in law from the General Assembly to take action.

But the BS/MH hospitals in Southside acquired in 2020 are eligible for the same discounted pharmaceuticals as Richmond Community. On the other hand, each is located in Southside areas where there are no wealthy suburbs.

BS/MH will have to face what it has done in Richmond. The Catholic bishops who as a group ultimately control all Catholic hospitals in the U.S. will have to take action, and I expect them to do so.

The Youngkin administration will need to determine if there is other exploitation in Virginia as a whole and in Petersburg, Emporia and Franklin similar to that associated with Richmond Community Health.

It has a front row seat.

The Youngkin administration in its Petersburg initiative has BS/MH, which since 2020 owns Petersburg’s Southside Regional Medical Center, as a partner. Both the Health Commissioner and the head of the Department of Medical Assistance Services are personally involved in that initiative.

I expect BS/MH will lean in hard — hopefully very hard — to help now.

But this whole thing makes me very sad.

This entry was posted in Charity and philanthropy, Health Care, Leadership, Race and race relations and tagged James A. Bacon. Bookmark the permalink.