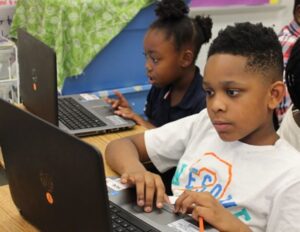 What on earth is going on in the City of Richmond public schools? According to Virginia Department of Education data published last week, the Richmond school system experienced a 25.0% enrollment drop in the current academic year (2021/22) compared to last year (2020/21).

Enrollment declines occurred in all racial/ethnic groups, among economically disadvantaged and not-disadvantaged alike, although the exodus from the public school system was most pronounced among Asians and Whites. Asian enrollment plummeted by 279 students, or almost 64%. White enrollment plunged commensurately, by 3,652 students, or 62%. Enrollment by Black students not classified as economically disadvantaged fell 23.4%. The racial/ethnic group holding most steady, with the smallest erosion in enrollment, was Hispanics.

Statewide, public school enrollment numbers showed no recovery from the terrible COVID-plagued year of 2019/20, but at least they held stable. Likewise, enrollment was little changed in neighboring counties, with the numbers up marginally in Chesterfield and down slightly in Henrico. Richmond stands out for the magnitude of enrollment losses.

Richmond school leadership seems curiously disconnected from the enrollment meltdown. I searched in vain in School Board agendas and presentations for any mention of the enrollment decline. Judging by media accounts, the main preoccupation of school officials is students’ catastrophic performance in the Virginia Growth Assessments (VGAs), which indicate that only 35% of students in grades 3 through 8 are on track to meet minimum standards for reading proficiency and 10% for math.

In theory, a collapse in enrollment would have a devastating impact on finances. About 44% of RPS revenue comes from the state, and is mostly based on enrollment counts — a Sept. 30 fall membership and a March 31 average daily membership. If the commonwealth slashed its state aid by 25%, in line with the enrollment decline, Richmond schools would lose $40 million out of its $360 million budget. Such a loss would be so disruptive that there must be an explanation, of which I am ignorant, as to why school officials are not panicking. Perhaps they are counting on federal COVID-relief dollars.

“Crisis” is too mild a word to describe what is happening. Taking the enrollment numbers and the VGA numbers together yields a picture of a school system in a runaway meltdown. While leaders have amplified talk about systemic racism and a commitment to social justice, the system is failing more spectacularly than ever in its core mission of educating students. When confronted with the stark reality that students are falling further and further behind academically, parents with the means to do so are yanking their kids out of the school system. The racial divide in educational achievement is getting worse — at an accelerating rate.

Anyone who cares about the fate of Richmond’s children should want to know why the school district is melting down. I have offered a variety of theories, along with predictions that things would get worse — as, in fact, they have.

I have discussed the steadily eroding disciplinary climate: the increasingly disorderly classes, lack of respect for teachers, and risk to personal safety.

I have highlighted how administrators have connived to lower academic standards to conceal the worsening disparity in educational performance, and how, in the false hope that kids would “catch up,” administrators have socially promoted them into grades where they are even less likely to succeed than in the grade they left.

I have belabored the counter-productive rhetoric of the social-justice movement that paints Whites as oppressors and Blacks as victims, which gives students the subliminal message that there is no point in trying to succeed when the deck is stacked against them.

I have alluded to the demoralizing conditions for teachers, who must cope with rudeness, classroom disruptions, the risk of violence, an increasing paperwork load, and social-justice consciousness raising.

RPS leadership is not entirely responsible for the failings. District leaders didn’t create the surge in violent crime, the rising homelessness and the fraying of the social fabric that make life challenging for so many students. They didn’t create the COVID epidemic, which proved disruptive to every school system in the country, and added stress that magnified all the other problems. They did, however, mandate vaccinations, which prompted a wave a resignations that aggravated the teacher shortage.

In closing, I’ll readily concede there is much I don’t know. There may be other reasons why Richmond schools are in meltdown mode. If so, we desperately need to know what they are. Can we assume that things are so bad, they couldn’t possibly get worse? I wouldn’t count on it. The descent to rock bottom could have a way to go.

Update: The numbers in this post are accurate, but they are missing critical context. As reader “RJordan” pointed out in the comments, Richmond enrollment numbers had surged the previous year, when fear of COVID-19 was at its peak, as hundreds of students from around the region signed up for the city’s virtual schools program. As school systems returned to in-person classes, the students dis-enrolled from Richmond and returned to their normal school districts.

However, flight from Richmond public schools is still a real thing — it’s just not as pronounced as I had portrayed it. John Butcher ran the numbers, broken down by racial/ethnic category, comparing 2019 and 2022 enrollments.

Some will be tempted to characterize this out-migration to “white flight.” But, as the numbers show, it’s also an “Asian flight.”

Black students are leaving Richmond schools in large numbers as well, although it does not appear to be a flight of the Black middle class. The enrollment decline among Blacks is comprised overwhelmingly of kids classified as “economically disadvantaged.” The number of those not so classified has barely budged. Just a theory: those numbers may reflect continued gentrification and displacement of poor Blacks from the city into neighboring jurisdictions as real estate prices soar across the region.