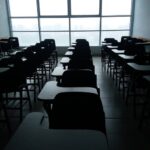 Is anyone looking out for the kids? Does the welfare of students ever enter into decisions made by school and government officials?

Not often. Definitely not in Richmond.

On Wednesday, with less than two weeks notice, Superintendent of Richmond Public Schools, Jason Kamras, announced that he was closing schools for the entire first week of November.

Why? To give teachers a mental health break.

They sat home for more than a year and two consecutive months of in-person teaching is wearing educators out?

Fearing that Richmond Public Schools employees are on the “brink of burning out — even leaving,” Superintendent Jason Kamras has announced that the school system will be closed the entire first week of November, including two days “in the interest” of employees’ mental health.

Richmond schools already were slated to be closed Tuesday, Nov. 2, for Election Day, as well as Thursday, Nov. 4, for the Diwali holiday, and no classes were scheduled Friday, Nov. 5, because of parent-teacher conferences. Now schools also will be closed Monday, Nov. 1, and Wednesday, Nov. 3, for mental health days.

“Over the last couple of weeks, I’ve heard directly from dozens of teachers, principals, and support staff about how stressful this year has been,” Kamras said in a letter to the RPS community released Wednesday night. “Many have shared that they’re on the brink of burning out — even leaving — and it’s only October.

At the risk of sounding insensitive, these teachers need to toughen up. If they’re already falling apart after just being back in class since September how will they make it till spring?

Clearly this superintendent doesn’t care about the mental health of working parents. They now have to scramble for childcare, something most parents arrange as soon as the school schedule is released in the summer.

And what about the kids?

They clearly weren’t much of a factor in this decision. The school chief mentioned that “Students are exhibiting significant trauma from the past 20 months,” yet it’s hard to see how closing the schools for an entire week helps with that.

Fact is, Richmond’s test scores are pitiful. No doubt Richmond kids, like many children who were out of school for over a year, suffer from obesity and depression due to the shutdowns. On top of that, too many American children live in dysfunctional homes and for some, their only decent meals come from school.

The last thing they need is a week off.

In August, the Times-Dispatch broke the shocking results of standardized testing in Virginia. It was bad in most places, abysmal in Richmond. This is what happens when your governor was the first in the nation to close schools for the remainder of the 2020 school year and then put so many restrictions on re-opening that many stayed shuttered well into 2021.

Richmond Public Schools, the only district that remained almost fully virtual all of last year, saw scores lag between 13% and 22% below state averages. (In April, 800 RPS students were allowed back into the classroom, including 300 elementary schoolers with high needs.)

The news was even more horrifying when it came to minority kids.

Richmond’s Black and Hispanic students scored below the district’s overall average on all three exams. Black students’ average pass rates were 36% for reading, 18% for mathematics and 30% for science. Hispanic students scored slightly better than Black students, with pass rates of 38% for reading, 23% for math and 35% for science.

Chew on that for a moment. Just 18% of black students in Richmond exhibit minimal competency in math. That is tragic. So are the other numbers.

Richmond students appear to be barely literate. Fewer than half of all of that city’s students are competent in reading or science.

This ought to be declared an academic emergency. These kids need to be in school every single day. The last thing they need is a week off, shortly before the holidays when education is disrupted again and again.

The cynic in me wonders what’s really going on.

Is it possible that the teachers’ unions that are in the tank for McAuliffe want their members knocking on doors for the Democrat the day before the election? The heck with the kids?

After all, McAuliffe’s taken $525,000 from the National Education Association and $425,000 from the more militant American Federation of Teachers. The AFT is led by Randi Weingarten who is campaigning for McAuliffe constantly on social media.

Oh, and according to VPAP, organized labor has already poured $10,295,005 into McAuliffe’s campaign.

Unions don’t care about kids. They care only about their members.

Remember, it was teachers unions that pushed to keep schools closed, urging school boards to move the goalposts every time teachers came close to returning to the classroom.

Sorry, after the events of the past 19 months I suspect something other than two-month teacher burnout is afoot in Richmond.

School administrators and union leaders are terrified of a Governor Glenn Youngkin, who’s promised to listen to parents about education.

In a close election, day-before-Election-Day foot soldiers might make a difference. And guess what, teachers have the day off!