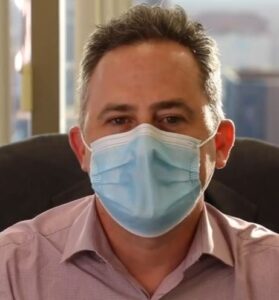 This space this morning published a great column by Kerry Dougherty about the City of Richmond Public Schools (RPS). She was as desperate for a solution as the rest of us.

I have found over the years that it is absolutely impossible to talk or embarrass the RPS into improving its schools. They simply don’t want to do it in any way that has a chance of working.

The system is run for the adults, not the children.

Administrators simply refuse to consider doing the things they could do immediately to improve their schools:

The current VDOE and RPS leadership will never change on either of those crucial policies because Richmond voters — and Richmond teachers — apparently do not want them to do so.

Follow the recent chronology of attendance enforcement in RPS.

The RPS board found out that the school system had not been enforcing the 2012 law on attendance. It suspended its attendance policy so that 1 in 3 seniors who would have lost course credit for chronic absenteeism could graduate.

Then this headline from RTD 20 months later later in February 2020, just ahead of COVID:

Water off a duck’s back to the RPS superintendent and board.

Virginia law lays out a very specific process on enforcement of attendance. The title of the law is self explanatory.

Every school board shall have power to appoint one or more attendance officers, who shall be charged with the enforcement of the provisions of this article.

You know, the very attendance officers fired by RPS.

Hard problem. Eliminating school resource officers is seen by RPS Superintendent Kamras as the place to start solving it.

But let’s ignore him. He has earned it.

Let’s look at a crucial step — removal of a disruptive student from class. Pretty much a sine qua non for maintaining a classroom in which learning can happen.

Code of Virginia § 22.1-276.2. Removal of students from classes is unchanged since 2001. It is very specific on what school boards must do:

B. Each school board shall establish, within the regulations governing student conduct required by § 22.1-279.6:

1. Criteria for teachers to remove disruptive students from their classes ….

Current RPS policy, dated 2012, on removal from class says the board is going to establish such policies — some day.

In 20 years since the law was signed, that day has never come.

What we are left with is the necessity for the state to take control of that system and run it to save the children. We will need a constitutional amendment to take that step. Few Democrats would vote for one because the teachers unions would revolt.

But experience in Virginia with passing and then repealing a law to take over failed school districts has shown that is what is required.

A wonderful RTD headline from 2019 says a lot:

The market may work eventually.

It would certainly work if the Democrats who control state government, VDOE and RPS had not set up impenetrable roadblocks for charter schools.

But that is not going to change except through elections. And eventually is far too far away for Richmond’s school children.

This entry was posted in Children and families, Education (K-12), General Assembly. Bookmark the permalink.