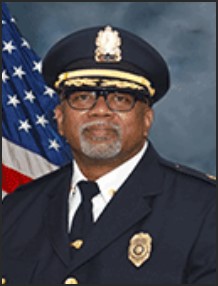 Shootings and homicides are surging in Richmond this year, and city police have a new strategy to bring the situation under control. They’re compiling a list of “shooters” and potential shooters. In a Monday press conference, Major Ronnie Armstead, who is leading the initiative, said the list includes “violent people that are known to be shooters, even if they didn’t have a record.”

The police have compiled the list, which now has about 100 names, by identifying individuals who have shot people in the past, by talking to members of the community, and by tracking social media, among other means, reports Virginia Public Media. “One thing about these individuals is they love their guns, they love to post [online],” Armstead said. “We look at things like that as part of an investigative tool to track these individuals and apprehend them.”

“We’re going after those trigger pullers throughout the city, and especially in the Big Six,” Armstead said last week. (The Big Six refers to the city’s six housing projects.) So far, police have arrested at least 45 public housing residents and charged them with 188 felony counts and 138 misdemeanors.

That seems like a positive, proactive approach. Take lawbreakers off the streets for legitimate crimes and misdemeanors, and focus scarce resources on those posing the highest risk of violence.

Of course, there’s always someone to object. VPM quotes Omari Al-Qadaffi, a community organizer with the Legal Aid Justice Center, as objecting to the focus on the housing projects, which are said to comprise 2% of the city’s land mass but 26% of its violent crimes.

Al-Qadaffi blames the Richmond Redevelopment Housing Authority for “neglect” and allowing the projects to become concentrations of crime. The city has completed phase one of its redevelopment of the particularly notorious Creighton Court, which includes the demolition of 503 housing units and their replacement with a mixed-income neighborhood. In the transition period, the apartments are empty.

“I would expect that there would be more crime in a development that has half the units vacant,” Al-Qadaffi said. “I was getting a lot of reports about residents feeling that the vacant units around them did increase crime in the community.”

It would be preferable, Al-Qadaffi said, to implement gun-violence intervention programs and connect public housing residents with resources. One such program, Operation Ceasefire, according to VPM, supposedly has successfully reduced gun violence by between 25% and 60% in Boston, Chicago, Cincinnati, Indianapolis, and unnamed locales in California.

Bacon’s bottom line: Chicago? Color me skeptical. Sixty-five people were shot, five fatally, in Chicago just last weekend. Chicago is lawless. Calling the city the “wild west” would be an insult to the wild west.

If that’s all VPM found in the way of criticism, this sounds promising indeed. Perhaps city residents are getting desperate.

Police wouldn’t have undertaken this initiative — I’m just waiting for an ACLU lawsuit — without political cover from Mayor Levar Stoney. Early in his tenure as mayor, Stoney ran on a platform of solid, efficient governance — filling potholes, funding schools, and promoting redevelopment. During the George Floyd riots, he tacked sharply to the left rhetorically, replaced two police chiefs, and presided over a collapse in police morale and a severe depletion of police manpower. After violent crime exploded, including shootings of innocent bystanders, Stoney appears to be tacking back to the center. Less social justice and more law and order.

Whatever Stoney’s thinking, compiling the shooter list is a promising idea. For the good of city residents, let’s hope that it yields positive results. Even better if other cities learn from Richmond’s success.