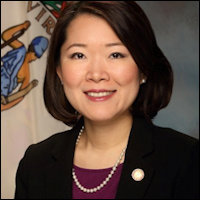 Virginia’s Medicaid program is targeting an alleged racial disparity in maternal deaths. African-American mothers have “consistently” died at more than twice the rate of white mothers during and after pregnancy, and they are more likely to die of natural causes, the Richmond Times-Dispatch informs us. (Black women are three times more likely to suffer a pregnancy-related death, according to The Virginia Mercury.)

“Maternal and infant deaths remain a troubling reality in our commonwealth and our nation,” said Dr. Jennifer Lee, director of the Department of Medical Assistance Services. “There remain stark racial disparities for African American mothers and their babies rooted in generations of racism and historical barriers to quality health care for people of color.”

This is the kind of rhetoric fostered by Governor Ralph Northam as he seeks atonement for dressing in blackface as Michael Jackson 35 years ago. “We have really tried to refocus our administration on a lot of inequities that exist in our society today,” he said yesterday. “One of the inequities that I really believe is quite glaring is the inequities of mothers of color and the mortality rate that not only they face but also that their children face. … This is unacceptable.”

So, how, precisely, will the Northam administration address inequities stemming from generations of racism? Aside from administrative changes designed to generate better data and enroll more women into the program, news accounts allude to two health-related initiatives: curbing tobacco use and connecting pregnant women with substance abuse treatment. If you are having trouble connecting the dots between “historical barriers to quality health care” and the decision of pregnant women to smoke, drink and take drugs, you’re not alone.

The data supporting the “generations of racism” argument are shockingly thin. Here’s what the RTD serves up:

It doesn’t take a PhD in statistics to observe that an increase in the maternal death rate for African-American women in the past 10 years does not support the argument that African-American deaths stem from “historical barriers to quality health care for women of color.”

In documenting its claim that three times more African-American women die from pregnancy- and birth-related causes, Virginia Mercury points to a 2010 document published by the Virginia Maternal Mortality Review team, “Pregnancy related Deaths in Virginia, 1999-2003.” The data is literally 15 to 20 years old, but apparently it’s the best we’ve got. So let’s take a closer look.

The first point worth noting is that the Mortality Review team defined “pregnancy-associated death” expansively as “women in Virginia who died while they were pregnant or within one year of being pregnant.”

Between 1999 and 2003, 210 Virginia women met this definition. The ratio of pregnancy-associated deaths to 100,000 live births over those five years averaged 42.6. Another way of looking at the data is the ratio of women who did not die from a pregnancy-associated death was 99,957.4 for every 100,000 live births. In other words, the percentage of pregnant women who die during pregnancy, birth, or within a year of giving birth is a miniscule fraction of the total number. But that miniscule number is driving assertions that the health care system is racist.

Here are the racial characteristics of the women who died:

(An aside: For some unexplained reason, Asian women — deemed in leftist circles as “persons of color” — experience maternal mortality at a significantly lower rate than blacks and whites. Do Asian women enjoy superior access to health care? Is that racist?)

Now, let’s take a closer look to see what “pregnancy-associated maternal deaths” include. Of the 210 women who died over a five-year period,…

In other words, 44% died from causes that had nothing to do whatsoever with access to pregnancy-related services in the healthcare system! The Mortality Review team concluded that only 53% of the “pregnancy” associated deaths were “definitely” or “probably” preventable by changes to clinical care, facility infrastructure, and community and/or patient factors.

You will never hear those facts from the Northam administration, nor will you read them in the RTD or Virginia Mercury.

Here’s what the Health Review team did not do: It did not adjust for behavioral risk factors such as smoking cigarettes, drinking, and taking drugs. It did not adjust for pre-existing risk factors such as hypertension or obesity. If African-American women have these risk factors at a higher rate than white women, then one would expect a higher mortality rate from so-called natural causes. But we don’t know these numbers because the Health Review did not publish them.

Let’s sum up the problems with the assertion that African-American mothers die at two to three times the rate of white mothers:

The issue of racial disparities in maternal deaths is wildly exaggerated, if not totally fraudulent, concocted by social justice advocates determined to cast the numbers in the worst possible light. The reality, based on the published data: There was no meaningful racial disparity in the maternal mortality rate 20 years ago. If there has been a surge in maternal mortality in the past five years, look for other causes.

As a hypothesis, I would suggest that rural health care in communities with large African-American populations might have deteriorated as rural hospitals have closed and as it has become harder to recruit physicians to non-metropolitan areas. But if that’s the real problem, Medicaid’s emphasis is misplaced. As with so many things, the obsession with racial disparity misdiagnoses the real problem. Flawed policy responses will harm the very people they are designed to help.

This entry was posted in Health Care, Race and race relations. Bookmark the permalink.