Public Featherbedding at the Norfolk Redevelopment and Housing Authority? 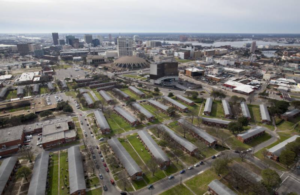 Daniel Berti published an excellent investigative report this morning in The Virginian-Pilot.

“Norfolk’s housing authority is in ‘dire’ financial condition, bloated after years of failing to downsize” details what may prove to be waste and abuse at that agency to preserve jobs as the administrative requirements and funding of the mission have diminished.

In other words, the report details what some may construe as government agency featherbedding. If it is true, it has been a big mistake, because federal dollars are involved.

I congratulate both the author and the paper on this exclusive. Please read it.

The article, as revealing as it is, does not mention the annual independent audits the Norfolk Redevelopment and Housing Authority (NRHA) is required by federal regulation to undergo.

It has been my experience over the years that local agencies spending federal funds often get into financial trouble that is traceable to audits.

Most often to good audits that are ignored.

the largest redevelopment and housing authority in Virginia and is a national leader in real estate development and property management. With a $100 million annual capital and operating budget, NRHA’s exceptional staff of 350 works with Norfolk residents to continually renew and revitalize the city.

Read about NHRA’s goals and values at that same link.

The Executive Leadership Team does not list a CFO.

Audits. Not-for-profit and governmental organizations that participate in HUD housing programs fall under the requirements of the Single Audit Act and the Uniform Grant Guidance at 2 CFR Part 200.500.

Purpose. This part sets forth standards for obtaining consistency and uniformity among Federal agencies for the audit of non-Federal entities expending Federal awards.

§ 200.500 defines the audit requirements and sets forth standards for obtaining consistency and uniformity among Federal agencies for the audit.

NRHA audits. The independent audit of the NRHA conducted for 2020 reported several issues.

The biggest background item for readers of this blog was that by HUD rules NRHA was in the process of switching roles from being a landlord of housing projects to an issuer of vouchers.

The Housing Choice Voucher program is the federal government’s main program for helping very low-income families, the elderly and the disabled to afford housing in the private market. It was previously known as Section 8.

Under that program, the regional housing authorities are not landlords; they issue vouchers to private landlords for accepting poor clients of the agencies. Then they oversee the contacts to make sure the landlords are doing their jobs. The idea, forged by years of scandal in government housing projects programs, is a good one.

The Condensed Summary of Fund Net Position June 30, 2020 and 2019 (In millions), Table 1 of that audit showed a 25% decline in net capital assets year over year.

The net decrease in assets held for sale was described as related to disposition of Community Development Block Grant Program (CDBG) assets. CDBG annual grants were issued on a formula basis to states, cities, and counties to develop viable urban communities by providing decent housing. This line item indicated that NRHA was selling those properties.

The portfolio under management was shrinking, but reportedly the staff did not. COVID money came to the rescue temporarily.

In CY 2020 HUD provided nearly $6M to the agency as costs soared attributable to an increase in usage and an increase in Housing Assistance costs brought on by the economic effects of COVID-19.

But federal program administrative fees, a major funding source for those 350 jobs, were in question in 2020.

The funding of administrative fees for the administration of the HCV program tells a different story. While the funding remained nearly level for years, the percent of full eligibility awarded has been on a steady decrease – 95.0% of eligible funding was provided in CY 2010 dropping steadily to CY 2020 where HUD provided 80.0% of eligible funding. To date, no appropriation level has been communicated for calendar year 2021; thus, NRHA has no final information on funding for the next 18 months.

Based on HUD’s discussions about future funding levels, the Authority is anticipating, at best: a continuation of the current drastic reductions in funding levels in our public housing program subsidy, administrative funding for the housing choice voucher programs, and the capital fund program funding level. To survive fiscal year 2020 and the impact of the uncertainty of a new federal government administration, the Authority has committed to the use of $1.3 million in reserves to meet operational needs. (emphasis added).

So in 2020, NRHA did not anticipate new money for staffing.

If I were managing that agency, and had to use reserves to meet payroll in 2020, I would have seen that as an action item. Today’s Virginian-Pilot article suggests no action to reduce administrative costs was taken.

Perhaps NRHA’s leadership was betting on better times for government agencies despite the auditors warning that they were not in evidence. The public does not yet have access to the 2021 audit, but I know who does.

HUD Inspector General. The state agency Virginia Housing expanded to assume the state role in administration of COVID grants, but as far as I can tell at this point, the failures of NRHA are an issue between NRHA and Department of Housing and Urban Development (HUD).

I have filed a complaint with the HUD Inspector General (IG) recommending she investigate both auditing and administrative expenditures at NRHA.

I have also asked the IG to advise whether NRHA was previously selected for a HUD IG audit and, if so, the results of that audit.