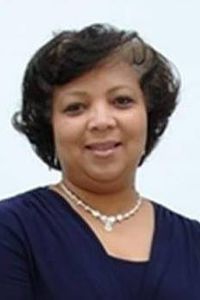 The Richmond Times Dispatch published an article on Sunday about a Virginia PTA (VAPTA) conference at Atlee High School in Mechanicsville.

Secretary of Education Aimee Guidera spoke to the attendees about the administration’s recent education report.

That report assessed that Black and Hispanic students from impoverished families had entered COVID with major academic disadvantages and then suffered the worst learning losses during COVID.

She affirmed the administration’s commitment “to ensure that there is access to quality education for every child in Virginia.”

“If” there is a concern, the solution is money.

That motivated me to take a look at the profiles of the leadership of Ms. Croom’s Virginia PTA. They are nowhere to be found. A previous web page on board structure has been removed and not replaced.

So, we do not know who the VAPTA board members are, how they are elected or how their positions on various issues are derived. Let’s look at what we do know.

Is there anything more American that the PTA? Those of us of a certain age remember the PTA as an organization that most parents joined and supported.

It was totally apolitical other than supporting school bond issue votes. My parents, who had their two children in Catholic schools, proudly voted for those bond issues even though we did not benefit directly as a family.

VAPTA. The VAPTA declares itself to be a non-partisan association. By looking at its activities of its board, that claim is hard to credit. It also is an organization demonstrably in decline. VAPTA claims “over 175,000 members.” There were 1,250,198 children in Virginia public schools in 2021-22. Do the math.

As evidence of the continuing erosion of its support and membership, VAPTA reported to the IRS in 2020 that gifts, grants, contributions, and membership fees received had declined every year in the required reporting period, 2015 ($426,508) – 2019 ($303,481), more than 85% from membership dues.

So, that report implies a loss of 30% of its membership total in five years even assuming dues did not rise during that period.

As for comity on the VAPTA board, read the “most useful review selected by Indeed.com” among its employee reviews.

Members of the current executive board frequently talk about and pit others against each other. There is a lot of backstabbing which takes place. It is a toxic mix, which is unfortunate, given the goal-oriented nature of the organization at large.

VAPTA board working environment aside, it is not hard to connect its increasingly progressive activities to that decline.

The progressive takeover of education at every level has, nationally and in Virginia, included the PTA. Their membership is way down, but increased membership is not the goal. Capturing the flag of the organization and its public pulpit has been the goal. In that the left has succeeded.

So what has VAPTA done with that pulpit?

A chronology. On June 6, 2021, members of the PTSA (Parent, Teacher, and Student Association) at TJ elected a new executive board. Quoting a contemporary account of the outcome of that election:

Those facts are not in dispute. The new board was the incredibly diverse. But, for VAPTA, too diverse.

On June 23, 2021, before the new board had even met, Ms. Croom sent a letter to that board revoking the charter of the PTSA.

Writing that she had received “numerous communications” asking her to intercede, Ms. Croom cited “continuous lack of respect and disregard” for the authority of the VAPA.

Additionally, the challenging and disrespect shown to the current President without adequate reason  other than having a majority vote does not signify a board that respects the PTA Mission, Values, Purposes and Principles as provided in subsidiary bylaws.

The current TJHSST PTSA leadership continues to imperil the reputation and viability of the association.

The “current President” was, of course, Ms. Croom. As for the “reputation and viability of the association,” consult the declining membership data reflected in the IRS report cited above.

We note that on July 18, 2021 Michelle Leete, who served as Vice President of Training of the Virginia PTA, was asked to resign after she said, “let them die,” in response to people protesting critical race theory.

Ms. Croom’s statement: “We do not condone the choice of words used during a public event on Thursday, July 15, 2021.” Choice of words. It took three days to come up with that.

Where are we now? So, where are we with regards to the VAPTA and the Youngkin administration? Just where you think.

While Virginians have no idea of the profiles of the Executive Board of our state PTA or how they were selected, we need not hold our breath for the outcome of their evaluation.